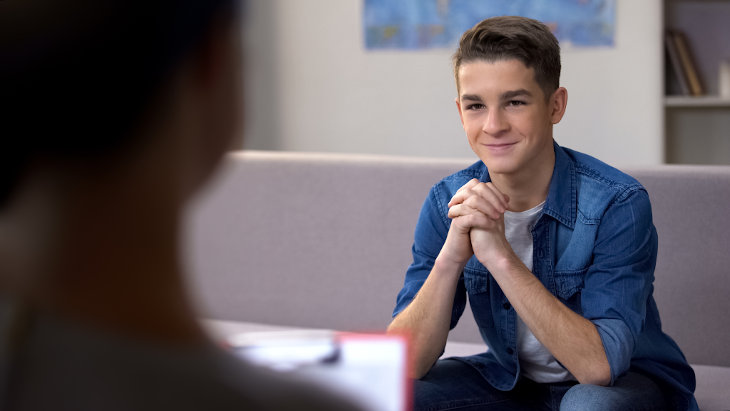 Addiction is a daily uphill battle where modern-day miracles are being performed throughout the recovery process.

As the Jewish people commemorate the miraculous victory of the poorly armed Maccabee army, we as therapists are acutely aware of a different uphill battle being fought daily – recovery from addiction – and the modern-day miracles being uncovered throughout the process.

Here are three lessons we have gleaned from work with those in recovery from addiction that have helped inspire a deeper Hanukkah experience:

1. We are not alone in our battles

Those in recovery, like the Maccabees, often feel they are up against a fearsome battle: “The progression of recovery is a continuous uphill journey” (Narcotics Anonymous).

As the staggeringly high relapse rate attests to, the odds are stacked against these soldiers who are up against an “army” that is large, fierce, and heavily armed. Unprocessed traumas and/or mental health challenges, difficult life circumstances, deep sense of loneliness and utter hopelessness, the brutal physical cycle of addiction and craving, and the list goes on.

According to natural law, the small band of Maccabees should not have defeated the enemy army. Yet their fierce will and dedication, coupled with Divine assistance, carried them into victory against enormous opposition. As expressed in the central Hanukkah prayer of Al Hanisim: "[God], in Your abounding mercies, stood by them in the time of their distress. You waged their battles, defended their rights, and avenged the wrong done to them. You delivered the mighty into the hands of the weak, the many into the hands of the few.”

The central role of Divine assistance, and the hope ignited by this support, is known quite well by those in the recovery battle. In the powerful words of 12-step literature:

"Sometimes when we pray, a remarkable thing happens: we find the means, ways, and energies to perform tasks far beyond our capacities...The central fact of our lives today is the absolute certainty that our Creator has entered into our hearts and lives in a way which is indeed miraculous. He has commenced to accomplish those things for us which we could never do by ourselves.”

Recognizing the need to turn to and rely on "something greater than ourselves” is seen as the foundation of one's power and fuel. When someone struggling with addiction internalizes the message that there is someone in their corner waging this battle together with them, they too are able to move forward through this fight. “We admitted we couldn't lick alcohol with our own remaining resources, and so we accepted the further fact that dependence upon a Higher Power could do this impossible job.”

Through the menorah lights, those confronting, loving, or treating individuals battling substance use are reminded that despite the darkness, despite the force and might of the battle being confronted, there is hope, as this is a journey that one does not fight alone.

2. It is in darkness that light is given meaning

The menorah is lit at night as darkness descends. It is in darkness that light is given its function and meaning.

The Lubavitcher Rebbe famously encouraged Netanyahu before entering into a difficult political challenge with words that he held in mind until today, "Remember that in a hall of perfect darkness, if you light one small candle, its precious light will be seen from afar, by everyone."

Working with those in addiction recovery, we continually experience the impact that can be made with but one spark of light among darkness. Alex* had come into residential treatment after a battling addiction and depression. Sitting in a group among other Jewish clients, he shared with tears in eyes:

“Since my bar mitzvah I have not thought much about what Judaism means to me. I feel now like I am searching for something but not sure what it is. When I saw there were other Jews here I realized that this connection is something I have been missing. Last night for the first time in years I said the Shema and felt something deep within turn on. Like this piece of me that has been covered up.”

This one small spark of Judaism stirred up the "pintele yid" (Jewish spark) whose light had not diminished, despite being concealed. The one small untainted sealed bottle of oil, that deep connection that is pure and authentic, is there if only we search for it.

Addiction is often a profoundly dark period filled with loneliness and despair. Yet, it is this very darkness that often becomes a powerful motivation for spiritual, emotional, and psychological growth. It is for this reason that those fighting for sustained recovery bring with them a light so beautiful and one that is palpable and contagious to those around them.

3. An ongoing cycle starts with the first step

One particularly meaningful custom is that rather than lighting all eight candles at once, they are lit in ascending order. On the first night, we light just one flame. On the second night, an additional flame is lit. By the eighth night of Hanukkah, all eight lights are kindled.

The miracle of Hanukkah is testament to the positive momentum that can be built when just one step forward is taken.

The Jewish people’s faith and hope in spite of the darkness that surrounded them was perhaps the greatest miracle of all.

On Hanukkah, the Jewish people’s faith and hope in spite of the darkness that surrounded them was perhaps the greatest miracle of all. Even in the face of looming threat, and though it seemed defeat was inevitable, the Maccabee army acted on their hope and faith.

Recovery involves making a first move. In the language of the 12-step program, it is the initial willingness to “turn our will over.” Or, similarly, that first decision to enter treatment. Making the decision to illuminate that spark of light- of hope for change and a step into the direction of healing- can trigger a continuous cycle.

Someone in the depths of despair entrapped by addiction has often lost the belief that there is hope for any form of progress let alone surmounting this battle. Once a small spark of hope is ignited- a spark of belief that I am worthy of love and acceptance, that there is a Being and a group of others who I can turn to for support- space is carved for deeper and deeper light to penetrate. When that first belief comes in and lets in even the smallest light it ignites willingness, and willingness breeds openness to change and transformation. The recovery process begins not with the big leap, but by taking a first step.

Once this momentum is triggered, cycles of darkness can not only be dispelled, but transformed and transmuted into deeper meaning, purpose, and wisdom. This is the “gift of desperation” spoken about often in recovery. People often are not able to truly get better until they are so deep in the dark that they have no choice but to come out and look for the light. They are, literally, forced to grow. It is for this reason that great people so often have a troubled past. In the poignant words of Victor Frankl, “Everything that gives light must be burned.”

On Hanukkah let us be inspired by the everyday 'Maccabees' valiantly waging the recovery battle, and know that in our own battles, we possess unthinkable strength that comes when we realize we are not fighting alone. And that it is often through darkness that our inextinguishable light can be found.

Devora Shabtai MSW, MSc, PhD candidate is a therapist and manager of the Jewish Program of Transformations Treatment Center in Delray Beach, Florida which offers evidence-based, individualized substance use and mental health treatment including detox, partial hospitalization, and intensive outpatient programs. Devora lives in Boca Raton with her husband and daughters.

Sony Perlman LMSW, has been working in the field of addiction for over two decades. Sony is the Clinical Director of Our Place New York, which is a full service drop-in center for young men struggling with addiction, mental health issues and many other difficult life situations. Sony also serves as the Clinical Director of Our Village, a high end sober living facility in Rockland County with a long term success rate. In all the time that he has been working, and the thousands of people that he has worked with, Sony has not met anyone that was not capable of healing themselves.

The Chanukah Question
The Promise Of The Land
Which Chat Are You On?: Parshas Behar/Lag Ba’Omer
Do You Like Slow-Cooked Food? Thank the Jews
Comments
MOST POPULAR IN Personal Growth
Our privacy policy