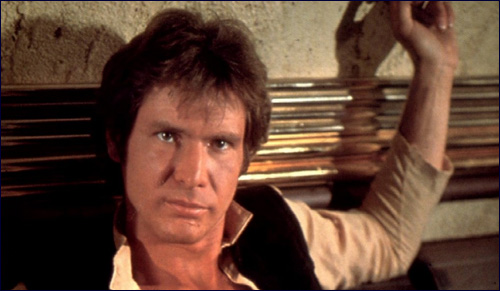 According to the Torah, was Han Solo justified in killing Greedo?

Over the years, George Lucas has rereleased the original Star Wars trilogy several times. In 1997 he started to make changes, the most infamous of which is known as Greedo Shoots First. 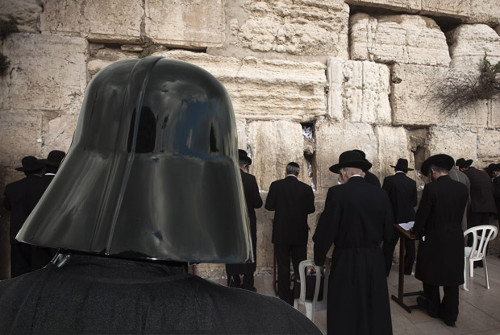 But how does he wrap Tefillin?

In all versions of the film, Han Solo is at the famous Cantina bar in Mos Eisley, when he is confronted, at gun point, by the bounty hunter Greedo. As Han tries to talk his way out of his abduction, he slowly reaches for his gun. In the original cut, Han, with the quick draw, pulls out his gun, fires, leaves Greedo dead, and casually walks out of the Cantina. However, George Lucas digitally changed the film in 1997 so now Greedo fires his blaster at Han Solo first, misses, and Han shoots subsequently. Watch below if you want to see for yourself.

I know it looks like they shot at the same time in the second version. That’s from the 2004 version where Lucas changed it even more. Needless to say, the change has sparked hot debate among Star Wars fans everywhere. “Han was so much cooler in the original.” “No! That makes Han a cold blooded killer.” “Lucas is just trying to make Star Wars more kid-friendly” and so on.

Which version of the movie is closer to what the Torah would say is right?

We find our answer in the following sentence:

If a thief breaks into your house, you have the right to kill him (unless the sun is shining on him? We’ll get to that later.). This is where the Torah teaches the concept of self-defense. As the Talmud says, “If someone is coming to kill you, get up early and kill him first!” (Sanhedrin, 72a) Now I’m sure you’re thinking…. 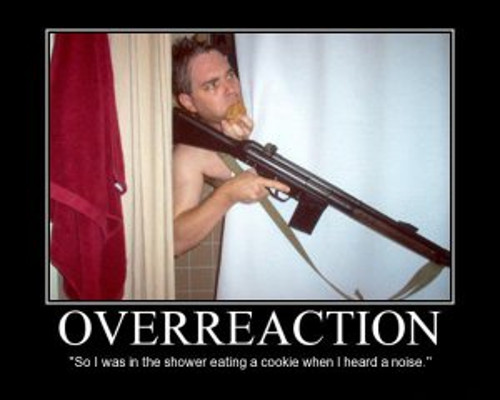 But Ben, the guy is breaking into your house… there’s no evidence he had intent to kill you. Killing him would be a disproportionate response!

Now we go back to that second line, “If the sun shone on him there is liability for his blood.” Are we going by vampire rules here? What’s with the sun shining? Rashi explains that the verse is talking about clarity vs doubt. If it is 100% clear that the intruder has no intention of killing you, you do not have the right to kill him. (For example, you rip off the mask of intruder and it’s your bubby!) You cannot act in self-defense only if you are absolutely certain that there is no threat to your life. But if there is a threat, the Torah permits you to take whatever action is necessary to protect yourself.

By breaking into your house, the intruder has made the decision to put himself into a situation where if he gets caught, he’s going to fight like hell to get out of said situation. When you spot him, there’s a reasonable chance “fight like hell” could lead to him killing you. Because of that possibility one has to prepare for the worst case scenario (as if he will kill you). Hence you have the right to defend yourself even if the intruder hasn’t explicitly threatened you.

Back to the important matter, Star Wars. 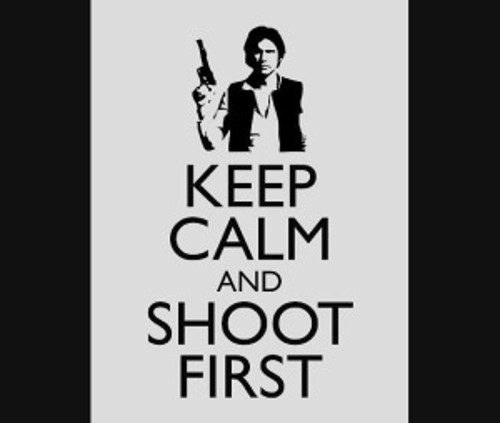 So was Greedo a threat to Han Solo’s life? Well, as you can clearly see from the video above, Greedo’s gun is out and pointed squarely at Han’s chest. Now Greedo is a bounty hunter. The gun is an extension of his job and he may be within his rights to pull said gun on a criminal (or someone owing money to whoever hired said bounty hunter). So Greedo’s not guilty yet. There might still be “liability for his blood.” But that’s assuming that Greedo is working for legitimate law enforcement or that Han’s crime deserved the death penalty. But since we will come to know that is not the case, we could argue from this point Han is justified in killing Greedo.

Han tries to plead his case to Greedo, saying he has the money for Jabba. But then Greedo extorts Han saying, “Then give it to me and I might forget I found you.” Now Greedo has crossed the line into armed robbery. At this point Han definitely has the right to kill him. (It’s after this line that Han reaches for his gun.)

But Greedo doesn’t stop there. He says Jabba will take Han’s ship, the Millennium Falcon. Han declares, “Over my dead body.” And Greedo responds, “That’s the idea. I’ve been looking forward to this for a long time.” Now we are 100% sure of Greedo’s intention to kill Han and there’s no doubt of Han’s justification. The original version of the film is the winner! 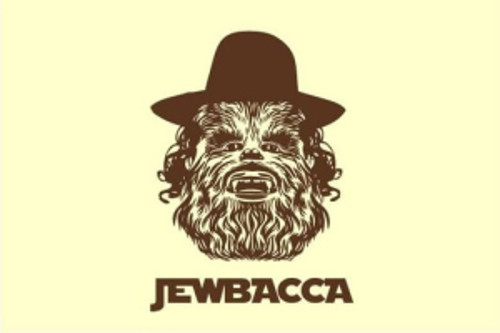 May the Source be with you.

To see more articles like this one from Benjamin, visit www.sixdegreesofkosherbacon.com. 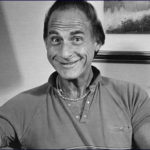