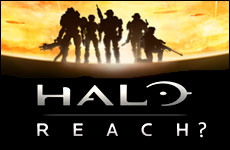 Do violent video games have a detrimental effect on our psyche?

Bob stands with his back to the wall, heart pounding, muscles taut, eyes straining to see through all the smoke and dust. Looking at his wrist-mounted satellite video feed, he can see the enemy regrouping just around the corner for the next attack. Of his original unit, one is dead, two missing, and the other two under sustained fire near the chopper.

His helmet monitor is blazing with red warning icons. His QCB powered armor system is losing effectiveness due to a battery pack leak, his MA37 assault rifle is running low on ammo, and a pair of XMF-31 assault aircraft will reach the zone in 41 seconds.

But he’s a SPARTAN- B312, a Noble Six commando, a hyper lethal soldier, and this is the stuff he eats for breakfast. (As a matter of fact, he will eat breakfast and head out to work as soon as he’s finished this battle, and he’s LATE!!) He pulls his visor down over his helmet and throws a M9 High-Explosive Dual-Purpose Grenade around the corner, charging out into the open parking lot, headed for the building at his ten o’clock.

Two Covenant fighters begin racing after him, plasma guns blazing. Bob lets the whole world go into slow-motion as he hurls himself into the air, slowly twisting around to face his enemies and shooting at them with everything he’s got. They both go down, blood spurting, writhing in pain, and he lets the world speed up again as he gives himself a  blast of Turbo Boost and makes it into the building just seconds before the XMF-31 aircraft come screaming through the air, laying waste to the entire lot he just left behind.

Suddenly Bob feels a tap on the shoulder. Spinning around, expecting to see a Covenant android soldier with a Type-52 Special App Rifle pointed at him, he sees his mother.

Bungie studios released Halo:Reach on September 14, 2010 and by the end of the day had grossed over $200 million in sales. By the end of the first week, over 70 million online matches were logged, with players putting in roughly 6,000 years worth of time shooting at each other1, about the same amount of time as recorded human civilization. When they weren’t doing that, they uploaded over two million files and completed about 20 million daily challenges. And it wasn’t all for naught, as they earned a whopping 165 billion in credits to spend on new armor.

But even with all those numbers, it still wasn’t the most popular game of the week. That honor was given to Call of Duty: Modern Warfare 2 which grossed $310 million in its first 24 hours.

The Halo games have been rated "Mature Only" by the Entertainment Software Rating Board for everything from Blood and Gore, to Language, Partial Nudity, and Violence. The more popular Call of Duty game is also rated Mature for Blood, Drug Reference, Intense Violence, and Language2. And this is not in small doses — the average gamer devours 18 hours of streaming violence, partial nudity, gore, language, and blood every week3.

What kind of effect do these games have on people?

Some say that it is harmless because gamers know that it is all just a game. They cite studies that show that apes differentiate between play fighting when they just tussle, and real fighting when they rip each other apart. This is proof that deep in the psyche there is a clear wall between real fighting and gaming. In addition, they point to dropping levels of violent crime all over the country despite the rise of violent games.

Others say that the intense violence is having a very detrimental effect on our youth (and not-so-youth – the average age of gamers is 32!). They cite a study in the March issue of Psychological Bulletin, a journal of the American Psychological Association, which shows that playing violent video games increases violent thinking, attitudes and behaviors among players4.

The Torah has an interesting mitzvah that might shed some light on this issue. There is a law in the Torah that says a person who inadvertently kills someone must flee to a City of Refuge. During Temple times, the Torah commanded all Jews to make pilgrimages to the Temple to be close to God during the holidays. Interestingly, the Torah also commands the Jewish people to put signposts at every crossroads directing inadvertent murders to the closest City of Refuge, but it does not command people to make signs to help pilgrims find their way to the Temple! Why are we helping the murderers but not the pilgrims?

The Sages explain that every interaction we have leaves an imprint on us. Even talking to a person who just murdered someone inadvertently could desensitize us.  God didn’t want us to come into contact with murderers so He commanded that we make signage to help them along.

But having an interaction with someone going on a pilgrimage to Jerusalem could have a positive effect on people. So we don’t put up signs; instead we are encouraged to enter conversations with the people along the way.

If a two minute conversation giving directions to someone can impact our soul, how much more so would actions over a sustained period of time.

In Ethics of our Fathers, the Sages praise the mother of Rabbi Yehoshua, and credit her for some of his greatness. From the time he was a baby, she would park his carriage right next to a house of Torah study so that only words of holiness should go into his ears. On the flip side, children who grow up hearing swearing from adults and video games begin swearing at a much younger age, as a recent study by the Massachusetts College of Liberal Arts indicates.5

Jewish teachings seem to indicate that violent video games have a detrimental effect on our psyche, and science seems to agree. Yet we still have a significant affinity toward them, and spend enormous sums of money and time on them.

Why is that? And what does that say about us?

Join the discussion in the comment section below with your thoughts, experiences and feelings on this important topic.

Muslims Yes, Jews No: The Hypocrisy of the NY Times

Today's Hero
In the Shadow of David and Goliath
Where Do the Laws of Nature Come From?
Saadiah Gaon, Rashi and Maimonides: How Three Rabbis Revolutionized Judaism
Comments