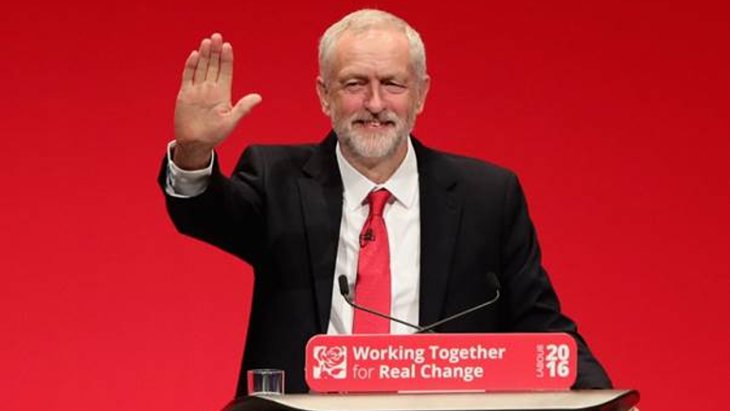 This battle is over but we still have a war to fight.

Jewish people sighed collective relief in the early hours of Friday morning, the 13th December. We could finally say good riddance to Jeremy Corbyn, one of the most openly anti-Semitic political leaders in the Western world. The man who said Hamas is working for "peace and social justice" and that "The BBC has a bias in favour of saying Israel has a right to exist." The man who laid a wreath on the grave of one of the Munich Olympic terrorists.

Friday morning I even received some messages from people quoting the Book of Esther: "And in the twelfth month...on the thirteenth day [uncanny timing!] thereof, when the king's order and his edict drew near to be put into execution, on the day that the Jews' enemies looked forward to ruling over them, it was reversed, the Jews ruled over their enemies." (Esther 9:1)

While it is true that we can sigh a collective relief at the election result, there are unfortunately worrying trends that need to be confronted.

First of all, Corbyn still secured the vote of roughly one in three people. It should be nowhere near that high for a man who holds his beliefs.

Secondly, young people are still voting overwhelmingly for Corbyn, and on UK campuses Corbyn and his style of far-left, anti-Israel politics is very much celebrated and preached. In fact, in this election it was the university cities that were the key wins for Corbyn.

So while the British public roundly rejected Corbyn, the future for the UK as older generations pass and new generations, educated on radical campuses, increase their percentage of the electorate is deeply concerning.

It is a priority to help student movements in the UK that aim to fight back against the far-left culture on college campuses.

And this is not a problem limited to the UK. The United States is also seeing similar trends. Alexandria Ocasio-Cortez (as well as other voices in her party) endorsed Jeremy Corbyn and embraces his type of far-left politics. At the very least she was ignoring Corbyn's anti-Semitism; at the very worst embracing it.

And this issue of anti-Semitism is not limited to the far-Left either. We are also seeing a slow, creeping increase in the volume of the far-right or "alt-right" voices in the West - those that want to see the "white race" preserved - a more old fashioned style of anti-Semitism and racism.

I consider the far-Left to be a bigger threat because they are still seen as more acceptable. The far-Left can write articles for the New York Times. The white supremacist alt-right can't appear on Fox News. But we must remain vigilant to these forces and do what we can to fight them.

Fortunately Jews have many friends in the West, and it seems the majority are with us. But the trends among the upcoming generation aren't looking great. We cannot stop fighting back against the radicalism on both sides.

So as far as Jeremy Corbyn is concerned, we may have won the battle, but the war rages on.

The Bottom of Your Shoes

Jose Fernandez’s Untimely Death: A High Holiday Message
Don’t Believe in Other Gods Versus God is One
Seeing Without Eyes
Why Shouldn’t We Eat Whatever We Want?
Comments
MOST POPULAR IN Current Issues
Our privacy policy
Aish.com Is Looking for Great Writers