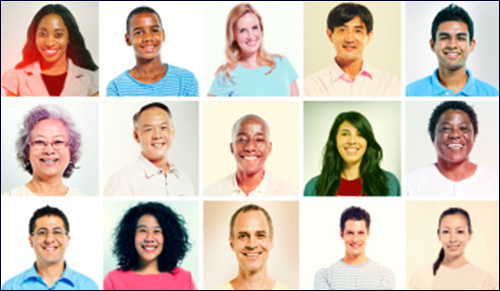 And it doesn’t have four legs.

Usually when we think about the wondrous world the Almighty made, we focus on the animal kingdom – the majestic lions, the regal giraffes, the whimsical anteaters. Or we marvel at the sea life – the delicious-tasting fresh water fish, the vibrant colors of the salt water fish, the viciousness of the piranhas, the cold eyes of the sharks. We may even be amazed by the incredible variety that exists within the insect world (my grandson was in awe after visiting the spider exhibit at the local natural history museum – he even informed me that spiders aren’t actually insects!).

But when I saw an ad recently for the Professional Bull Riders championships, I realized that we frequently miss the most amazing creature of all – the human being.

There is a contest for every type of feat imaginable (check out the Guinness Book of World Records if you don’t believe me) – from strong men contests where they lift large tires, refrigerators and even cars and trucks to the most milk crates balanced on the chin (must really make his mother proud!) to the (who thought of this?) the fastest time to place six eggs in egg cups using only your feet.

And that’s just the tip of the iceberg. The creativity and imagination of human beings is astounding, along with the desire to excel at something, anything.

And one look at the type of jobs featured on the Discovery Channel’s “Dirty Jobs” further illuminates how many different types of people there are – and interests and career paths to go along with them. We know it’s true but it’s stunning to see the variety of affinities, of strengths and weaknesses, that exist among this most exalted of the Almighty’s creations.

There are sewer inspectors and people who make mannequins (I think the sewer inspectors are actually doing the better job – my plumbing works fine but have you ever seen a human being that remotely resembles those store-window mannequins or vice versa?). There are those whose job it is to ensure the mating of camels (I haven’t seen the show but I can’t help wonder: didn’t the Almighty create the animal world in such a way that camels mate without human help?) and there are people who choose to be ostrich farmers (did some little boy say to his father, “When I grow up I want to be an ostrich farmer.”?).

There are dentists for large animals (with large teeth that are “all the better to eat you with”) and there are seasonal works who are Rose Parade float dismantlers. There are geothermal well drillers and, my all-time favorite, owl vomit collectors. (I didn’t see that show either so I don’t know why or where they collect it but I think I can safely state that it’s not akin to having a stamp collection.)

How could we all have such different interests and passions? And find a way to use them?

Ethics of Our Fathers teaches us that the wise man learns from everyone. Every human being has something to teach us. Anyone who has made themselves an expert in their field, who takes pride in their work can teach us something new – interesting ideas and fun facts, as well as dignity and self-respect, even if they work in the sewers.

Our lives are enriched through knowing people who are not just like us, by seeing the world through someone else’s eyes.

When we got to the zoo, everyone loves the monkeys and especially the gorillas because they act the most like humans.

But why spend time watching animals act like humans when we can watch the humans themselves (hopefully not acting like animals)?

We’re so used to seeing people everywhere that we’ve forgotten to really notice them. We’d rather see exotic sakes or polar bears.

But it’s the human beings who are truly fascinating – each in his or her own unique way. They are a tremendous gift from the Almighty. We just need to remember to look.

When My Husband Sat Shiva

You Know Your Faults. Do You Know Your Virtues?
Deep Breaths
What Happened to the Truth?
The Japanese Everything Bagel Spice Recipe
Comments
MOST POPULAR IN Family
Our privacy policy