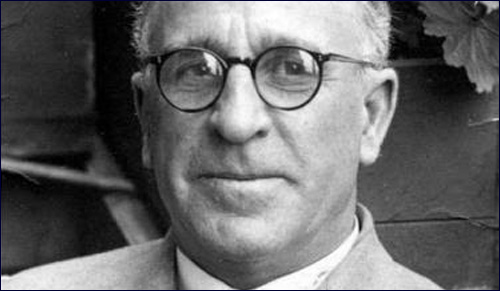 This unassuming man was a hero who led a dangerous double life in Nazi Germany as head of Britain’s intelligence service.

Frank Foley lived a quiet life in a small English town after World War II. His neighbors had no idea this short, unassuming man was a hero who led a dangerous double life in Nazi Germany as head of Britain’s intelligence service. He also risked his own life to save thousands of imperiled Jews.

Based in Berlin in the 1930s, his official job was to be Britain’s passport control officer. In actuality, he was the head of the Berlin office of MI6, Britain's secret intelligence service. 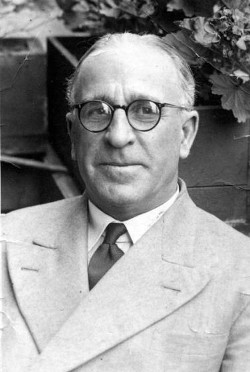 As a spy, Major Foley had a very dramatic career. He organized the operation that saved Norway’s gold reserves from being looted by the Nazis and persuaded leading German scientists not to pass on essential data about atomic research to the Nazi leadership. He also convinced scores of German spies to become double agents.

A life-long devout Catholic, Foley was greatly moved by the Nazi persecution of Jews, helping thousands to escape from Germany. 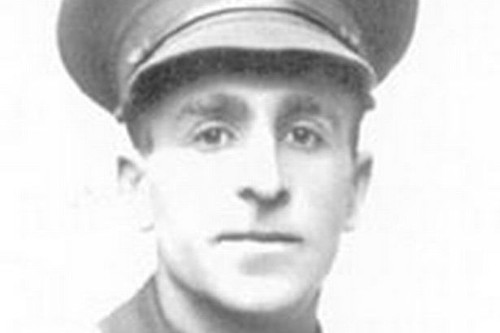 Following Kristallnacht in 1938, he wrote in a confidential report to London: “The Nazi party has not departed from its original intentions and its ultimate aim remains the disappearance of the Jews from Germany.”

Though immigration rules still remained strict at that time of economic depression, many Jews realized the danger and tried to flee from the Nazi threat.

Defying the unrelenting policy of his own Foreign Office, Foley issued 10,000 visas for British Mandate Palestine. Without diplomatic immunity in Berlin, he ran a serious risk of being discovered by the Nazis. Despite the great personal danger to himself and his family, he continued to forge visas and passport documents for Jews attempting to flee Germany and Austria. He entered concentration camps to secure the release of Jewish prisoners. It is believed that he saved about 10,000 lives.

"Jews trying to find a way out of Germany queued in their hundreds outside the British consulate, clinging to the hope that they would get a passport or a visa. Day after day we saw them standing along the corridors, down the steps and across the large courtyard, waiting their turn to fill in the forms that might lead to freedom. In the end, that queue grew to be a mile long. Some were hysterical. Many wept. All were desperate. With them came a flood of cables and letters from other parts of the country, all pleading for visas and begging for help. For them, Frank's yes or no really meant the difference between a new life and the concentration camps. But there were many difficulties. How could so many people be interviewed before their turn came for that dreaded knock on the door?

“Frank worked from 7 am to 10 pm without a break. He would handle as many applications himself as he could manage and would walk among his staff of examiners to see where he could assist them, or give advice and words of comfort to those who waited."

Wim Van Leer, also involved in helping Jews to escape from Nazi Germany, noted that "the winter of 1938 was a harsh one and elderly men and women waited from six in the morning, queuing up in the snow and biting wind. Captain Foley saw to it that a uniformed commissionaire trundled a tea-urn on a trolley along the line of frozen misery…”

Miriam Posner, a Jewish girl of sixteen, traveled from East Prussia to beg for a visa to Palestine, although she did not meet Britain’s stiff conditions for entry. She maintained: “Foley saved my life. We heard that there was this man Foley who was kind to the Jews. My mother begged him. He just paced up and down a little and then asked for my passport and put the visa stamp on it. He did not ask any questions.” She added, “He was small and quiet. You would never suspect he was a spy.”

Ze’ev Padan’s father was interned in Sachsenhausen concentration camp when Foley rescued him. Ze’ev too was saved by Foley’s defiance of authority.

By the time of the infamous Kristallnacht pogrom in November 1938, Foley and his wife had undertaken something even more dangerous: sheltering Jews overnight in their apartment. Among their ‘guests’ was Leo Baeck, chairman of the Association of German Rabbis.

In September, 1939, when the war began, Foley returned to England. However he left behind a thick stack of pre-approved visas with instructions they should be distributed to people fleeing the Nazis.

After the war Frank Foley and his wife Kay retired to the small town of Stourbridge. He lived quietly, enjoying his garden and chatting with the local children. Since he rarely mentioned his wartime experiences, the neighbors had no idea that a hero lived in their midst. 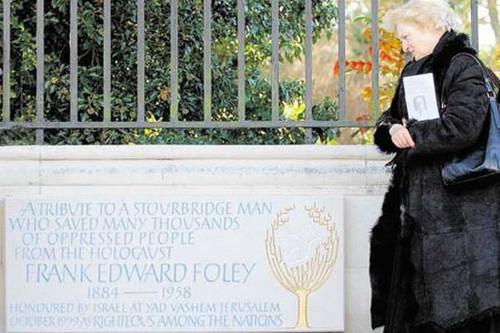 Kay Foley at her late husband’s memorial plaque in Stourbridge.

He died in 1958 at the age of 74. Three years after his death, Mrs. Foley finally revealed the brave exploits of her late husband.

Foley clearly ranked alongside the likes of Oskar Schindler and Raoul Wallenberg and yet his name was virtually unknown. I set out to find out the truth about Foley. One of my first stops was Yad Vashem, the Israeli Holocaust Memorial Center, where I asked if Foley had ever been considered for the honor of Righteous Among Nations, the accolade accorded to any gentile who helped save even one Jew from the Holocaust.”

Although officials at Yad Vashem had heard of Foley, they claimed there was no evidence to support his case. However a document in their archives written by Hubert Pollack, a Jewish aid worker, who had worked alongside Foley in Berlin, described how Foley had saved tens of thousands of Jews from the Nazis. 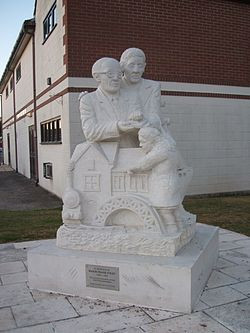 This was the first of many testimonies by prominent Jews who had known Foley. The most dramatic came during the 1961 trial in Israel of Adolf Eichmann. One of the chief prosecution witnesses, Benno Cohn, former chairman of the Zionist Organization of Germany, paid tribute to Foley:

“There was one man who stood out above all others like a beacon. Captain Foley, Passport Officer in the British Consulate in the Tiergarten in Berlin, a man who in my opinion was one of the greatest among the nations of the world. It was possible to bring a great number of people to Israel through the help of this most wonderful person. He rescued thousands of Jews from the jaws of death.”

Hubert Pollack, a Zionist agent, pointed out that Foley was also aware of the secret Zionist organization Mossad LeAliyah Bet which smuggled Jews into British-controlled Palestine. However Foley had not reported it, as required, to his superiors.

Thanks to the Holocaust Educational Trust, the evidence collected by Michael Smith was given to Yad Vashem. After officials interviewed the living witnesses he found in researching the book, in 1999 they finally awarded Foley the well-deserved title of Righteous Among the Nations and a tree was planted in Jerusalem for this quiet hero.

Blue-Collar Hero: Zanis Lipke of Latvia
Where Are We? The Body, Brain, Soul Problem
Dr. Sheila Nazarian’s Escape from Iran
The Miami Boys Choir is Taking over TikTok
Comments
MOST POPULAR IN Holocaust Studies
Our privacy policy
Aish.com Is Looking for Great Writers