Four Ways to Deal with Suffering 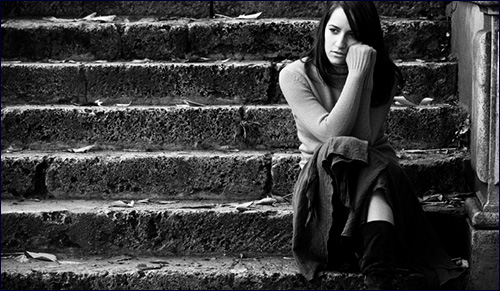 On rebuilding the shattered pieces.

It was my second midnight shift as an emergency room volunteer when it happened. I was 18 and thought I knew everything about life. It had been relatively quiet when suddenly a code blue was announced and doctors and nurses began running through the corridors. Several victims of a gang fight were being wheeled past me, writhing in pain. A head nurse grabbed my arm. “Sit with the mother in this room. Make sure she doesn’t come near the operating theater.”

I’m just a volunteer. Don’t they have hospital social workers for this? But I didn’t have time to protest. The head nurse was gone, and I was left with a sobbing woman whose son had just been shot. We sat in the tiny, white room with the door closed to the chaos outside. She began mumbling incomprehensible strings of words that I couldn’t understand, and it became clear to me that she didn’t know any English. I sat next to her on a stiff, plastic chair and held her hand.

My eyes traveled to the painting on the wall; it was so hard to look into the face of such raw, unbearable pain. But I forced myself to look away from the painting and be present for this stranger in front of me. I learned more in that sparse white room that harrowing night than I did the rest of my sophomore year. The mother lost her son that night. He was 12 years old, accidentally caught in a crossfire. I wasn’t the one who told her, but I was there when the head nurse came to get her. And without a word, when we saw the nurse’s face, we both knew that he hadn’t made it.

That moment created a shift in my perspective. I couldn’t pretend that life was an endless opportunity, going on forever. For the first time, I let go of the illusion that we are the ones in control of our fates.

As the Nine Days begin, leading up to Tisha B’Av, the darkest, most painful day of the Jewish calendar, wrestling with suffering dominates our thoughts. There is so much we are already grieving for right now. There seems to be no end in sight for the war in Gaza. And every life that is lost and every person that is injured pulls us further down into this deep well of pain. What can we learn from the pain? What can we do with the suffering? How can we find God when He is hiding His Presence?

1. Learn to accept. We are a culture that focuses on achievement and persistence. Most of the time this serves us well. But after a trauma, people sometimes need to adjust to a new reality with different limitations. Thinking that life can and will continue the way it did before becomes an obstacle to moving forward.

David B. Feldman and Lee Daniel Kravetz, authors of Supersurvivors: The Surprising Link between Suffering and Success, write, “Giving up is sometimes the only way to move forward. Truly accepting the consequences of a trauma with realistic thinking rather than delusional positive thinking, can open people up to true hope-something that enables setting and achieving goals that ultimately can improve one’s life.” (Supersurvivors, p.28) There is an expression that God never closes a door without opening up a new one. This is often true, but sometimes we are asked to sit in a waiting room before we can go through the next door. What will we do while we wait? Will we accept where we are and create new goals? Or will we impatiently knock on the closed door, still focused on what was supposed to be?

2. Stop trying to press the reset button. Many of us have ideas and assumptions about the way that the world works. We hold onto these ideas because they make us feel secure, and they keep our daily lives within a familiar comfort zone. But trauma and suffering shake us out of that zone, and however much we may want to, we can’t press a reset button and go back to viewing life the same way as before.

“Imagine you own an expensive porcelain vase, one you dearly love, and one day, you stumble and accidentally knock the vase to the floor, shattering it. What’s your initial impulse? If you’re like most people, you want to repair it. This means supergluing the vase together, attempting to make it look exactly as it did before. But no matter how hard you try, this often isn’t feasible. Some pieces may be lost; others may be too small to glue. So, if you can’t put everything back the way it was, the best you may be able to do is assemble the pieces in a new way that is functional and still beautiful.” (Supersurvivors, p. 64)

This is what God asks of us during this time of mourning. Look at the broken pieces. See the gaps within you and within the world. And then take the pieces and the gaps and form them into a new creation. A different way of viewing life. A new way of approaching challenges. We can’t make the shattered vase look exactly the way it did before, and in the end, we wouldn’t want to anyway.

3. We need each other. According to several studies, having people around us who we can connect to and who care about us can mean the difference between life and death. Even in cases where patients were visited by volunteers that they didn’t even know, those who interacted with others on a daily basis, passed away at a third of the rate as those who refused volunteer visits. (Journal of Health Psychology, Kathryn Herbst-Damm and James Kulik, 2005) Numerous studies have found correlations between close connections with family members and friends and overall improved rates of well- being. The most important element is the amount of emotional support a person feels that he can count on from others. Bottom line: We need each other.

4. Pick up the wake-up call. As E.M. Forster once wrote: “Death destroys a man; the idea of Death saves him.” People can go through harrowing, near death experiences and move almost immediately into denial mode the next day. This is why many studies show that when people are exposed to death and trauma, they often become more materialistic and focused on consumerism, believing that wealth somehow protects us from dying.

But wrapping ourselves in that illusion is dangerous. A wake- up call that we don’t pick up can turn into a siren. And refusing to face the very real idea that all of us have a limited amount of time in this world prevents us from living the authentic, goal-saturated lives that we yearn for.

As the Nine Days begin, I think back to how uncomfortable I was in that tiny, white room with nowhere to look except into the face of suffering itself. I think about how much I didn’t want to be there. I didn’t want to see the raw pain of someone who could never go back to life as she knew it. But ironically, bearing witness to that kind of pain taught me an indelible lesson in the power of hope. How life does not only go on after suffering; the pain itself can move us into a different realm where we can focus on what truly matters to us.

As we begin mourning for all that has been destroyed, we are simultaneously rebuilding the shattered pieces inside of us. In the midst of grief there are always glimmers of redemption, waiting for us to see them.

Survivors move on after heart-breaking tragedies. But super survivors teach us to reach into the deep well of resilience and hope within us. They show us how we can transform seemingly bottomless pain into stepping stones of extraordinary growth. How we can reach out for the real Source of comfort and find Him hidden within the pain itself. How we can find life within death, light within darkness and hope within destruction. “Those who mourn for Jerusalem today will merit seeing its rebuilding and its greatest joy tomorrow.” (Talmud, Taanis 30b)