Following Our Own Path 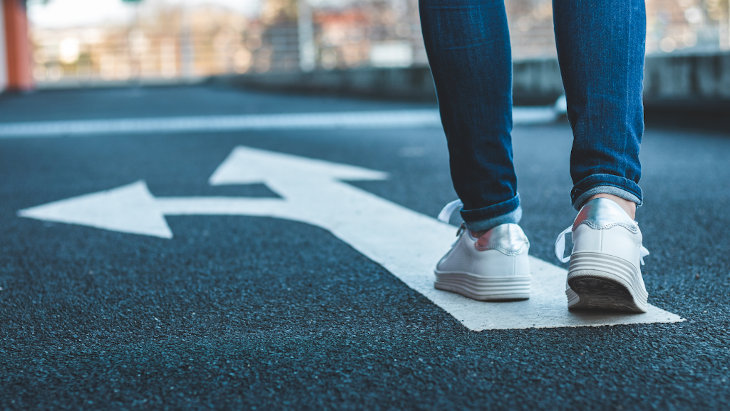 Don’t squash your children's individuality. The Almighty created each of us differently for a reason.

My friend’s daughter recently finished her medical training (med school, internship, multiple residencies and fellowships) – it took approximately 13 years, lots of determination and the ability to function without sleep.

It also took the ability to ignore society’s expectations to follow her dreams. As her mother said, “She took Robert Frost’s road less travelled.”

Another friend has a child who has moved from job to job, from one career aspiration to another, as he searches for the one that suits his temperament, personality and goals. “He’s following his own path,” mused his fond but slightly frustrated parent.

A third friend has a child playing in a band in their garage and hoping for his big break. He’s not just marching to the beat of a different drum; he’s playing the drums himself.  And she is happy to support his quest to follow his dream (within reason of course!).

We feel we must explain ourselves when we or our offspring choose his or her own path. But shouldn’t we all be choosing our own path?

There is definitely some tension in Jewish life between community needs and responsibilities and those of the individual, but one doesn’t obviate the other.

The Almighty created each of us differently for a reason. We each have something unique to contribute to the world. We don’t want to squash our individuality, to waste our gifts and talents because they may be slightly unusual. We want to be able to develop them and thrive within our community.

Each of the 12 tribes of the Jewish people has special attributes and a special role to play in the land of Israel and in the life of the nation. They weren’t created all the same; that would have led to a very limited people. And we embrace and value those differences. They made us who we are today; they made the Jewish people what it is today.

I’ll never forget years ago when someone I know left his non-religious life behind to become more religiously observant, there were whispers behind his back. “He was always searching,” they said, as if it were some dreadful disease.

“Shouldn’t we all be?” I responded.

Shouldn’t we all be listening to the beat of our particular drummer, making the most of our unique potential? Shouldn’t we all try to discover who we are, what we are best able to give, what is the most productive path to growth?

I think that if our children are following their own path, we shouldn’t whisper it sotto voce but we should shout it from the rooftops. We should hold it up as a model to follow. Our communities grow and flourish through the contributions of the all the different types of individuals who reside within it. Why would we want to limit us or them?

Show Up and Show You Care

My One Hour Mini-Vacation

Invasion of Privacy
Why Are The Prayers Of Yom Kipur So Repetetive?
Ha'azinu 5783: A Time for Unity!
Twisted Thinking
Comments