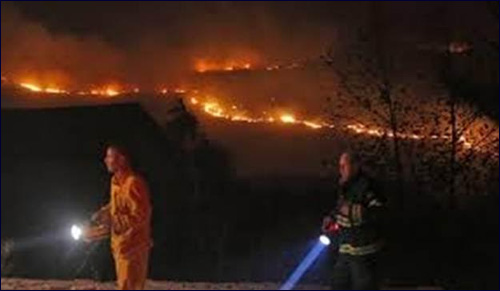 The air was thick with smoke and a black swirl rose in the distance as Ruchama and Zvi Berkovitch arrived at their daughter, Leora’s, and her husband, David’s home in Mevo Horon, a small gated community of a few hundred families. The local town committee had just warned its residents to remain inside for all of Shabbos due to the poor air quality.

On a hilltop above Mevo Horon in a small village called Nataf, a fire was burning, the second one that week, and the town’s one hundred families had already been evacuated. Now the residents of Mevo Horon wondered what their fate would be. 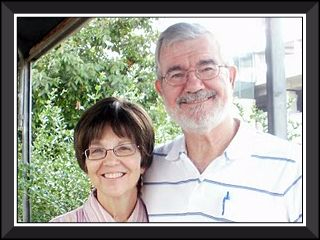 With sealed windows, at 4:20 p.m., Ruchama and Leora lit candles to usher in the Shabbat. The flames they lit were controlled and spiritual in contrast to the destructive, wild flames ignited by terrorists in the neighboring town of Nataf.

Ruchama and Zvi were not the only guests. A couple who had just made Aliyah came for dinner with their children who lived on the outskirts of Mevo Horon. When the guests arrived, they brought the heavy smell of smoke into the house. The fierce wind threatened them with its screeching and banging against the windows.

One of the guests returned home in the middle of the Shabbos dinner to check on his house. When he returned, he spoke in Yiddish so the children wouldn’t understand. The flames, he said, were now visible from his home. The couple and their family left the meal early and Leora decided to pack an emergency bag in the event of an evacuation. After all, earlier in the week, 75,000 people had to flee their homes in Haifa due to poor air quality and threat of fire. And early Thursday morning, arsonists had set fire to Beit Meir, a small village near Jerusalem, displacing many people and destroying much of the town. Ruchama even considered sleeping in her clothes, but decided in the end to change into pajamas.

Though they tried to turn in early, sleep eluded them. At 9:15 p.m., a community representative arrived at the house to tell Leora and David to prepare for evacuation. While Leora was already packed, this new reality caused her to reconsider what she should and shouldn’t pack. 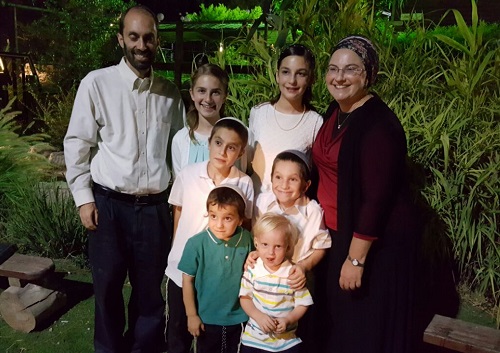 Leora and David Betesh and family

What are the most important items to retrieve if fire threatens to burn your house down? Clothing, photo albums, important documents, toys to occupy the children, food? It all seems so necessary.

Just as the flames neared the invisible line, the wind suddenly shifted direction and the fire blew back up the hill.

The next morning, they found out why. The fire was, in fact, racing down the hill from Nataf to Mevo Horon during the night. The local government committee studied the hill and drew an invisible line. If the flames would cross over that line, they would evacuate the town. The buses were on stand-by ready to transport the town’s population.

But around midnight, just as the flames neared the invisible line, with a Shabbat evacuation appearing imminent, the wind suddenly shifted direction and the fire blew back up the hill.

Those who saw it happened considered it a miracle.

By the morning, the air had cleared considerably and the wind had calmed down. Airplanes flew low, back and forth all Shabbos, in the direction of Nataf, and helicopters as well as special security patrols were visible in Mevo Horon. It was an unusual sight as on Shabbat, there are generally no moving vehicles in the area. It was a reminder of how close the Berkovitchs and their family were to danger, how narrowly they escaped, and how vulnerable they still were. But more than that—they saw first-hand how many people were working behind the scenes to keep the people of Israel safe. And they were grateful. 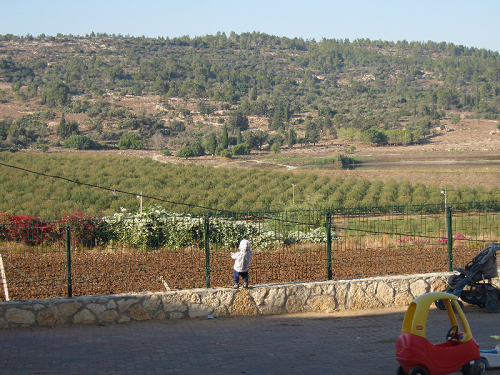 The view from our driveway

No one can say why Mevo Horon was saved this past Shabbos and Nataf was not. Why places like Beit Meir and Haifa experienced such devastating blows. One can only pray for those that have been left homeless and bereft and be grateful to those who risk their lives and give up their time to help their fellow man. And grateful for the miracles that God performs.

The First of the Fallen
Near Death Experience Panel
The Western Wall: The Heart of the World
Ask the Right Question: Tisha B’Av
Comments