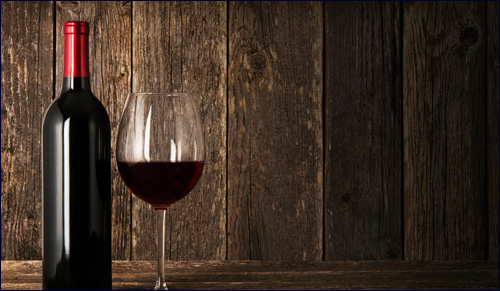 Taken out for dinner by friends, what would you do if your child ordered a very expensive bottle of wine?

I was reading a Wall Street Journal article about wine etiquette recently. I don’t even like wine; it was the etiquette part that caught my eye. By etiquette the author (Lettie Teague) did not mean how to swirl, taste and spit. She was talking about the ethics involved in ordering expensive wine, sharing expensive wine and other travails of a world I don’t inhabit.

There was one story that struck an interesting chord. A couple, who had spent the weekend at their friends’ beach house, wanted to express their appreciation by treating their friends to dinner. So far, so good. At this dinner, their friend’s 20-something son apparently ordered some very expensive wine. The hosts were upset; their “free” weekend was no more.

Ms. Teague expressed outrage over the fact that the friend’s expectation of a free weekend was dashed by the extravagant wine-ordering practices of their friends’ son. I’m wondering why no one was concerned about their friends’ parenting. Why didn’t the friends gently, and without humiliating him, change their son’s order? Otherwise it seems that they, too, thought it was appropriate. Did they want the expensive wine themselves and use him as their vehicle for ordering it? He was not the one who had done the kindness. He was not the recipient of the guests’ appreciation.

Assuming the parents felt badly, couldn’t they have said (nicely and cheerfully) something like “I’ve had that wine and while it’s good, I think the $50 Gualdo del Re 2003 L’Rennero Merlot is just as nice” or “Jake, you certainly have good taste. Would you mind if we got the St. Hugo Shiraz instead? I find it lighter and more pleasant.” With a little thought, there are many things that a considerate parent could have said.

My concern here is not for the bank account of the guests – although I’m sure they were frustrated. I’m wondering about the future of this young man who is allowed to get away with this, who thinks nothing of taking advantage of people in that way. I hope it’s not already too late. A reprimand would be embarrassing and ineffective; he may be too old for his parents’ rebuke. But perhaps if they had turned around the situation in a more thoughtful fashion, he would have gotten the message.

It’s tempting to read a whole story of selfishness and entitlement into this one paragraph. Perhaps there is a crucial detail missing. But we all need boundaries – all of us – and until they are fully independent, it’s a parent’s job to provide them for his children. A life without boundaries leads to excess and indulgence. A child, even grown, without boundaries, loses their moorings. It was not kind of those parents to allow their son to behave like this. They were actually hurting him and impeding his future potential.

I’m guessing the parents were caught unawares. But I’m also guessing it wasn’t the first time. Their parenting job isn’t over but the window is closing. They should act soon – for their sake, for the sake of their friendships and most of all for their son’s sake.

How to Give Constructive Criticism