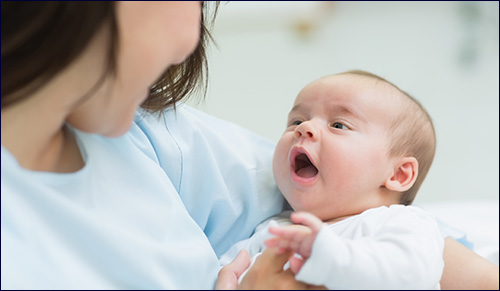 I stared at her beautiful face and held her tiny hand and thought: I have no idea what I’m doing.

Because even though my education paved the way to graduate school and to my first job, it left me fairly clueless about life itself. The morning that I held my firstborn child in my arms, I looked out the hospital window into the cloudless sky and felt totally overwhelmed. Nothing could have prepared me for this seemingly insane responsibility of having a newborn baby completely dependent upon me. I stared at her beautiful, angelic face with her huge, blue eyes that seemed to look back in wonder into my own. I held her miniature hand and thought: I have no idea what I'm doing.

My life, up until that point, had no room for mistakes. No time for connection. No space for being. And I wish someone would have told me before I became a mother that no course, no advice, no wisdom could have prepared me for that moment. That moment when my heart was suddenly no longer hidden within me but instead embedded within this vulnerable, tiny being in my arms. A being that would go out into the world bringing my heart with her. I wish someone would have told me just how frightening that would be.

And I wish someone would have told me that nothing would prepare me for the exhaustion of those first few months. That pulling all-nighters for work is not the same as feeding and soothing a newborn baby every two hours. And that nothing could come close to that kind of peace and closeness I would feel holding my baby in the middle of the night.

I wish someone would have told me that even though I had never been a worrier before, I would become one. I would worry about that first cough, whether she was eating enough, sleeping enough, not sleeping enough, growing too slowly, growing too fast. And the worrying would change as she grew, but that it would never go away.

And I wish I would have known that time would seem to crawl by in those first few years but would really be flying right out of my arms. That I wouldn't be able to get back that first smile, that first word, that first step. That I would one day regret the moments that I was distracted, that I was impatient, that I wasn't fully present in my child's life. That I would be astounded by the way my child became her own person with a life suddenly separate from my own. And how that would make me both deeply happy and achingly sad at the same time.

It's All in the Name