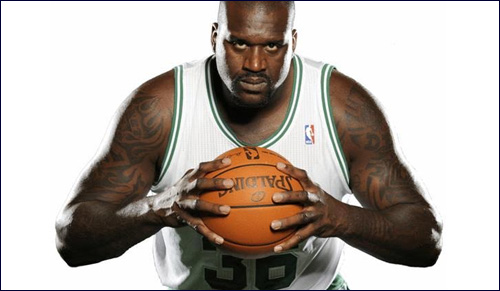 Shaq O’Neal and the real meaning of modesty.

This year basketball great Shaquille O’Neal made a surprise visit to our son’s camp. The children were delighted to spend the morning with the superstar, playing basketball with him and soaking up his words of inspiration. For weeks their joy was still palpable as they incessantly talked about their personal pictures and autographs.

The couple who was responsible for coordinating Shaq’s visit did not mention a word about their exciting plans for the camp even though we spent time with them the day before the big event. Even afterwards, they did not boast about their kindness. I was truly impressed by their modesty.

When it comes to defining modesty, many think of clothing and hemlines, particularly for women. But modest dress is merely one aspect under the umbrella of tzniut, modesty.

Modesty is a character trait expressed through speech, action, demeanor, and clothing. One can be dressed in a completely proper manner, within the letter of the law, and yet still miss the essence of modesty. Clothing matters, but dressing modestly is meant to translate into acting modestly.

Modesty stems from an internal sense of self esteem and dignity. How do we develop this within ourselves? It is tempting to boast about our recent act of kindness, award, or business deal. But next time you have the urge to boast, try holding back. You will see that when you do not flaunt your success, it is a sign of your own internal awareness of worth. This act of modesty reflects a sense of inner dignity and also strengthens your confidence confirming that you do not need approval of others to feel good about yourself. Even if we do not naturally feel dignified, acting in a more modest manner can cultivate that internal self esteem we all crave.

Consider these three by-products of modesty: It helps us gain the self respect that we crave, facilitates finding true and deep relationships and stirs respect from others.

Modesty is not meant to be a restrictive force; it is actually liberating. We tend to deviate from modesty and resort to flaunting when we not sure of our self worth.

A student of mine is the founder and CEO of a successful company that has an impressive client list, some of which she tours with globally. Deep down she wants to be liked because of who she is, not because of her connections. Yet, she confided in me that she all too often finds herself name dropping about her prestigious clientele. In the moment, boasting felt great, but later she inevitably regretted it. When we brag we attempt to raise self-worth, but in the end we undermine it as it leads to feelings of dejection. When we know and realize our greatness it empowers us to be truly modest.

In Beijing, China a survey was conducted to determine the top qualities desired in a mate. The top “trait” women are searching for is wealth, trumping both honesty and sense of humor. Men are even restricted from registering on dating websites unless they own property. As the New York Times puts it, “No Deed, No Date.” Finding a woman willing to marry for more than just money is difficult.

Here is what one confident man did in order to find his marriage partner. Liu Binbin, 30, is an editor of a major publishing house. Although he owns property as well as a car, he acted as a man of modest means. He would go on dates from buses, and never let on about his wealth.

He had many unsuccessful dates, and when women asked “Do you live at home?” He knew what they were after. He finally found someone suitable; they dated for three months, and later married. In an interview he mentioned that while courting, “she thought I didn’t own an apartment and she still wanted me,” he said. “Someone like that is rare.”

Binbin acted with modesty, and eventually found someone who could see him for who he was, more than just physical wealth. Modesty is about holding back something powerful, and then exposing it at a proper time. Binbin expressed modesty by not divulging his wealth, and later revealing it with the right person. Counterintuitively, revealing is actually integral to modesty. It is not just about hiding or guarding. It is about disclosing as well: at the right time and with the right person. This applies to our wealth, our bodies, and our talents. Refraining from ostentatious behavior can help us find true friends and a marriage partner who will love us for our real selves.

You meet someone for the first time. and right off the bat he’s boasting about his phenomenal capabilities and sharing his success stories. Does this engender respect or lessen it? More than who or what we know, people are impressed by how we hold back. When we don’t flaunt our success, it is a sign of our own internal awareness of worth. We are giving people a glimpse into our soul and displaying our self worth in a modest fashion. And that quiet self-confidence wins people over. As the Talmud states (Eruvin 13B): One who runs after honor will have it run away from him; one who runs from honor will have it pursue him.

When we shy away from flaunting our talents, achievements, and possessions our self respect rises, true relationships can blossom and respect from others is gained.

May this article be an iluiy nishmat for Mantle Bilma bat Raizel.

Oh That Fifty Feeling
Faith: the Axis Upon Which the Wheel of Science Turns
Love - Not Just About Chemicals Anymore!
Is There a Moral Code in a Virtual World?
Comments
MOST POPULAR IN Current Issues
Our privacy policy