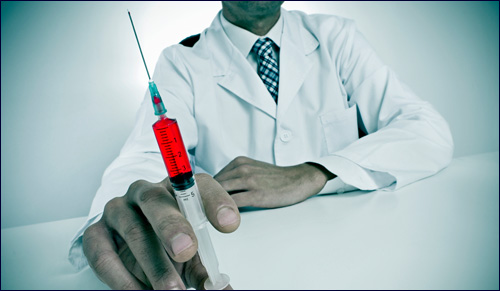 As a doctor and as a Jew, I am against physician-assisted suicide.

On October 6th 2015, Governor Jerry Brown signed a controversial “Death-With-Dignity” law into effect effectively marking one of the worst decisions by the state of California since outlawing Frisbee tossing at the beach without explicit lifeguard permission. This legislation was based on a similar law passed over 20 years ago in Oregon allowing for physicians to prescribe lethal medications to terminally ill patients, one which the Federal Government has taken issue with and one that as a religious Jew and a physician I am forced to take issue with myself.

All of my colleagues went to medical school with different aspirations. But whether it was to ambitiously cure cancer or serve as a humble small town doc, not a single person I know went through the trials and tribulations of medical training to participate in physician-assisted suicide. The ancient and original code of physician-hood attributed to Hippocrates over two thousand years ago states, “Nor shall any man’s entreaty prevail upon me to administer poison to anyone.” For folks that aren’t history buffs, an updated version – The AMA’s Code of Medical Ethics – reads, “Physician assisted suicide is fundamentally incompatible with the physician’s role as healer.”

Being compassionate is incumbent upon all human beings and this necessarily includes physicians. Providing patients with alternatives between aggressive models of care and more palliative choices is also the responsibility of the medical field. This is why hospitals and health care systems have dedicated palliative care teams, hospice consultation services, and offer end-of-life counseling. Addressing a patient’s wishes regarding declining aggressive care – involving intubation and resuscitation – is different than prescribing a lethal pill with the intent of hastening a patient’s demise. Alleviating pain and suffering and physician-assisted suicide are light years apart. One is providing care and the other is actively promoting death.

As a psychiatrist, I am particularly concerned with the language of such laws requiring that a patient be deemed “mentally competent” to ask a physician to prescribe lethal medications. Would such competence be determined by a forensic psychiatrist? A court of law? Or a physician the patient had just met who happened to feel exempt from their profession’s official ethical code? In the past week, I have already been approached regarding a paranoid and psychotic woman who is “traveling to California to get euthanized because there isn’t any reason to live.” I can tell you she isn’t competent but who’s to say what would happen in California? “Mentally competent” is too subjective a term which is tremendously dangerous when life is on the line.

From a Jewish perspective, physician-assisted suicide is a tragedy because life is a precious gift. The Torah teaches us, “I have set before you life and death, the blessing and the curse, you shall choose life so that you and your descendants will live” (Deuteronomy 30:19). Our Creator wants us to do the best we can with what we’ve been given. Chronic pain and illness are not an easy thing to live through; nor are they an indication that one should throw away the life they’ve been given.

Consider the case of Dr. Rachamim Melamed-Cohen who was diagnosed with ALS – a condition also known as Lou Gehrig’s Disease for which other similarly affected individuals have pursued physician-assisted suicide – and became paralyzed with the lone exception of his eye movements. Not only has Dr. Melamed-Cohen survived for over a decade, he has authored multiple books, prays three times daily, and spends quality time with his 26 grandchildren. Such a case is proof that illness and disability are not the measures of quality in one’s life.

While the “Death-With-Dignity” legislation generally applies to “terminally ill patients” who will die within six months, such predictions are often premature with the limited tools available to modern physicians. I’ve witnessed miraculous recoveries myself in the hallowed halls of Harvard Med School and the Talmud is clear that giving up hope is not an option, teaching us the story of King Hezekiah’s own battle with “terminal illness” and stating, “even if a sharp sword is resting on your neck, you shouldn’t give up on divine mercy,” (Talmud Berachot 10A).

Not that we need a reminder, but Maimonides is clear that both killing and suicide are absolutely forbidden, “Whoever causes the loss of a soul is considered as if he destroyed the entire world,” (The Laws of Murder and Protecting Life 1:16). As Rabbi Yitzchok Breitowitz – a Harvard-trained lawyer and an expert in the field of Jewish Ethics – once wrote, “Because all human beings are formed in the image of the Divine, all life is regarded as being of infinite value regardless of its duration or quality. As all mathematicians realize, infinity cannot be halved. If and when some human life is deemed to be less valuable than others, then life as a whole has gone from being infinite to being relative and the lives of us have become cheapened and debased.”

Physician-assisted suicide is not an ethical or Jewish concept.

The Song of the Ant

Judaism and the Human Genome Project

The Branding of a Heretic
Korach 5782: Visit to Lift the Spirit
That Time The Ivy League Found A Way To Limit Jewish Enrollment
Would You Rather Be Right or Happy?
Comments
MOST POPULAR IN Current Issues
Our privacy policy