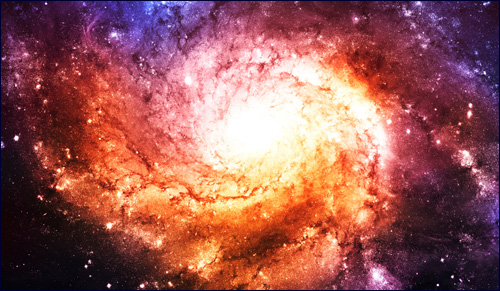 Once unthinkable, the accounts of creation by Torah and science are converging.

Where did the universe come from? A person of faith would probably answer that the universe was created out of nothing, as stated in the first verse of the Torah. Such an answer was long considered a scientific impossibility, because it contradicted the law of the conservation of matter and energy. According to this law of science, which was established in the middle of the nineteenth century, matter and energy can be changed from one form to another, but something cannot come from nothing. Therefore, scientists viewed the universe as eternal, thus neatly avoiding questions regarding its origin. The Torah assertion that the universe was created, presumably from nothing, became an area of conflict between Torah and science. That is how matters stood for many years.

This situation has now completely changed. The twentieth century witnessed an unprecedented explosion of scientific knowledge, which was nowhere more dramatic than in cosmology, the discipline that deals with the origin and development of the universe. Astronomers had been studying the heavenly bodies for thousands of years, but their studies dealt exclusively with charting the paths of the stars, planets, and comets, and determining their composition, spectrum, and other properties. The origin of the heavenly bodies remained a complete mystery.

Important advances in cosmology during the past few decades have, for the first time, permitted scientists to construct a coherent history of the origin of the universe.

Today, an overwhelming body of scientific evidence supports the “big bang” theory of cosmology.1 There are four major pieces of evidence: (1) the discovery in 1965 of the remnant of the initial ball of light, (2) the hydrogen-to-helium ratio in the universe, (3) the Hubble expansion of the galaxies, and (4) the perfect black-body spectrum of the microwave background radiation measured by the COBE space satellite in 1990.

Only the big bang theory can account for all these observations, and therefore this theory is now accepted by all mainstream cosmologists.

The most surprising assertion of the big bang theory is that the universe was literally created from nothing. It is instructive here to quote the world’s leading authorities:

“It seems certain that there was a definite time of creation.”2 Professor Paul Dirac, Nobel laureate from the University of Cambridge

“The creation lies outside the scope of the known laws of physics.”4 Professor Stephen Hawking, University of Cambridge

“The big bang is the modern version of creation.”5 Professor Joseph Silk, University of California

Today, it is not possible to carry on a meaningful discussion of cosmology without the creation of the universe assuming a central role. Professor Brian Greene, a theoretical physicist at Columbia University, wrote in 1999: “The modern theory of cosmic origins asserts that the universe erupted from an enormously energetic event, which spewed forth all space and all matter.”6

When cosmologists use the term “creation,” to what are they referring? Precisely what object was created? Scientists have discovered that the universe began with the sudden appearance of an enormous ball of light, commonly called the “primeval light-ball.” This “explosion of light” was dubbed the “big bang” by British astrophysicist Fred Hoyle. The remnant of the initial ball of light was detected in 1965 by two American physicists, Arno Penzias and Robert Wilson, who were awarded the Nobel Prize for their discovery.

“The laws of nature came into existence together with the Big Bang, as did space and time.”

People sometimes ask what existed before the big bang, the event that marked the creation of the universe. Professor John Wheeler of Princeton University explains that the very concept of time did not exist before the creation. “There was no ‘before’ prior to the Big Bang. The laws of nature came into existence together with the Big Bang, as did space and time.”7 Wheeler emphasizes that scientists view space and time as the “stage” upon which events take place. If there is no physical world – if the universe does not exist – then neither time nor space can exist. “Time” and “space” are not independent entities; these concepts have meaning only after the creation of the physical universe.

This property of time and space can be illustrated by analogy to the concept of color. “Red” or “black” are not characteristics that are independent of any physical object. Only if macroscopic objects exist, such as grass, rocks, or houses, can one speak of these objects as being red or black. If nothing but atoms and molecules existed, then there would be no meaning to “red” or “black,” or to the entire concept of colour. There is no such thing as a red molecule. In the same way, there were no concepts of time and space before the universe came into being.

Creation and the Torah

In addition to confirming the creation of the universe, the discovery of the initial primeval light by Penzias and Wilson also answers another long-standing puzzle regarding the Torah account of creation. It is written in the Torah on the First Day of Creation: And there was light (Genesis 1:3). But at that time, there existed neither stars, nor sun, nor moon, nor people, nor any other known source of light. Therefore, how can one understand this “light”?

We now turn to the question of the time scale. How much time was required for all the cosmological events that took place at the creation of the universe? How many millions of years had to elapse before the universe was complete and assumed its present form?

All the cosmological events involved in the creation of the universe occurred within a very few minutes.

The remarkable answer is that all the cosmological events involved in the creation of the universe occurred within a very few minutes. This fact is emphasized by the dramatic title that Nobel laureate Steven Weinberg chose for his famous book on modern cosmology: The First Three Minutes.

Nowadays, cosmological events – events that alter the structure of the universe – require millions of years to occur. How could such events have occurred within just a few moments? The answer is that during the period of creation, the temperature of the universe was extremely high. Just as food cooks much more rapidly in a pressure cooker than over a low flame, in the same way, events occurred with amazing rapidity in the blazing universe at the origins of time. Professor Greene explains: “The newly borne universe evolved with phenomenal haste. Tiny fractions of a second were cosmic epochs during which the features of the universe were first imprinted. During the first three minutes after the big bang, as the simmering universe cooled, the nuclei emerged.”8

Thus, the formation of the first atomic nuclei – the basic building blocks of every material – was completed within three minutes after the instant of creation.

The comprehensive agreement between Torah and science described above does not prove that the Torah is of divine origin, nor does it prove that God exists. However, as we begin the twenty-first century, the person of faith is not forced to choose between accepting the latest scientific discoveries or accepting the Torah account of creation. All leading cosmologists now discuss the creation of the universe, while the Torah discusses the Creator of the universe. It is not unreasonable to assume that science and the Torah are both referring to one and the same subject. It is a pleasure for a person of faith to be living in this day and age!

The current harmony between science and faith was not always the case. Only a few decades ago, the outstanding Torah scholar Rav Joseph B. Soloveitchik expressed the then-existing dichotomy between science and faith in a classic essay entitled “The Lonely Man of Faith.”9 Using the word “lonely” to describe the feelings of the man of faith who lives in a scientific world, Rav Soloveitchik wrote:

“Being people of faith in our contemporary world is a lonely experience. We are loyal to visionary expectations which find little support in present-day reality... Religious faith is condescendingly regarded as a subjective palliative, but is given little credence as a repository of truth.”10

Now, only half a century later, in one scientific discipline after another, the words of the scientist can hardly be distinguished from the words of “the man of faith.” Professor Stephen J. Gould of Harvard University tells us that “human intelligence is the result of a staggeringly improbable series of events, utterly unpredictable, and quite unrepeatable.”11 The term “luck” is now commonly used by evolutionary biologists like Professor David Raup, past president of the American Paleontological Union, to “explain” the existence of human beings.12 Archaeologists express their amazement at the “radical and sudden changes, with no premonitory signs”13 that mark the appearance of civilization, and they speak of a sudden “quantum leap in mental abilities”14 that appears in the archaeological record of human cultural behaviour. Scientists in a wide variety of disciplines discuss the “anthropic principle,” which states that the universe looks as if it had been specifically designed to permit the existence and promote the welfare of human beings.15 The Cambridge Encyclopedia of Astronomy expresses this idea in the following poetic words: “In truth, we are the children of the Universe.”16

The scientific discoveries recorded above are exactly what one would expect if the Torah account of the origin of the universe was correct. Therefore, such harmony between Torah and science constitutes an important argument in support of our religious belief. Modern science has become a significant element in strengthening our ancient faith.

Nathan Aviezer is Professor of Physics at Bar-Ilan University in Ramat-Gan, Israel. In addition to his scientific research, Aviezer has a long-standing involvement in the relationship between Torah and science. He is the author of three books on this subject: “In the Beginning: Biblical Creation and Science”; “Fossils and Faith: Understanding Torah and Science”; and, most recently, “Modern Science and Ancient Faith”. He has recently developed a teaching unit on Torah and science for Jewish high schools. For more details, visit: www.aviezer.org

One Drink Too Many: My Journey of Breaking Free from Alcohol
The Scandalous History of the Aleppo Codex
Who was Two-Gun Cohen?
Why Really Everyone Believes in Free Will
Should Jews Support Ukraine?
The Jews of Cuba
Comments
MOST POPULAR IN Medical and Nature
Our privacy policy