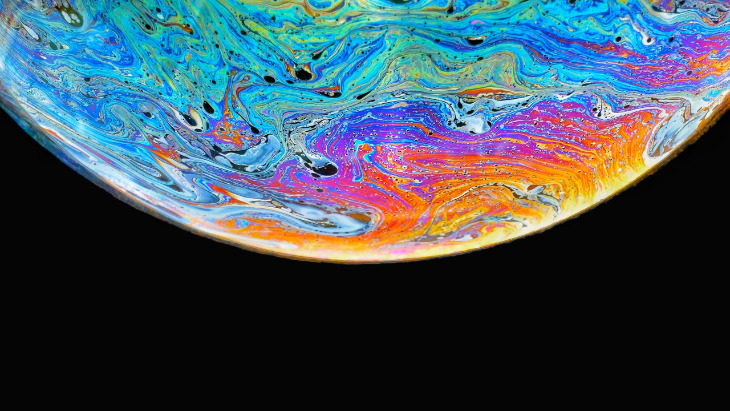 For hundreds of years, philosophers have wrestled with "the hard problem of consciousness." Can the psychedelic experience teach us anything new about it and about reality itself?

What is consciousness? Answers range from nothing to everything, and even more than everything. What is the relationship between consciousness, or mind, and matter? This question, variously named the Hard Problem of Consciousness, the Explanatory Gap, or the Mind-Matter Problem, also harbors a wide range of responses. Does mind emerge from matter or from the matter of the brain (emergentism)? Does matter emerge from mind (idealism)? Are mind and brain identical (psychoneural identity theory)? Are mind and matter separate substances that interact (dualism)? Do mind and matter both emerge from something more fundamental (neutral monism)? Is mind restricted to the brain, or does it extend to one's environment (neuroessentialism, extended mind theory)? Are plants and fungi conscious (biopsychism)? Are all physical entities sentient (panpsychism)? Could machines be conscious (artificial consciousness)? Is there an Overmind beyond all our seemingly separate minds (pantheism, monotheism)?

Such questions haunt the mind-matter mystery not only in philosophy but also in religion and science. It is no good to simply provide the neural correlates of consciousness to answer these questions. As the late great philosopher of mind, Jaegwon Kim, put it: 'Making a running list of psychoneural correlations does not come anywhere near to gaining an explanatory insight into why there are such correlations.1 Everyone expects correlations; the question is what those correlations mean – we return to our set of questions above. Pointing this out – that neuroimaging alone cannot resolve the mind-matter problem – has deep implications for the newborn research now taking place in the midst of our "psychedelic renaissance." If the mind-matter relation is an unresolved problem, then psychedelic induced intuitions and visions of alternate frameworks of reality within which to see this problem should not be immediately dismissed as mere hallucination. We cannot judge what is hallucinatory if we do not know what is real. Thus, the hard problem of consciousness bears directly upon the hard problem of psychedelic consciousness – the problem of determining the truth or delusion of certain psychedelic experiences.

What is psychedelic consciousness? It is a vast range, not a single type. There is, for instance, amplified aesthetic appreciation: an insect can be viewed as a monstrously beautiful cosmic living spacecraft. Nature-connectedness is purportedly intensified into deep ecological sympathies; everything seems alive with intrinsic value. Synaesthesia can occur: one hears colours, sees sounds, and tastes the passing of thought. Space is no longer necessarily limited to three dimensions: pulsating tesseracts laugh at your previous limitations. Time alters – the present, the now, can extend in duration; the speed of time can accelerate or slow down; there are even reports of stepping outside of time – timelessness: 'the eternal.' Metaphysical terror can be suffered: "It is impossible to convey the horror of thus being threatened with sheer nothingness." 2 The concept of the Self, along with other concepts, can be lost: transfigured into fragments or dissolved into a greater unity. Distant hitherto lost memories can be seemingly accessed in exquisite detail. Also common to both Western and Mesoamerican cultures is the experience of little folk: elves, piskies, goblins, jesters. As someone reported on the strong psychedelic DMT: "They looked like jokers. They were almost performing for me…I had the feeling they could turn on me, a little less than completely friendly." 3 These are but a few examples of the varieties of consciousness psychedelics can occasion, and moreover, merely the ones that can be just about conveyed through language.

If defining consciousness is difficult, defining psychedelic consciousness is even more so. Before William James (d. 1910), chemical philosopher Sir Humphry Davy (d. 1829) claimed that psychedelic experiences were often beyond words, ineffable. Like William James, Davy experimented with nitrous oxide, inhaling two hundred pints one night in 1799. Straight thereafter, he exclaimed an idealist answer to the mind-matter problem: "Nothing exists but thoughts!" 4 In other words, consciousness is all; the idea of matter is just that: an idea. Interestingly the American psychologist-philosopher William James a century later, also had an idealist intuition, of the Hegelian variety, after nitrous oxide intake. "Nitrous oxide['s] … first result was to make peal through me with unutterable power the conviction that Hegelism was true after all." 5

The question, therefore, is whether psychedelic experiences are conditioned by one’s culture or whether they decondition one from one’s culture into a transcendent state.

Though William James also famously claimed that mystical psychedelic experiences were ineffable, he nonetheless spent hundreds of paragraphs writing about such experiences. James' writings and use of nitrous oxide were referenced in the 1957 paper by Humphrey Osmond, in which he coined the word 'psychedelic.' Though he was a psychiatrist, Osmond, from the start, realized that psychedelic substances were not merely the province of clinical therapy – wherein our 'psychedelic renaissance' is now predominantly operative – but emphasized that: "Perhaps most important: there are social, philosophical, and religious implications in the discoveries made by means of these agents." 6 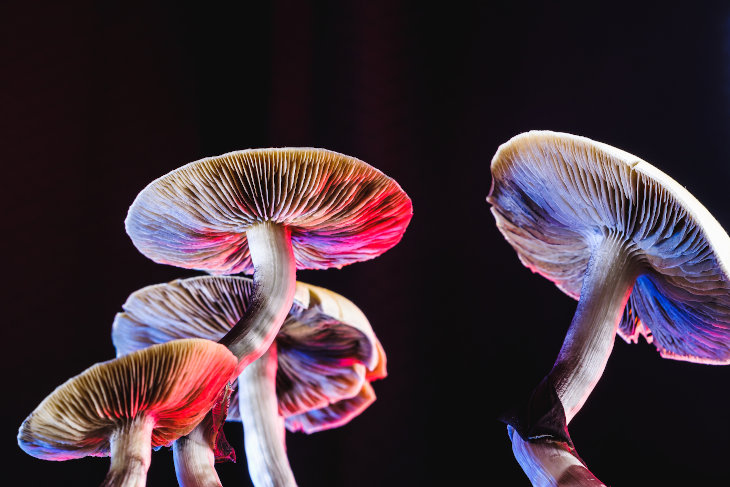 James equated certain psychedelic experiences to the experiences of the mystics through the ages. James, and others such as Aldous Huxley, believed that there was a universal core mystical experience that was the same in all cultures and all times, despite varying culturally-conditioned reports of such a purportedly identical experience. This view is known as Perennialism. Perennialism was criticized in the late 1970s by Stephen Katz 7, leading to a position known as Contextualism which claims that the actual experience itself, not merely the report of it, is conditioned by culture. For instance, a Christian might experience a transcendent God, whereas an indigenous Amerindian might experience the snakes and jaguars of the rainforest. The question, therefore, is whether one's culture conditions psychedelic experiences or whether they decondition one from one's culture into a transcendent state. Resolving this question involves research in anthropology, psychology, theology, philosophy of mind, and the cognitive sciences.

The English philosopher Bertrand Russell, in his text "Mysticism and Logic," implicitly took the perennialist approach when he provided four essential criteria by which to identify all mystical experience: that intuition overrode intellect, the unreality of cultural notions of good and evil, the unreality of time, and a sense of unity: "pantheism in religion…monism in philosophy" 8

Interestingly, psychologist Benny Shanon, in his seminal 2002 tome, The Antipodes of the Mind, when charting the experiences from the Amerindian psychedelic brew Ayahuasca, writes that 'Overall, Ayahuasca induces a comprehensive metaphysical view of things. I would characterize it as idealistic monism with pantheistic overtones. … [R]eality is conceived as constituted by one, non-material substance which is identified as Cosmic Consciousness … . Spinoza would accept them'.9

This idea tends more towards a universal human experience – perrenialism – and touches upon other theories of consciousness related to the monism of Spinoza.

Benedict de Spinoza (d. 1677) was a heretical figure, to say the least: he was excommunicated by his fellow Sephardic Jews, and his books were banned by the Church. Spinoza argued with logical rigor that, contrary to dualism, consciousness and matter were not distinct but both merely expressions of one substance (monism). He named that one substance both Nature and God. This got him into trouble. Yet it is unfair to call Spinoza an atheist because God is not reduced to Nature, but Nature is elevated to God. Nature/God as such has an 'infinite intellect,' an Overmind, a 'Cosmic Consciousness', of which our finite minds are parts, just as our finite bodies are parts of infinite space. This view was partly inspired by (but ultimately fundamentally different from) the philosophy of Maimonides (d. 1204), who saw our minds as parts of God's mind, just as our vision and hearing are but parts of our overall human consciousness. 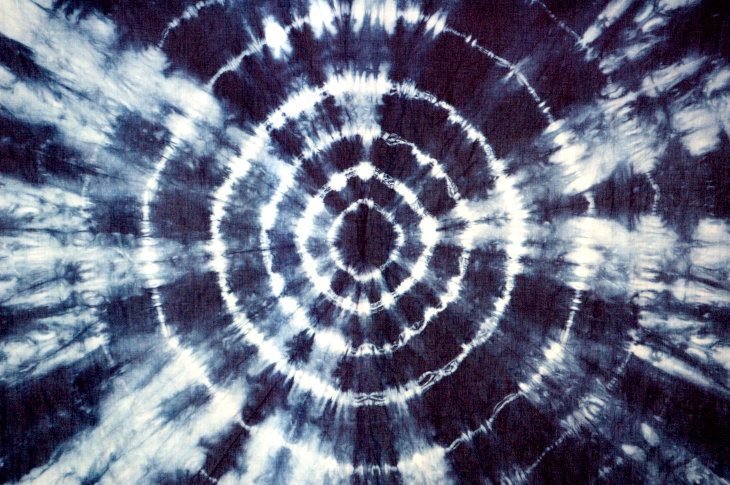 Moreover, for Spinoza, consciousness and matter are parallel as nothing but expressions of the same substance, which means that all material entities have consciousness: panpsychism. It also means that the universe is God: pantheism. This Spinozist unity of God, Nature, Mind, and Matter is one that is seemingly common amongst high-dose psychedelic intuitions. Moreover, the intuition that all organisms have sentience and intrinsic value, commonly reported in psychedelic states – 'nature connectedness' – also accords with Spinozism. In fact, the philosopher Walter Stace, whose criteria for mysticism is frequently used today by clinicians and psychiatrists to evaluate psychedelic effects, claimed that 'pantheism is forced upon us by mysticism.' 10

This view was partly inspired by the philosophy of Maimonides, who saw our minds as parts of God’s mind, just as our vision and hearing are but parts of our overall human consciousness.

Spinoza himself spoke of a rare 'third kind of knowledge' by which his monism could be intuited – he called it the 'Intellectual Love of God/Nature': a way of perceiving reality beyond the prosaic human categories of thought, including categories of space and time, where our mind merges with the infinite intellect.11

Thus, we see that the experiences that psychedelics can occasion might not be mere delusion but may hold true insights about the nature of ourselves and the cosmos of which we are parts. The metaphysics of philosophers such as Spinoza and Russell may aid our integration of such experiences and be aided in their realization by such psychedelic experiences. The elf question, however, remains a mystery.

Dr Peter Sjöstedt-Hughes is philosopher of mind and metaphysics who specialises in the thought of Spinoza, Nietzsche, Bergson, and Whitehead, and in fields pertaining to altered and panpsychological states of consciousness. He is a research fellow and associate lecturer at the University of Exeter where he has co-founded the Philosophy of Psychedelics Exeter Research Group, the ambit of which includes taught modules, conferences, workshops, and publications. Peter is the author of Noumenautics, Modes of Sentience, editor of Bloomsbury's Philosophy and Psychedelics volume, the TEDx Talker on 'psychedelics and consciousness ', and he is inspiration to the inhuman philosopher Marvel Superhero, Karnak.

How Do We Know Anything?

One Drink Too Many: My Journey of Breaking Free from Alcohol
The Scandalous History of the Aleppo Codex
Who was Two-Gun Cohen?
Comments
MOST POPULAR IN Philosophy