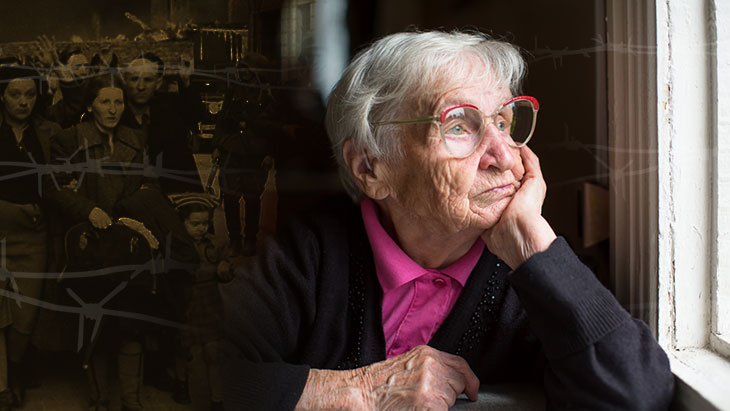 The body that survived the unspeakable cruelty in Bergen Belsen was now giving up on her.

After mailing out hundreds of wedding invitations, I was so disappointed by the response card from Shirley and Lenny Grossman* that read “will not be able to attend”. Shirley and Lenny were dear friends of my parents, and in my youth, they lived right across the street. How could they not come?

Every Saturday night my parents got together with them and other friends, all Holocaust survivors, for a chummy game of cards, topped off with coffee and cake. The Grossmans davened in the same shteibel as us and shared our sukkah every year. My mother and Shirley spent Shabbos afternoons taking long walks together. After I married and my twins were born, I convalesced under my mother’s loving care and Shirley stopped in often to help with the daily feedings.

Why weren’t they coming to the wedding?

I got into my car and drove over to see them, determined to convince them to change their mind. I had heard that Shirley was ill but hadn't known how serious her condition was. She was fighting cancer and appeared weak and depressed.

After the initial small talk, I began to explain my feelings. “I don’t understand how you could miss this wedding. You’ve known me since childhood. You’ve been friends with my parents forever. Who should be there if not you?”

“I can’t, I just can’t,” Shirley replied in a voice heavy with despair.

“Please,” I repeated, “You belong there.”

Shirley shook her head while Lenny sat at her side and held her hand. Then she explained her reason, illuminating a mysterious piece of family history for me.

Shirley spent months in the Lodz ghetto, and then years in concentration camps including Auschwitz. During every second of those years, she used all her physical and mental energy to keep herself alive. She lived through the round ups in the ghetto, starvation, hard labor and selections, all while seeing hundreds of thousands of others dying and put to death. She watched as her co-religionists were shot in front of an empty pit and then she followed orders to shovel dirt into the mass grave, horrified to see the loose earth vibrating above still-moving bodies beneath the surface.

She kept her will to live after seeing a man who came late to the roll call punished by being torn to shreds by the fierce German shepherds trained for the kill. She kept her will to live despite being forced to pass the body of a young boy she had known from her hometown. He was placed in a barrel of ice water, left to freeze at the gate of the camp so all could see his body as they left to work in the morning and while returning to the barracks at night.

This enemy, her cancer, was an oppressor she couldn't beat. After all her years in the concentration camps, her end was near.

Shirley had survived all this, but today she faced extinction again. Cancer was overtaking her and this time she knew the angel of death would win.

Shirley felt betrayed by her body. The body that did not succumb to the malignant cruelty in Bergen Belsen was now giving up on her.

And Shirley was not someone who gave up.

This betrayal - her body surrendering to disease - caused her deep shame. This enemy, her cancer, was an oppressor she couldn't beat. No matter how defiant she felt, or how strong her will to live, Shirley knew that after all her years in the concentration camps and all she had witnessed, her end was near. Knowing her body would yield despite her will to live was more than she could bear. She could not come to the wedding in this state.

This difficult conversation with Shirley was the first time I heard a survivor speak about their struggle with their own mortality and I could think of no words of comfort to offer her. But her words enabled me to finally understand something about my father which had eluded me for decades.

My father was also a Holocaust survivor. By the time he was 15 he was working in the lager alongside thousands of other Polish Jews. He was hauled away by the Nazis because he stepped forward when the SS barged into the house looking for his older brother, Zev. Wanting to protect his brother, my father took Zev’s place.

I'll never understand what it was about my father’s relationship with his brother Zev that gave him the courage to take his place that night of terror in 1940. But my visit with Shirley gave me a clue about something else my father did 35 years earlier.

I was raised in a small town that did not have a yeshiva high school, so I attended high school in Brooklyn. Going out of town to get a Jewish education meant spending all week away from home and coming back for Shabbos.

One Friday afternoon when returning home, I walked into the house and was surprised and happy to see that we had visitors. My father sat on the couch talking with his sister Bella and his brother Mordechai. This was unusual for a Friday afternoon; Shabbos was the day they normally visited each other. But I didn’t give it a thought and I plunked myself down near my father. I noticed he had stubble on his face, and I placed the palm of my hand on his cheek.

“Oh, Abba, when did you decide to grow a beard?” I asked in surprise.

Suddenly, my impression of the scene in the living room started to shift. I turned to look at my uncle more carefully and noticed that he, too, had stubble on his face. I looked at my aunt and realized she was sitting on the couch, but unlike the love seat I had been sitting on, it had no cushions. Tanta Bella saw the unnerved look on my face and began to gently nod her head, letting me absorb the truth of the distraught thoughts ricocheting around in my head.

Unlike that night in 1940, my father was powerless to save him.

I realized that my Uncle Zev had passed away and they were all sitting shiva. And my father didn't tell me.

After all the physical, psychological and emotional horrors Uncle Zev endured during the Holocaust, he was powerless over his terminal illness. Unlike that night in 1940, my father was powerless to save him.

I will never know for certain why my parents didn’t tell me about the shiva and waited for me to discover it on my own. But visiting Shirley and hearing the pain of defeat in her voice gave me a glimpse into what might have been my parent’s rationale for keeping silent.

Death was unspeakable. The enemy had finally won.

In memory of my father Yissachar Dov ben Yaakov on his 12th yahrzeit. 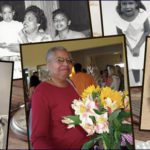 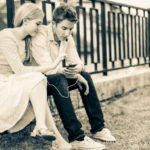 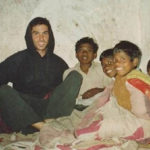 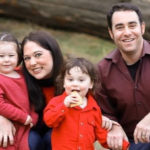