Despite your grievances with the country, refusing to stand for the national anthem is no way to advance a cause.

At times we face conflicting values. For me, Colin Kaepernick's refusal to stand for the national anthem is a perfect example of this. For one, Judaism maintains that you should not judge a person until you have spent a day in their shoes. Inevitably, as no two people are dealt the same circumstances and no two individuals wear the same shoes, we really can’t ever pass judgment on others. It is with that value deeply ingrained in me that I approach the Colin Kaepernick controversy.

Colin Kaepernick is the NFL quarterback for the San Francisco 49ers who has decided to sit down during the playing of the national anthem due to his perception of the wrongdoings committed against Black people and minorities in the USA. As said, “I am not going to stand up to show pride in a flag for a country that oppresses black people and people of color…To me, this is bigger than football and it would be selfish on my part to look the other way. There are bodies in the street and people getting paid leave and getting away with murder.”

As an American Jew whose skin is white, I recognize that I cannot relate to what it must be like to live in this country as a Black American. I don’t know what it's like getting pulled over for no apparent reason, or what it’s like having people look at me suspiciously for no reason other than the color of my skin. Frankly, it must be extremely unpleasant.

However, as a Jew for whom it has not exactly been a cakewalk throughout our brutal, bloody history, I can recognize and discern a moral and just country when I see one. There is a term Jews call America – the medina shel chesed – the country of kindness. The country where I proudly, brazenly, walk around in my yarmulke and tzitzis without fear. The country for which tens of thousands of heroic American soldiers, the vast majority of whom do not share my religion, gave up their lives so that I could practice as I see fit.

I love this country and thank God every day for it. As a teenager, I would stand on street corners on the 4th of July with a sign enjoining the drivers to “Honk for America.” Every Saturday morning in synagogue, we offer a prayer for our government and for our soldiers' well-being. One time, a visitor to the synagogue, who like myself, did not appreciate the administration’s stance on Israel, decided to make a statement by promptly sitting down as soon as we arrived at the prayer for our country. I was appalled. For while I vehemently disagreed with certain aspects of the administration, that did not for one second undermine my loyalty, love and eternal gratitude to this country.

While I respect Kaepernick’s opinion on the country’s treatment of Blacks, I would expect him to raise this issue in a more appropriate manner. Whether we like it or not, a national anthem represents everything a country stands for. A national anthem is played as Olympians representing their beloved countries emotionally receive their medals. (Look no further than when Ryan Held won the hearts of Americans everywhere as he received his first gold medal). The national anthem evokes raw emotion. It inspires introspection.

A video of Knowshon Moreno went viral with his free-flowing tears at the end of the Star Spangled Banner. Said Moreno, " During the anthem it’s always quiet and still, so I take in the moment and say a little prayer. Usually there’s no camera on me. I thank the Lord for letting me play the game. I thank Him for everything. I run through my whole life right there at that moment. Even the bad stuff.”

American soldiers often hold a flag draped across the field while the national anthem is sung. Many times army jets fly above the stadium. The anthem evokes imagery of soldiers who made the ultimate sacrifice for their countries and reminds us of our tragic history and the sacrifices we have made on a national level.

Spurning the national anthem is not a way to advance a cause; it's a way to insult millions of Americans who would willingly give up their lives defending the principles contained therein. As Jerry Rice so eloquently tweeted, “Colin, I respect your stance but don’t disrespect the Flag.”

What do you think? Let us know in the comment section below.

Danny Wolfe, a native Bronco-loving Denverite, along with his wife Sara and 6 children, moved back to Denver in 2015. He is the Co-Director of The Olami Denver Experience, the Young Professional Division of The Jewish Experience. He is also the rabbi in residence at the Shaarei Simcha Minyan in Denver. In addition to his work with Olami, he taught at the Denver Academy of Torah from 2017-2021. Rabbi Wolfe has a degree in Politics and Near Eastern and Judaic Studies from Brandeis University. 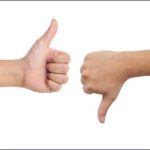 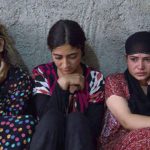 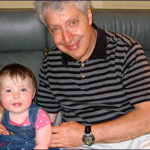 In Search of a Kidney Donor3 min read

Back to the Dark Ages3 min read