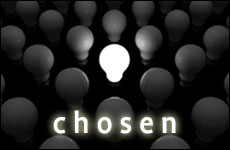 It's not our Intelligence Quotients that count, but our Righteousness Quotients.

In the April issue of Commentary, a scholar dared to raise one of the few remaining issues still considered impolite these days for public discussion: Jewish intelligence.

In an essay entitled "Jewish Genius," political scientist and writer Charles Murray -- who is not Jewish -- outlines the historical and statistical data suggesting Jewish intellectual acumen and accomplishment, as well as a variety of theories seeking to explain them.

While most of us Jews will readily admit that we personally know many members of the tribe who are not very smart at all, Dr. Murray insists that "the average Jew is at the 75th percentile" of the IQ scale and that "the proportion of Jews with IQs of 140 or higher is somewhere around six times the proportion of everyone else." Some, moreover, have noticed that a number of world-changing ideas, both religious ones like monotheism and scientific ones like relativity, have their roots in a certain ethnicity.

After exploring a number of theories addressing the anomaly, Dr. Murray is less than satisfied. Recent historical circumstances might have genetically favored Jews of higher intellect, he allows; but he suspects that Jewish intellectual ability is ancient, that the Jews may "have had some degree of unusual verbal skills going back to the time of Moses." And so, he writes, he remains "naked before the evolutionary psychologists' ultimate challenge: Why should one particular tribe at the time of Moses, living in the same environment as other nomadic and agricultural peoples of the Middle East, have already evolved elevated intelligence when the others did not?"

Then, tongue -- at least partially -- in cheek, he concludes:

"At this point, I take sanctuary in my remaining hypothesis, ly parsimonious and happily irrefutable. The Jews are God's chosen people."

Well, the thought is certainly timely. We will soon be celebrating Shavuot, the Jewish holiday that commemorates the cementing of the Jewish people's chosen status: the covenant forged at Sinai.

I don't know, or much care, whether or not intelligence plays any role in the Jewish election. But if it does, it is peripheral to the essence of our chosenness.

Because what Jews are chosen for is to serve the Creator -- with our intellects, yes, but also with our hearts and with our bodies.

To be sure, the Torah itself refers to the Jewish people as "a wise nation" -- but also as a stubborn one, and sometimes even worse. The bottom line: It's not our Intelligence Quotients that count but our Righteousness Quotients. What counts is the service, not the smarts. The Sages of the Talmud did not generally stress inherent abilities -- mental or otherwise -- but rather focused on how we utilize whatever blessings we have. Their greatest honorifics customarily ran not to words like "genius" or brilliant" but to ones like "righteous" and "God fearing."

Even though the Jews' election was merited through the dedication of their ancestors Abraham, Isaac and Jacob, and through another choice -- that of their descendants, at Sinai, to accept the laws and teachings of the Torah; and even though the exclusive Jewish club is open to any sincere convert willing to undertake to observe the Torah, the idea of Jewish chosenness has perturbed some non-Jews since, well, since Sinai.

Of late, though, anti-Semites tend to feed at other troughs of hate-fodder, like Israel's existence (and its imagined evildoing). These days, ironically, the idea of the Jewish people as divinely chosen is more likely to disturb... Jews.

That is because the truism that every human being has limitless value and potential has morphed into the notion that all people are interchangeable, if not identical. To suggest that different individuals or groups may have different functions or responsibilities has become uncouth, if not sexist or racist. Judaism, however, unapologetically assigns roles -- to men and to women; to scholars and to laypeople; to descendants of the Biblical Aaron and to the rest of the Jewish people. And to the Jewish people qua people, too.

There's no escaping it. A blessing all Jews are enjoined to pronounce each morning states the fact clearly: "Blessed are You... Who chose us from among all the nations and gave us His Torah..."

While history is littered with the deaths and destruction sown by self-proclaimed Ubermenschen, Jewish specialness is not a license but a gift; and its sole import is a responsibility to live lives of holiness and thereby inspire others -- to be the proverbial light unto the nations.

While some have the custom to spend the entire first night of Shavuot (and others, both nights) studying Torah, there is no Shavuot cognate-commandment to Passover's seder or Sukkot's huts. Shavuot is a time, it would seem, for turning inward and focusing on the giving of the Torah and how it defines who we are as Jews. A time to realize that our essence lies not in our talents and not in our intelligence, but in our mission.

Infusing Passion in Your Judaism
What Makes Eli Run?
The Tyranny of Materialism
Science Enters the Mysterious Inner World of Consciousness
Comments
MOST POPULAR IN Israel
Our privacy policy