Apologies to the Jewish People 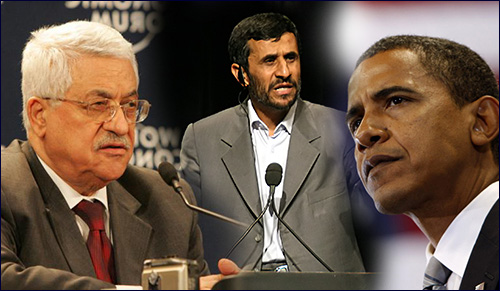 Five apologies that Jews would rather hear than Gary Oldman’s.

Gary Oldman issued an apology to the Jewish people through the Anti-Defamation League for his offensive remarks about Jews running Hollywood and for coming to Mel Gibson’s defense. Apparently Abe Foxman isn’t satisfied. I’d cut Gary some slack. He appeared genuinely remorseful on the Jimmy Kimmel show, and frankly seemed more foolish than evil. Besides, most Jews don’t really care what Gary Oldman thinks. (Most probably don’t even know who he is.)

Gary, we appreciate the apology but I'd be far more interested to read these heartfelt apologies to the Jewish people from the following five people.

Dear Jewish People, We are very sorry for wanting to wipe you off the face of the earth. We see how our actions, like getting oh-so close to creating a nuclear bomb that would decimate Israel and bankrolling terrorism throughout the Middle East, could be perceived as harmful. Israel indeed has the right to exist. We’re sorry for being so, well… evil.

Dear Jewish People, I am genuinely sorry for not recognizing Israel as your state, for pushing for the Palestinian right of return and for not letting you live in peace. I’m also really sorry for blaming the Zionists for joining forces with the Nazis to perpetrate the Holocaust. And yeah, that Hamas unity government move was a really bad idea. By the way, thanks for the top notch medical care you provided for my wife, Amina, in Tel Aviv, while my people were celebrating the kidnapping of your innocent teenagers.

Dear Jewish People, I am so sorry for becoming a rabid anti-Semite. My infamous pig balloon stunt with the Star of David was a low blow even for me. I recognize that I’ve been promoting a disgusting medieval anti-Semitic caricature used by Nazis to incite hatred against Jews, and looking at Israel through a completely distorted lens. I’m sorry I used my fame to promote the anti-Israel BDS movement, and I am now grateful that the Rolling Stones ignored my hate-filled pulpit bullying and gave a far better concert in Tel Aviv than we ever could.

Dear Jewish People, Forgive me for inciting hatred against you and contributing to the fearful, anti-Jewish climate that now permeates France. I am heartbroken that my legacy has become the Nazi-like “quenelle” salute, and I realize there is nothing at all funny in making a joke about the lack of modern-day gas chambers. I’ve decided to abandon my career in the arts and will do something reparative for my soul, like teach Holocaust studies to French youth.

Dear Jewish People, I realize I have a list of items for which I need to beg your forgiveness. I will be taking that up with my now good friend Bibi Netanyahu when we hang out together at Camp David next week. What I need to ask the entire Jewish people right now is to forgive me for staying silent and not condemning loudly and clearly the horrific kidnapping of Naftali, Gilad and Eyal. I should have expressed my unequivocal solidarity with you at this very trying time, and tried to do everything possible to help secure the return of these precious boys. Your family is my family (especially when one of the boys and his family are American citizens).

I realize that none of these apologies are forthcoming (nor from Nasrallah, Assad or Hamas). We are not waiting for an apology. We are a nation that dwells alone. By any historical measure, the Jewish people should have disappeared long ago. Despite exile, persecution and assimilation, we are back in our homeland, inching closer to fulfilling our destiny. Our existence gives testimony to the Orchestrator of history Who is moving all the pieces.

The endgame is clear; the choice is what role each individual will play in this unfolding story. Obstacle or enabler? The choice is theirs alone.

How a Hurricane Relief Mission Prepared Me for Chanukah

US Cabinet Member Sworn in on 500-Yr-Old Jewish Text
It Takes A Lot Of Faith To Be An Atheist
How Instagram Brought Back This Nostalgic Soup
What Makes Eli Run?
Comments