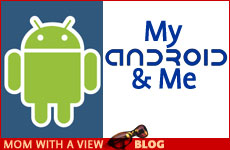 I took the plunge and acquired the latest Android phone. It went downhill from there.

I am not a gadget person. My eyes tend to glaze over when people try to discuss the latest product with me. But I am not immune to peer pressure and to some suppressed desire to appear cool (!). So when my Blackberry started showing its age (like its owner) I decided to take the plunge and acquire the latest Android phone.

I armed myself with a whole list of rationalizations why this was necessary: I was due for an upgrade (that clever marketing tool that in my case seem to have worked just as planned!), those Blackberry outages were hampering my efficiency and it would be good exercise for my brain to learn something new (quantum mechanics was out!).

Additionally I fell for the age-old argument about the time I would save (why does it never really work that way?) and – best of all – I really wanted the Siddur app and the Tehillim (Psalms) app so I would never be without either of those items. Try and beat that argument!

So I bit the bullet and walked into the store. I think I was the oldest one there – staff and clientele included. And probably the most technologically inept (my teens are reading over my shoulder and nodding in agreement). I found myself saying things like “My kids think I should get…” after which I felt like just grabbing my walker and slowly making up way out of the store! I persevered and brought home my new toy, I mean, important work-related, time-saving device.

I then proceeded to spend hours (literally) back in the stores (the original one and ones closer to home – did you know that unlike every other chain store in the world, at&t will only let you return a phone to the store you purchased it from?!), online with “live” help, on the phone with tech support, emailing IT staff – all in order to get my email up and running. Two days and many hours of aggravation later, it was finally working.

Unwilling to allow all the time to be wasted (while simultaneously acknowledging that much of it was and recognizing my own culpability in that area), I have been ruminating on what I have learned from the experience.

The most trivial of discoveries is to trust myself a little more. I had received instructions that the service people kept insisting were just general and not specific. Finally, after repeated trips to the store, I went home and tried the instructions. That’s when I (yes me, believe it or not) got the email to work. It’s very difficult when you are operating in areas completely outside your expertise but I seem to have stopped thinking and given that task over to others. Had I not done that, I would have had the email up and working earlier and would not have wasted so much time.

The next realization was just how much time we are willing to devote (read: waste) to get these things working and how much frustration we allow them to cause. (I mean, for goodness’ sakes, Iran is on the verge of going nuclear and I’m concentrating all my emotions on a phone!) I’m embarrassed to have devoted so much time that could have been better spent elsewhere on this gadget and I’m humiliated by the frustration and aggravation I allowed it cause me, especially when there are so many real issues out there much more worthy of my emotions and effort.

And finally, and perhaps most importantly, I discovered that I actually could survive without constant access to my emails – who knew? It actually improved my conversations because I wasn’t distracted and it didn’t really hamper my efficiency since my prior habit was to read most emails twice – once in the car as entertainment at a red light, and once in front of the computer when I could actually respond. Only when travelling (and I’m not exactly a jetsetter!) did this ability seem to make any real difference.

As for learning all these new tricks - installing new apps, creating a great screen saver – well, who has the time? I’m too busy with the basics and with trying to keep up with my day job.

The phone still looks cool – but me, I just look like a bubby trying to use a phone made for a different generation…and not getting on with the more important tasks at hand.

The End of a Unique Passover

Twisted Thinking
A Sukkot Dictionary
Yom Kippur: Tasting Transcendence
Vegetarian Stuffed Peppers
Lessons from the Book of Jonah
Where Are We? The Body, Brain, Soul Problem
Dr. Sheila Nazarian’s Escape from Iran
The Miami Boys Choir is Taking over TikTok
Caramelized Onion and Pumpkin Pirozhki
For Every Individual, A Torah Scroll
1 2 3 … 2,914 Next »