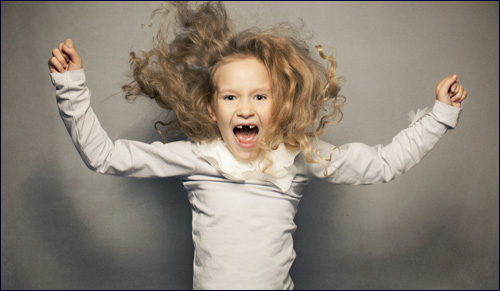 About 40 percent of those with ADHD are women, but many are undiagnosed.

Picture this: A child is jumping around the room, arms flailing, interrupting the teacher.

Is the child male or female?

Chances are, you imagined a boy.

Why? For years, Attention Deficit Hyperactivity Disorder (ADHD) has been diagnosed as a predominantly male syndrome. While it’s true that the majority of those suffering from ADHD are male, there are a surprising amount of women who deal with ADHD. According to one study at Harvard University, about 40 percent of those with ADHD are women – except that many women with ADHD are undiagnosed or misdiagnosed.

Many theorize that girls are less likely to be diagnosed with ADHD because their symptoms differ greatly from those of boys. Whereas many boys with ADHD cause disruptions in the classroom, girls with ADHD simply stare straight ahead at the teacher but have no idea what she is trying to say. These girls underperform throughout elementary school, even though they are bright. Many do not receive a diagnosis and simply believe that they are “not good at school.”

Instead, girls with ADHD are labeled as “chatty,” constantly telling animated stories to their friends. Alternatively, girls with ADHD might be thought of as “daydreamers.” Ellen Littman, PhD, a psychologist who focuses on gender differences in ADHD and advocates for a reexamination of the disorder, says, "Girls with ADHD remain an enigma – often overlooked, misunderstood and hotly debated."

What happens when these girls finish school without a diagnosis? What does it mean to be a woman living with ADHD?

ADHD and the Home

In addition to their careers, women do not simply act as mothers, they are also often the primary person in the household responsible for planning many aspects of home life. On a typical day, in addition to her responsibilities at work, a woman needs to keep track of her children’s afterschool activities and playdates, the grocery list, the dinner menu, and the laundry. Keeping tabs on all of these moving pieces can be overwhelming for anybody, let alone for a woman suffering from undiagnosed ADHD. For many women with ADHD, these tasks seem impossible as they consistently fail to maintain order in their lives. As a consequence, their self-esteem suffers because they feel that their failure is a reflection on their capabilities.

Many women do not realize they have ADHD until they bring their child in for an evaluation. On occasion, after her child has finished testing, a mother will ask to speak to me privately. Often she will explain that through her child’s testing, she realized that she shares many of the same symptoms as her child. It is only then that she realizes that perhaps her inability to keep track of her complex life has nothing to do with her intentions and everything to do with ADHD. Together, we then work out a plan to aid her in combating the disorder.

For women, there are specific issues that coincide with undiagnosed ADHD:

Here are some symptoms to look out for girls with ADHD:

We still don’t have a single test for ADHD and it can be hard to separate between apathy, normal kid behavior, and ADHD. If your daughter exhibits many of the symptoms above, consider taking her to a doctor or specialist who has experience diagnosing ADHD. Be sure that this professional works with children.

Once you get a diagnosis, there are multiple ways you can help your daughter: daily planners, stress balls, exercise, special diets, signals with the teacher, and of course, medication if your doctor recommends it. Early intervention is the key to avoiding issues that come along with ADHD. So getting a diagnosis is important.

And, if as a mother, many of these issues hit a little too close to home, it’s not too late to learn more about the disorder and understand more about treatment. Who knows? Pretty soon, you might be juggling your job, children, and home with ease.

I Take No Credit…and I Take No Blame