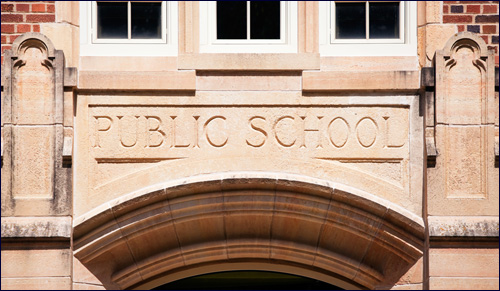 One Hasidic Jew’s campaign to replace prayer with a moment of silence is gaining traction and making a difference.

P.S. 191, also known as The Paul Robeson School, sits at the border of Crown Heights and Brownsville. The school’s student population, around 300 suffer from poverty to the extent that 99% of them meet the standards for free or reduced-price lunches. Some even live at a homeless shelter next door.

But at 8:30 every morning, a moment of silence is observed. It may only last for one minute, but for that moment the entire school is quiet.

The moment is announced over the school’s loudspeaker system by both teachers and small number of students. In the announcement, the entire school’s population (student and faculty) is asked to think about something positive for the silent minute. It can be something like what they want to achieve that day, how they could help someone else, or whatever they like, as long as they remain entirely silent for those 60 seconds.

The positive effects of a moment of silence haven’t gone unnoticed at P.S. 191. As one supervising school aide put it, “I have seen tremendous changes behavior-wise and in terms of punctuality. The kids want to be here for the moment of silence. When they miss it, you can see they’re upset.”

Hadar Gafhi, the school’s assistant principal, said it has had a direct impact on the kids’ academic success.

“It focuses the children,” Gafhi said in an interview in The Forward. During the moment of silence “they’ve made their resolutions for the day and are ready to learn, and they get right to work. We’re seeing tremendous academic growth in our kids.”

“I think about how I’m going to make today a great day,” said Tuishawn Burke, a 10-year-old fifth- grader. “It helps me focus more so I can complete my work.” 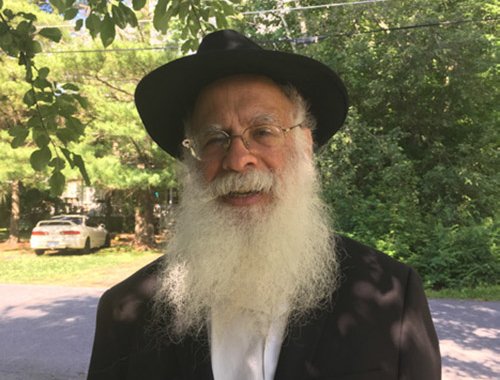 The idea of the moment of silence was first introduced to P.S. 191 by a Hasidic Jew named Avraham Frank. Three years ago, he walked right into the school to speak to the school’s principal and suggested the entire school be silent for one minute in the morning. In doing so, he was honoring the wishes of the last Lubavitcher Rebbe who desired that all public schools have a daily moment of silence.

Since then, the 65-year-old manager for home attendants for New York City’s Human Resources Administration has convinced the faculty administrators of 13 different public schools in Manhattan, Brooklyn and Queens to initiate moments of silence in their daily routines. Frank’s desire is to have moments of silence be observed at schools, “all over the city.”

The idea is not without controversy. The issue that’s standing in the way of such observances is school prayer. Prayer being initiated or sponsored by public schools has been deemed illegal ever since a U.S. Supreme Court decision in 1962, titled Engel vs. Vitale. The stipulation regarding prayer being, if students themselves initiate it and it remains voluntary and private, then prayer in schools could be allowed. Since then, many in the nation have been advocating for “moments of silence” to replace school prayer. Instead of being overtly religious in nature, students and faculty can use the moment of silence in whatever way they wished, whether to pray or for contemplation. 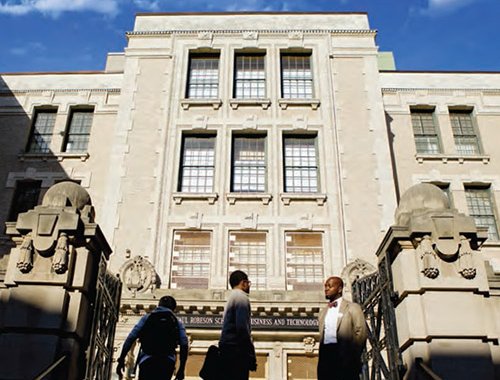 The moment of silence is not legal nationwide; they are presently legal in 30 states, New York State among them, according to the acting co-executive director of the American Jewish Congress, Marc Stern.

In Texas, a law was passed that made it mandatory for state schools to allow a moment of silence every day so that students could “reflect, pray, meditate, or engage in any other silent activity that is not likely to interfere with or distract another student.” The law was challenged by the American Civil Liberties Union on the grounds that the word “pray” had been allowed on the list of chosen things that students could do during the moments of silence, as that word had been deliberately left out of a previous law regarding moments of silence. The law was upheld in March 2009 by judges on the 5th U.S. Circuit Court of Appeals. In January, 2009, a statute in Illinois allowing moments of silence in schools was deemed unconstitutional by a federal judge.

Avraham Frank believes that allowing moments of silence is a good solution to the forbidding of prayer in public schools. “This is for the good of the children, so that they grow up to be upstanding citizens of society. It encourages morality, and this is what we want to get in the schools.”

Will Smith’s Smack Heard Around the World
Blessing on Chewing Gum
Was Rahab a Prostitute?
Extras In Our Own Epic
Comments
MOST POPULAR IN Current Issues
Our privacy policy