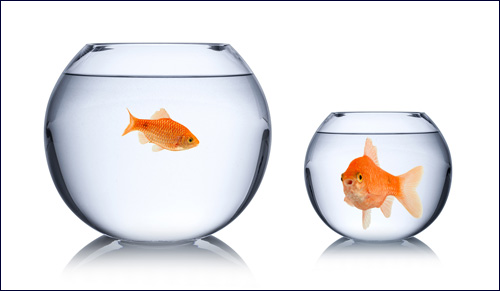 In our age of uber-wealth, many pine to join the "one percent club" with its promise of travel, glamour, exciting relationships, and bulging bank accounts. Social media promotes this envy with curated posts that proclaim: "Look at me! Here I am with playoff tickets! Now I'm flying to an exotic vacation – business class! And here I am winning an award. Look how wonderful my life is! Don't you wish you were me?"

Jealousy exists when we see someone achieving more than us, and our soul realizes it's not fulfilling its potential. Rather than accepting responsibility to improve oneself, we seek to eliminate the "source" of our discontent by putting others down and denying their success.

Jealousy is at the root of all human conflict. History's first murder revolves around envy: When Abel's offering was accepted, Cain became resentful.1 When Joseph got special treatment, the brothers became jealous and sought to eliminate him.2

Finally, he reached a decision: "Take out one of my eyes," he said, preferring to suffer than to allow his neighbor to have more!3

The attitude of "I won't be happy till I have what he has" corrodes a person internally,4 leading to low self-esteem. Perhaps this is the intent of the Talmudic dictum that "Jealousy removes a person from the world."5 In seeking to deny others success, we are the ones who suffer most of all.

Envy is the art of “looking sideways” – counting another person's blessings instead of your own. Comparing your life with others is always a losing proposition.

The story is told of a man whose store was attracting a fraction of the customers as a similar store across the street. The store-owner sought the advice of a rabbi, who – after ascertaining that the elements of location, accessibility and merchandise were all equal – realized the core problem: "The other store-owner minds his own business," he explained. "But by constantly looking across the street, your time is spent minding two stores!"

What another has doesn't lessen mine; God has unlimited ability to bestow bounty. Forgetting this is antithetical to basic belief in God.

Life is not a competition against anyone but yourself.

The story is told of Zusha, the great Chassidic master, who lay crying on his deathbed. His students asked, "Rabbi, why are you so sad? Your entire life has been filled with good deeds!"

Life is not a competition against anyone but yourself. Just as Moses fulfilled his own potential, so too we strive to fulfill ours. Each of us is born with a unique set of talents and tools. Some are rich, others are poor. Some are tall and some are short. One is a great singer; another a great writer. But these basic qualities do not determine greatness. Rather, it's how we utilize our particular talents and circumstances.

For genuine self-esteem, appreciate how you have grown and what you have achieved.

Like all character traits, jealousy has also a positive application. If we envy another's kindness, sensitivity, decency, understanding, knowledge and diligence, this is a motivator to better our own character.

Unlike materialism which is finite, spirituality is in infinite supply, able to be multiplied without reducing anyone's portion. Like a candle used to light another flame, its own flame is not diminished. As the Talmud6 says: Kinat sofrim tarbeh chachma – "jealousy of wise people brings about greater wisdom."

Focusing on others' achievements is an opportunity to clarify one's own goals, a cue how to achieve similar heights ourselves. If someone else is achieving greatness, look inward: What are they doing right? What am I doing wrong? That's taking responsibility for your life.

A few years ago, I met up with an old friend from high school. He had gone on to achieve international recognition in his field, commanding media attention and hobnobbing with presidents. I asked myself: What is the difference between him and me? How did he maximize his potential to such a degree? And what can I do to emulate that?

Taking responsibility for your life can be hard work. But in the end, it is the true path to fulfillment and joy.

Nobody Has It All

An antidote to envy is to realize that everyone experiences problems, trials, and weaknesses – just like you. Basic imperfections is what makes us human.

The last of the Ten Commandments is: "Don't covet your neighbor's possessions."7 The verse includes a long list of possessions – animals, home, spouse, "and all that your neighbor has." What does this final clause come to add?

Despite appearances, everyone has problems.

The commentators explain:8 We might covet an isolated aspect of someone else's life – his terrific job, beautiful spouse, or fancy vacation home. Yet the Torah warns us against taking these out of context. Rather we should see everything in the framework of "all that your neighbor has" – i.e. his entire life package. How many times have we seen the "glamorous" life of a celebrity come crashing down in scandal and dysfunction. Despite appearances, everyone has problems.

Years ago in a famous experiment, a group of people were arranged in a circle, and each was asked to write his/her list of personal challenges. The papers were then sealed in identical, unmarked envelopes and placed in the center of the circle. The moderator then announced: "Everyone now has a choice: Select a random envelope from the pile, or keep your own."

Without exception, everyone chose to keep their own.

In the meeting between the twin brothers, Jacob and Esav, the Torah describes their different outlooks:9 The spiritually-oriented Jacob says "I have everything" – satisfied with his portion. The materialistic Esav says, "I have a lot," but is essentially dissatisfied, seeing the glass as half-empty. If he has 100, he wants 200. If he has 200, he wants 400... and so on. As the wise King Solomon said: "The lover of money is never satisfied."10

As an exercise, count your blessings. Dedicate a few minutes each day to focus on being grateful for what you have. Start a list and try to add one thing every day.

Be generous with your time and money. Volunteer in your community. Support a cause. As you spend more time with those who have less, you will appreciate the immense wealth you currently possess.

The Talmud11 contrasts Abraham's "good eye" with the "evil eye" of Bilaam. Abraham rushes to care for three nomadic strangers,12 as part of his constant striving to assist others. By contrast, Bilaam was hired by the King of Moav to spiritually defeat the Jews.13 Bilaam could have pursued his goal by “blessing" Moav; instead he chose the low road of "cursing" the Jews.

Be aware of your reaction to others' good news. If your neighbor drives up in a shiny new car, will you joyously greet him with a sincere "congratulations"? Or will you sneer, simmer, and demean his purchase as some "unnecessary affectation"?

How you react to another's success determines your own sense of satisfaction and self-worth.

A few years ago I shopping for a new laptop, and finally settled on an HP model with all the right features. There was one downside, however: Embossed on the computer for all to see was the model name: ENVY.

If you hang around people who talk about their salary, new car, and extravagant vacations, you will fall into the trap of comparing your possessions to theirs. Madison Avenue is built on the concept of focusing on what we lack, to drive a relentless pursuit of more and more "things." Remove yourself from that conversation and find new friends who talk gratitude without boasting.

Flaunting oneself invites the possibility of "evil eye."

In practicality, it’s best to be cautious about boasting of success – whether wealth, family, or good fortune of any kind. Given the sad reality of jealousy, some will inevitably wish you to lose. Not that we should be paranoid or reclusive. But it makes sense to be modest, discreet, and selective with whom we share personal information. Flaunting oneself invites the possibility of "evil eye."

Think about this the next time you have the urge to post a gloating "victory photo" on Facebook.

Opportunity of a Lifetime

The Lady Is a Mensch
In the Shadow of David and Goliath
Where Do the Laws of Nature Come From?
Saadiah Gaon, Rashi and Maimonides: How Three Rabbis Revolutionized Judaism
Comments