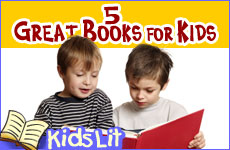 Highly recommended books that explore the value of friendship.

In a media centered universe saturated with unsavory role models, many parents look towards reading as an alternative form of entertainment for their children. There are so many wonderful books for children to read and others less so. Reading the right books is a wonderful and safe way to open up the world to your children. In this column I present some children’s books for ages 8-12 that help to ignite a positive value system. Happy Reading!

Here are five books that deal beautifully with the theme of friendship, a prominent value in the lives of both children and adults. Friends in these books assume all different forms; an adult caretaker, a pen-pal, the most popular girl in fifth grade and the least popular one as well. But all display the truest forms of friendship; loyalty, caring and love.

In the Year of the Boar and Jackie Robinson, by Bette Bao Lord: Harper Trophy

In the Year of the Dog, 4645, otherwise known as 1947, a Chinese girl’s family decides to move away from the clan in China to make a new life for themselves in New York. The girl is known as Sixth cousin or Bandit, but is knighted Shirley Temple Wong as her American moniker. Shirley attempts to navigate the world that is America while hopelessly longing for home, for her cousins and her servants, and even more desperately pining for a friend. Slowly, Shirley finds a place for herself, befriending Mabel, the scariest girl in fifth grade, taking piano lessons and acclimating to life in New York. But Shirley finds hope and consolation in the great American dream when she discovers baseball and best of all, Jackie Robinson. This book is both poignant and hilarious, dealing with themes such as belonging, friendship and loyalty. Sports fans will enjoy the bit of baseball history and all readers will be drawn to the humor and spirit doled out by Shirley.click here to purchase from Amazon.com

Beloved author Beverly Clearly wins kids over again in this touching Newbery award-winning book, narrated by sixth grader Leigh Botts. After Leigh’s parents divorce, Leigh lives with his mother in a ramshackle hut by the sea while his father continues hauling his rig around the country – barely remembering to call Leigh. Leigh has no friends at his new school and many emotions brewing inside of him. He finds an unlikely catharsis when he begins a correspondence with his favorite author, Mr. Henshaw. Through this friendship of letters and postcards, Leigh comes to terms with the way things are, realizing that as his mother says “Whenever I watch the waves, I always feel that no matter how bad things seem, life will go on.” Children will cheer as Leigh finally makes a friend at school and reaches an understanding with his father. A beloved canine rounds this book out to a great read. This book will appeal to any child learning to deal with change. The themes are sensitive but the language and narration coupled with the illustrations make the book very readable even for reluctant readers.click here to purchase from Amazon.com

Justine Silver, aka Jussy wishes her family were more like her best friend Catherine Mary McAllister’s family. The only problem is that ‘Mac’s family is Catholic while Jussy’s is Jewish. Jussy decides that her parents’ distance from their own religion legitimizes her own exploration of other religions. She weighs each of the religions, deciding against them for various reasons, Hinduism, for example is ruled out because “there are a lot of gods and remembering things isn’t my strong suit. I can just see myself calling one of them by the wrong name and being sentenced to come back as a cockroach.” Eventually deciding on Catholicism, Jussy converts her closet into a secret confessional where she stows her rosary beads and her oversized teddy-bear serving as “Father Ted.” But when Jussy’s beloved Bubbe gets sick, she is saddled with guilt. Her Bubbe, a Holocaust survivor, still keeps all of the Jewish laws that her parents find so archaic and Jussy wonders if her abandonment of her faith led to Bubbe’s stroke. Jussy is led to reexamine the religion of her birth, setting upon her research with her characteristic gusto. And when Jussy encounters authentic Judaism, she discovers that the greatest friendship of all is with her very own religion.

This thoroughly enjoyable book, winner of the Sydney Taylor Award, will have young readers identifying with Jussy’s pre-adolescent angst and insecurity. It is a wonderful way to help non-religious Jewish children explore their Jewish identity through a humorous and relatable story. click here to purchase from Amazon.com

Ida B …and Her Plans to Maximize Fun, Avoid Disaster and (Possibly) Save the World, by Katherine Hannigan: Greenwillow Books

Fourth grader Ida B would be perfectly content to go on being home schooled on her beautiful property with her brook and her orchard her whole life. But when Mama gets sick, Ida B is forced to go to school, something she thinks she can never forgive her father for. She sets herself against making friends or achieving any sort of happiness at school, entering a “black” period of her life. But when her classmate Claire moves on to Ida B’s property with her family to help Daddy pay for Mama’s medical bills, Ida B behaves in a way that even she is ashamed of. And then just when Ida B thinks things couldn’t be any darker - they start to get better. This story is told with approachable first person narration, with Ida B its quirky, funny and extraordinary heroine.click here to purchase from Amazon.com

Tree-Ear, an orphan boy in 12th century Korea, lives under a bridge with his dear friend Crane-Man, a man whose wisdom and love more than compensate for his physical disability. But Tree-Ear dreams of becoming a potter one day, spying on the master potters as he forages for food in their rubbish heaps. Tree-Ear can’t believe his good fortune when Min the master Potter agrees to use Tree-Ear as an apprentice, earning him a meal to share with Crane-Man each night and insight into the art he so admires. But the backbreaking labor of collecting wood and clay is not exactly what he had hoped for and the gruff manner in which Min relates to Tree-Ear is a far cry from his peaceful little life with Crane-Man. But when Min’s work is considered for a commission from the king, Tree-Ear offers to chance the long journey alone to present master Min’s pottery to the King’s emissary. Unexpected obstacles along the way force Tree-Ear to dig into untapped wells of courage within him.

This beautifully woven story of friendship, adventure and perseverance received the 2002 Newbery medal. Children who are open to expansive subject matter in their reading will greatly enjoy this book.click here to purchase from Amazon.com

How to Communicate with Your Kids11 min read 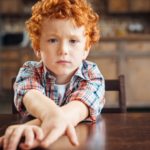 PODCAST: When Your Child is the Classroom Troublemaker1 min read

My Son, The Artist3 min read