Feeling Like I'm the Only Jewish Girl in the World 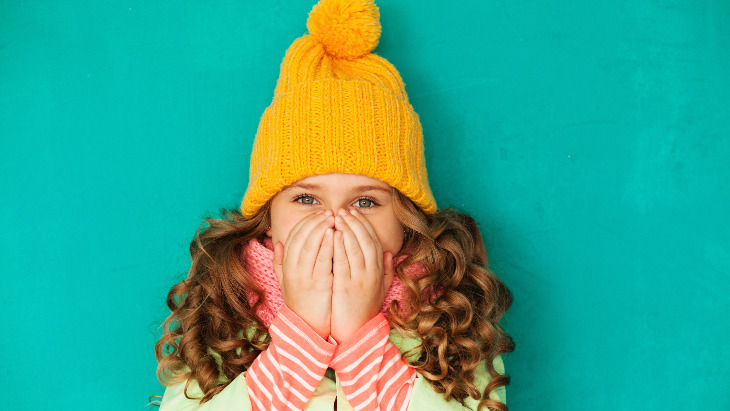 Growing up in Iowa, I was the only Jewish child in the auditorium during the Christmas recital.

My younger sister and I were the only Jewish children attending Monroe Elementary school in Davenport, Iowa in the sixties. In most ways I was just like any other little girl in the Midwest. I went sledding in the winter and caught fireflies in the summer. Only a few symbols formed my Jewish identity. For instance, the mezuzah on our front door was my daily reminder that I was part of a Jewish family.

Like most red-blooded Americans enjoying the freedom of living in the melting pot, the extended family gathered to celebrate Thanksgiving with all the trimmings (our stuffing actually had farfel, which was purchased across the river in Rock Island, Illinois from the kosher deli). However, this attitude of "when in Rome" did not extend to the next holiday. As the orange, yellow and brown displays in the supermarkets were replaced by green and red, a voice from within said, "This is not mine."

Each year, I would have to break in a new teacher. This happened in the fall. I was just an ordinary student, maybe a bit more gabby than the rest, until Rosh Hashana approached and I would quietly inform the teacher that I'd be missing school.

"Oh, you're Jewish?" was the usual response.

Once through the Jewish holiday season, my Jewishness was forgotten until the Christmas recital. Suddenly, my Jewish roots were recalled and considered of great educational importance. For this glorious gathering the entire school body was squeezed into the auditorium to hear speeches, a few carols, and view the lighting of my Hanukkah candles.

It was a silence that impressed upon me that I was doing something important...that being a Jew was important.

This practice, year after year, tended to be the show stopper. The night before, I would carefully choose the nine candles according to some color pattern that I felt would make the best impression. These candles were promoting the entire Jewish religion and culture, competing with large evergreen trees covered with tinsel, lights and ornaments. As I took center stage and set my menorah onto a tabletop, I was amazed by the total silence around me. It was a silence that impressed upon me -- more than the gratuitous applause that would follow -- that I was doing something important...that being a Jew was important.

In a loud, clear voice I would recite the blessings according to the tune my father taught me. Then, one by one I would light all eight candles even if it wasn't the last day of Hanukkah. I felt it was important for everyone there to know that Hanukkah was celebrated for eight days.

After the menorah was lit, my teacher would ask if there were any questions about Hanukkah  Inevitably, some doubting Thomas would ask, "Is it true that you get a present each night?" Believing this to be one of the foundations of my holiday, I would announce, "That is correct!" which always got a few oohs and ahhs.

Once in a while someone would ask me if I "believed in" Christmas. My teacher would intervene, explaining that all questions should be about Hanukkah. I had no problem announcing that I did not "believe in" Christmas. It was foreign to me.

I knew I was the only Jewish child in the auditorium, and sometimes felt I was the only Jewish girl in the entire world. And yet, like Judah Maccabee, I had no sense of weakness or lack of importance. As I stared at the small dancing flames, I felt like a small, but precious diamond connected to an eternal People throughout time and space.

Today I no longer live in Iowa. And I am definitely not the only Jew around. I live in Jerusalem, with children ranging from still in diapers to recently married. The small twinkling light of Hanukkah that built my strong Jewish identity during my childhood now permeates my consciousness and every action. Those small flames that I held onto within the darkness are burning bright.

Chanukah in Iowa
Chukat 5782: Let’s Play the Blame Game!
The Sin of Moses: The Two Ways to Communicate
In Aftermath of Chicago’s July 4th Shooting, Local Moms Provide Countless Points of Light
Comments
MOST POPULAR IN Spirituality
Our privacy policy