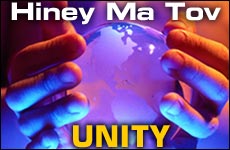 Laws of Shabbat for Beginners

There once was an old man who was walking along a seashore filled with starfish which had been washed ashore. Thousands and thousands of them lined the shore, struggling to make it back to the water in which they lived. A small boy who was walking toward the beach saw the old man throwing the starfish one by one back into the water.

In amazement the boy approached the man and said to him: "Excuse me sir, but there are thousands and thousands of starfish on this seashore! Do you think that you could possibly make a difference? It seems rather hopeless and most of them will surely die!"

The old man looked up as he threw another one back into the sea and said to the boy, "I made a difference to this one." He picked up another starfish and threw it in, "and to this one... and to this one. Imagine the difference we could make if instead of criticizing we would work together."

And together, the old man and the boy continued to return the starfish to the sea.

Why Do We Say Shabbat Shalom?1 min read 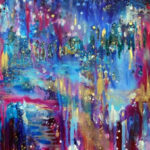