It seems a bit funny, but getting drunk on Purim can be a spiritual experience.

A person is obligated to become inebriated on Purim until he doesn't know the difference between "cursed is Haman" and "blessed is Mordechai." (Talmud Megillah 7b)

We all wonder: Why does God permit, nay encourage, us to get drunk on Purim? It seems to be such an unholy, un-Jewish practice. Is all the fun and frolic with alcohol just Judaism's version of a college frat party?!

Of course, the answer is a resounding "No."

No Jewish practice exists that is not replete with profundity and depth. This is all the more true when it comes to understanding such a strange practice as getting drunk on Purim.

If there is one fundamental lesson of the Purim story, it is that while we humans like to feel that we are running the world and controlling our destinies, at the end of the day, God is behind it all. As the Talmud (Megillah 12a) indicates, the Jews felt they were helping their political relationship with the government by attending King Achashverosh's grand feast. In reality, their very attendance at the feast was the spiritual trigger for Haman's evil decree to annihilate the Jewish people.

The Jews' attendance at the feast was the spiritual trigger for Haman's evil decree to annihilate them.

What was Achashverosh celebrating, anyway? He foresaw (incorrectly, of course) that the Temple in Jerusalem would never be rebuilt and the Jews would never again achieve independence. This is why he paraded at the feast wearing the special garments of the Jewish Temple priests.

The Jews, for their part, felt they needed to attend the feast and feared Achashverosh's reprisals if they would boycott. This made good political sense to them. Mordechai warned them not to go, but they ignored his advice (Midrash Esther Rabba 7:18). Essentially, the Jews were attending a celebration of their own demise and engaged in unholy behavior at the feast. The Jews had given up and thought Achashverosh's assumptions of their downfall were probably right. Hence, they were deserving of the decree of their own destruction.

Only when the Jews turned to God, recognizing that all of their independent plans only brought forth disaster, did the salvation blossom. When they fasted for three days and nights, praying and repenting, they realized that only God could bring their deliverance.

In the words of a popular chassidic song by Mordechai ben David (based on the Talmud - Sotah 49b): "We are believers, descendants of believers, and we have no one else to rely on, except our Father in Heaven."

If there is one lesson of the past few years, it is exactly this point: "We have no one else to rely on, except our Father in Heaven!"

Our modern experience is surprisingly similar.

First, we thought that our finances and money were secure. The ‘90s "new internet economy" and the ever-expanding marketplace were the mantras of the day. Books were written entitled "Dow Jones 20,000" and stocks kept climbing with no end in sight. Amazon: $400 a share, Yahoo: $300, AOL: $200. And then, out of nowhere, everything crashed. We are now in the worst stock market since the Great Depression.

Meanwhile, as we thought Israel had finally achieved some semblance of peace (at least a superficial, on-paper one), the devastating violence and hundreds of dead showed us differently.

Our fears and insecurities are here to stay.

We thought we could rely on the powerful U.S. military and intelligence to secure our existence. Then came Sept. 11 and a whole new seemingly impossible-to-stop wave of terrorism. We are in the midst of a long, protracted war against Islamic terror, a war that will at best take years and years to win. Our fears and insecurities are here to stay.

So if we can't rely on our money and we can't rely on our military might, what can we rely on? The only answer is our Father in Heaven. Of course, we must make our own efforts to the best of our abilities. God will not help us if we lie in bed waiting for Him to act. But the 21st century mind realizes all too well that it is mistaken to think we are in control of our security and destiny.

This is what getting drunk on Purim is all about. How?

Consumption of alcohol makes a person lack normal inhibitions. Someone who gets drunk in a lewd, wild environment, will most likely lose inhibitions in lewd and promiscuous ways. This is forbidden. But if someone consumes alcohol in an environment of Torah and spirituality, with intent to grow from the experience, he will be able to become more holy. We are not used to thinking along these lines, but many who have done so successfully can tell you that it is true nonetheless.

"A person is obligated to become inebriated on Purim until he doesn't know the difference between cursed is Haman and blessed is Mordechai" (Talmud Megillah 7b).

The key of this rabbinic injunction is that we should reach a point of "lo yada" -- we do not know, only God does. This is similar to the way the Jewish people showed trust in God at Mount Sinai, stating, Na'aseh V'Nishma -- we will do and listen to whatever God commands, because we trust and know that He has our best interests at heart. So too did the Jews of Purim express the realization that there is only one Being who we can truly and fully trust, and that is God.

The Jews in the days of Mordechai accepted God's word on a higher level than they had before.

On Purim, when we become drunk, we are saying that ultimately we don't even have enough faculties to know the difference between one who is cursed and who is blessed. We try to do what seems correct, but we realize that it is only God who knows what is right for us. And only He controls the world.

If we can keep this in mind while in an inebriated state, and if we sing songs stressing these ideas at our Purim feast, we can hopefully carry this higher level of trust and belief in God on into all aspects of our lives.

While the essay presented here is based on concepts developed by Rabbi Yaakov Weinberg, of blessed memory, according to the author's understanding, the author has expanded and embellished these insights and lessons with his own. 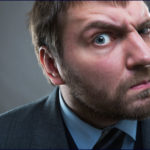 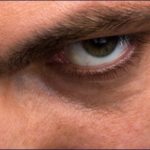 The Trap of Wanting It All6 min read

The Two Sides of the Purim Mask6 min read