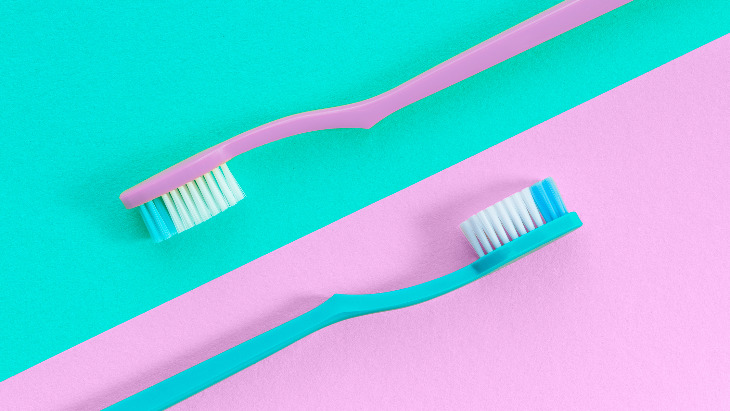 How to speak so your spouse will listen.

In spite of how effectively you are communicating with neighbors, co-workers and friends, in order to get through to your spouse, you will need to adhere to the following rules:

1. Be sure your spouse is listening. If you need to speak to your spouse about an important or sensitive subject, be sure that (s)he is not too angry or distracted. Generally, it is advisable to actively check out your spouse's readiness by asking, "Can you listen to me now?"

If your spouse responds, "No," you can ask when (s)he thinks (s)he will be ready to listen to you. While this may postpone your being able to speak, it will improve your chances of being heard when you do finally get the floor.

People automatically become defensive when they hear someone beginning with negatives, such as criticism or complaints. But if the same comments were preceded by a compliment, people would be vastly more open to consider what they are being told. So if you need to express your dissatisfaction to your spouse (and who doesn't?!), try to begin speaking by offering a few words of approval.

3. Do not attack. Attacks are indictments that are leveled like criminal charges in a court of law. They are pronounced in a self-righteous tone which almost always elicits defensiveness. Attacks tend to begin with "you" statements, such as "You are?," "You never?," or, "You always?"

The best way to avoid attacking your spouse is to try to frame your comments using "I" statements to express your feelings.

Sarah felt that her husband, Zev, was very stingy about giving monetary gifts to their married children. She felt he was selfish when he insisted that he wanted to keep his money for himself.

Instead of lambasting Zev with unflattering terms, Sarah learned how to express her feelings in a less confrontational manner. One night, after dinner, Sarah said to Zev, "I would like to give some money to our children to help them with their upcoming holiday expenses. Whenever I have brought this up in the past and you opposed it, I felt disappointed in you. For me, giving to our children is like giving to myself. And I would like to feel that my husband at least understands that position."

Zev did not agree, at first, to Sarah's proposed gift giving. But he did sit still long enough to hear her out. It was the first of many discussions which they had on that subject. Eventually, they worked out a compromise which resulted in smaller gifts than Sarah had originally intended but with which she was quite satisfied in the end.

4. Do not exaggerate. Exaggeration is one way in which we vent our feelings when we are upset. This may relieve our inner tension but it does not do much to promote marital harmony.

Once your spouse hears any slight exaggeration on your part, (s)he will feel fully justified in rejecting everything you have to say. Therefore, words such as "always" and "never" should be eliminated.

5. Do not mind-read. Many people like to play amateur psychologist and figure out what others are thinking. If we assume, however, that our estimates of our spouse's motives are completely accurate, we run the risk of inflaming tempers at home.

"You don't really care about me," "You knew that would upset me," and "I know you don't really mean what you just said," are all examples of provocative mind-reading statements.

6. Focus on preferences, not principles. So often, spouses pretend that their feelings are not as important as the "principle" involved. As they argue, they desperately try to convince each other that they are "right."

In order to "prove" that they are right, spouses often cite statistics, books and magazine articles. They will refer to examples of friends and neighbors. When all else fails, they will assert that their position is "normal" or that "everyone" thinks and acts the way they do. Only someone, therefore, who is abnormal would disagree.

While they believe that they are strengthening their arguments, they are, in fact, weakening them. It would be much more productive if they would speak about their feelings. You can dispute someone's philosophy much more easily than you can his/her feelings.

As long as we are discussing our preferences, there is room for compromise and resolution. But if we are talking about what is right and wrong, we will be much less likely to come to an agreement.

This is a serious mistake. If you do not explain, in the most specific language possible, exactly how you felt, your spouse will not understand what bothered you.

8. Clarify your needs. You will not be able to get what you want from your spouse unless you are able to articulate exactly what your needs are. You have to tell your spouse not only what bothers you, but also what you would have wanted done differently.

Some people have a very difficult time spelling out what they want from their spouses. "I shouldn't have to ask," they insist. "(S)he should know on his/her own what I want. If I have to ask, then I would rather not have it!"

These people harbor the wish that their needs will be fulfilled by their spouses knowing without being told. Certainly it is very gratifying to have your needs met without even asking. But it is unrealistic to expect that level of service all the time. Mothers can often anticipate the needs of their children, especially infant children, without the children even having to ask. But spouses cannot possibly replicate that maternal level of nurturance.

9. Limit yourself to one or two topics. Husbands and wives sometimes find that they have accumulated a long laundry list of complaints and grievances. When each one finally gets his or her turn to be the speaker, (s)he often tries to address too many subjects all at once. I call this common practice, "kitchen sinking," because the speaker is piling on everything, as the saying goes, "including the kitchen sink."

The urge to "kitchen sink" is understandable. For months or years you have felt misunderstood or not listened to at all. Now you finally have your spouse's attention. You feel as if you want to pack it all in now while you still have the chance.

Although it is quite prevalent, kitchen sinking is extremely counterproductive for a number of reasons. Firstly, the listener begins to lose patience by the third or fourth item on the speaker's list of complaints. More importantly, however, by kitchen sinking, the speaker has guaranteed that no one topic can be explored in depth. It is far better, therefore, for the speaker to be selective and choose to address only one, or at the most, two issues at each communication session.

10. Allow time for questions at the end. It is always a good idea to stop speaking before your spouse loses patience and allow him or her to ask you questions. It is only through the questions of the listener that the speaker's words are fully understood. You would not learn very much attending a class if you were never permitted to ask questions. Similarly, you will not communicate effectively with your spouse if you do not give your spouse the opportunity to ask you questions to clarify what you have just said.

Excerpted with permission of the author and publisher from, "Ten Minutes a Day to a Better Marriage: Getting Your Spouse to Understand You," by Dr. Meir Wikler (Artscroll/Mesorah Publications, 2003)

Keeping Your Marriage Strong during Quarantine

A Ten-Year Power Struggle
Don’t Believe in Other Gods Versus God is One
Seeing Without Eyes
Why Shouldn’t We Eat Whatever We Want?
Comments
MOST POPULAR IN Family
Our privacy policy
Aish.com Is Looking for Great Writers