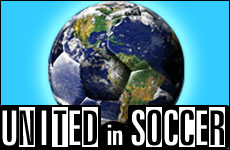 If the point that unites a group defines its essence, what does the World Cup say about humanity?

According to National Geographic, "Soccer [is] Uniting the World." The World Cup is even bringing together members of enemy countries to play it out on the soccer field.

In a world that is so torn by war and terror, this is definitely a welcome change. Even if a soccer match ignites a few ugly brawls, it is still a vast improvement over the alternative.

But a deeper issue lurks in the background. For unity means a lot more than a lack of aggression or cooperation in a mutually beneficial venture. Unity is an established common denominator between distinct parties. For example, what unites the United States is the common thread of a certain sense of individual rights and democratic process etc.

The point that unites a group -- its common denominator -- defines its essence.

In its broadest sense, our definition of mankind is defined by its common denominator. If mankind had been united by the plight of starving people in Africa or the genocide in Darfur, we would conclude that altruism or concern are the common denominator for humans.

Had great works of science or philosophy created such a universal cohesion, then intellectual advancement would be humanity's central defining feature.

What does it say about humanity that it's the kicking of a ball between the goal posts that equally arouses the English gentleman, the French artist, and the Swiss financier?

"Unity" is a term that carries an aura of sacredness. There are two events in the Jewish conscience that bespeak of such a unity. One was the Revelation at Sinai.

The Talmud tells us that the Jews camped around the mountain in total unity -- "as one man with one heart." The central feature isn't just unity, but more importantly that the common denominator that bound every Jew together was the desire to study and understand God's will.

A small reflection of this kind of unity was witnessed a number of months ago. Around 100 years ago, a great rabbi instituted a unified study plan for Jews the world over to study the Talmud at the pace of a page per day, completing the cycle every seven and a half years. Whether the Jew from Paris travels to London, Johannesburg or New York, wherever he goes he will find other Jews gathering around to learn the same page of Talmud.

Last year's celebration marking the completion of the Daf Yomi drew close to 100,000 participants. The event, linking Jews around the world via satellite, was very moving -- so many people, united by such an elevated undertaking.

Imagine a society whose common denominator is the search for knowledge and understanding.

The second expression of unity occurs on the High Holidays, when at the core of our innermost prayers we whisper, "and may [all Your creations] form a unity [whose purpose] is the wholehearted accomplishment of the Divine Will ... and may every one of Your creations recognize that it is You Who created them."

The vision is the unity of mankind, united by the most profound vision of man -- the search for the Divine imprint on each one. Of course we do not seek to impose the truth we recognize by the sword; God needs no coerced minds. Rather, we pray that each being recognizes from within himself the profoundest of human recognitions, and let that unite mankind.

In a world filled with killing, cruelty and plunder, any cessation of violence, any encouragement of peace is welcome. And if soccer can do that, then let me contribute a ball as well.

But it's also a good time to expand our vision of unity. Are the feet the only common denominator of mankind? Let us pray for the day when the hearts and minds of people unite in pursuit of understanding and kindness, and our common denominator will be the Divine image of every human being.

To Everything There is a Season
Evolution 2.0: The Coming Darwinian Revolution
Chukat 5782: Let’s Play the Blame Game!
The Sin of Moses: The Two Ways to Communicate
Comments
MOST POPULAR IN Current Issues
Our privacy policy