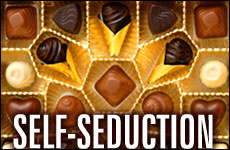 Your challenges are ly tailored to help you grow spiritually.

In a famous legend, the rabbis once captured the yetzer hara, the negative impulse, and confined it in a big pot. They considered killing it, but then they noticed that throughout the kingdom, no one went to work, and even the chickens stopped laying eggs. The rabbis had to let it go.

In another source text, the lesson concludes, "If not for the evil impulse, no one would build a house, marry, have children, nor engage in trade."

These references tell us that despite the literal translation of its name, the yetzer hara isn't an impulse to do harm that dooms us all. Rather, they are pointing to the inner drives that arise from our lower selves. The drives themselves are certainly not appraised as bad; in fact, they are necessary and useful for human life. But whenever you try to control or overrule those drives because of an intention of your higher nature, or when one of those drives becomes exaggerated, you will have a struggle on your hands. The yetzer hara will do everything in its power to subvert your higher self and to influence you to indulge your desires. Hence the goal is not to try to destroy the yetzer hara, but to control it and apply it for good. Ben Zoma asked, "Who is strong?" His answer is: "Whoever controls their [evil] inclination."

In our ness, you and I have desires that have their own distinctive weave and coloration. And youryetzer hara is matched up to your desires, inch for inch, stitch for stitch. Your yetzer hara is perfectly contoured to provide exactly the challenges you must overcome in order to grow spiritually. And just as there is an infinite range of human personalities, the yetzer hara comes in an infinite number of variations. In every case, though, the yetzer hara will perfectly match a person's spiritual curriculum. Like the settings of your soul-traits, your yetzer hara is an inevitable companion on the way of the soul. You are well advised to get to know yours.

Are you familiar with your own inner impulses?

Do you? Are you familiar with the inner impulses that push you to do what you know you shouldn't, or keep you from doing what you should? Take a moment to consider for yourself.

Your yetzer hara may push you to do things you really shouldn't. "Go ahead," it says. "Who's counting? Who will see? How could one hurt? You deserve it." It will flatter, cajole, seduce or come up with whatever it takes to induce you to step over the line.

Or your yetzer hara will be the voice that tells you not to do what you know you should. "Don't bother," it will counsel. "What's in it for you? Surely it's somebody else's turn." Or even more negatively, "You don't deserve it, so don't even try. You're bound to fail so don't even start."

Rabbi Elijah of Vilna, known as the Vilna Gaon, writes that the yetzer hara does not try to seduce you to do something that is outright sinful because in that case, you'd never take the bait. Rather, the yetzer hara tries to get you to take only one small step down a wrong road, which it can do by convincing you that this first step is actually a good and righteous thing. For example, the yetzer hara won't try to entice a person who keeps kosher to outright eat pork because that is not likely a point of vulnerability for them. Instead, it would try to entice that person to eat roasted kosher meat at the Passover Seder (which, for technical reasons, is inappropriate), and it would whisper convincingly, "You'll really enjoy the festive meal so much more." Once the yetzer hara has succeeded in that small measure, it will continue enticing the person further and further down the path of transgression.

Rabbi Yosef Yozel Hurwitz of Novardok alerts us to the way the yetzer hara works by exploiting what he calls "a righteous opening." His example is Cain, who ultimately killed his brother Abel. His first step toward that terrible act came with his reaction to God's acceptance of Abel's sacrifice but not his. Cain wanted his sacrifice to be accepted too, which was a positive and righteous kind of jealousy. But it was still jealousy and that's what created a righteous opening for the yetzer hara. He was led along until he committed the first recorded fratricide.

The yetzer hara is the proverbial trickster.

Some Mussar teachers talk about overcoming your yetzer hara. Others speak of befriending it, or redirecting its energy. However it is approached, the task of taming the adversary is not to be underestimated. Be forewarned that the foe is wily, unruly, deceptive. It doesn't play by our rules. And the better we get at dealing with it, the more subtle does it render its resistance. It is the proverbial trickster.

The yetzer hara makes sure it is hard to overcome. As a child, the future chassidic master Eliezer of Dzikov was reprimanded by his father, Rav Naftali of Ropshitz, for some misdeed. "But what can I do if my yetzer hara entices me?" the child asked.

"Learn from your yetzer hara," his father said. "Look how faithfully he performs his task."

The Mussar masters want you to be very alert to the nature of your yetzer hara and particularly how it operates in your life. They want you to be aware that it can pop up at any moment and that the struggle to overcome its influence goes on for a lifetime. They want each of us to learn to be skillful in dealing with our own yetzer hara.

And they warn us that despite our best efforts -- and never has a civilization been more inventive and effective at it than ours -- our lower self, with its bundle of self-preserving and other urges, is not susceptible to being anesthetized. Nor will it succumb to bludgeoning. Those efforts only temporarily send this stealthy psycho-terrorist back to its cave where it gorges on our foolishness and plots its survival and our downfall. With every blow we deliver, its subterranean force expands, until one day it re-emerges, either as a stomping monster or as an equally deadly foul gas, seeping through the cracks in who we'd like to think we are.

That you can expect never to be freed of the inner adversary is conveyed in a story about the 18th century Vilna Gaon. One day, his students told him, "Rebbe, we wish we could have your yetzer hara." He answered them, "Oh no you don't." And he cited as proof the saying in the Talmud, "The greater the person, the greater the yetzer hara." If we are wise, we should not even want to be freed of this inclination. As you advance spiritually, your yetzer hara continues to offer its challenges. That's so you can continue to grow.

Climbing Our Own El Capitan

Spiritual Responses to Coronavirus
Lessons from the Book of Jonah
Where Are We? The Body, Brain, Soul Problem
Dr. Sheila Nazarian’s Escape from Iran
Comments
MOST POPULAR IN Spirituality
Our privacy policy
Aish.com Is Looking for Great Writers