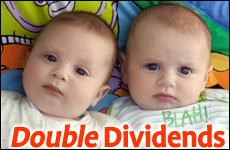 Coincidence or Divine lesson? The choice is yours

I felt my friend had cheated me out of some money.

I was in a quandary. I was afraid that if I brought up the issue it may ruin our relationship. But on the other hand I really wanted my money.

My husband favored relinquishing my claim and not ruining the friendship. Anyway it wasn't an astronomical sum. On a rational level I agreed with him and decided not to risk getting into an argument over it. But frankly, my baser side was waging a fierce battle, reminding me that if I didn't get my money, I was, at the very least, entitled to bear a grudge. This of course defeated my objective of perpetuating the friendship.

A few days passed but my internal conflict did not subside. At that point I took the tried and true Jewish route: I called my rabbi to hear what sage advice he could offer.

After hearing my story and that I basically opted to forego the money but just could not stop processing my feelings of resentment over being gypped, he said that if I would drop my grudge and move on, the Almighty would repay me doubly.

That was Friday afternoon.

On Saturday night, my daughter Batya, who was in the middle of her ninth month of pregnancy, called to tell me that she thought she was in labor. She asked if I could baby sit my granddaughter.

"No problem, my pleasure!" I responded, inviting them to spend the night by us and see how the labor progressed.

As it turns out, she had the baby that night.

Another of my daughters, Emuna, was concurrently at the end of her ninth month of pregnancy, and when Batya informed her that she was going to the hospital, Emuna half-jokingly added, "Save me a bed!"

Those words ended up being prophetic. The next day Emuna gave birth. And she roomed at the hospital with Batya!

And so it was that within two days, I had two adorable new grandsons.

There are many ways God can "doubly repay," not all of which are monetary.

Of course, the juxtaposition of the rabbi's words and the births of two new grandsons got me thinking. I doubt that it was what the rabbi had in mind when he spoke of being doubly repaid, but this did give me an added dose of appreciation for two healthy new grandsons. And it demonstrated that there are many ways God can "doubly repay," not all of which are monetary.

It could be argued that there is nothing so spectacular about two pregnant sisters having their babies within a day. It could also be argued that the timing was just coincidental and I was reading into things by deriving a personal message.

Be that as it may, when faced with life situations, a person always has a choice. One can choose to feel that everything is just a coincidence, or choose to receive a lesson which helps them live a life more in sync with Almighty's directives. I felt I had received a double dividend. The feeling helped me let go and move on.

The story does not end here, though.

While I basically felt the account was closed, I'm embarrassed to admit that every so often I had a weaker moment where I wondered whether I should have voiced my grievance and not have been so quick to relinquish the money.

I attempted to quell those disruptive thoughts, count my blessings and go on. But like stray cats, the thoughts kept returning and disturbing my peace of mind. Finally I decided to make a request from the Almighty. "If I'm supposed to get the money, please give it to me without any active involvement on my part."

Months later, due to a certain chain of events and with no active involvement on my part, my friend unexpectedly paid me back in full.

This time I knew the connection was in no way imaginary. Again I was repaid doubly. The relationship was intact and I also got the money.

Actually, though, the dividend was multi-fold, because I got to keep my self-respect and peace of mind throughout those months.

And when I add in the extra-appreciation I got for my two new grandchildren, the dividends become doubled so many times that I lose count.

But isn't this how God works with us all the time... if we would only take notice?

Do You Believe God Believes In You?
The Softball Player
How This 6 Generation Bread Baker Brought Back Israel’s Ancient Grains
Olivia Newton John’s Grandfather was a Nobel-Prize Winning Jewish Physicist
Comments