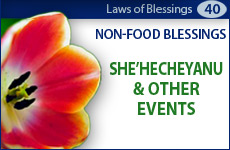 The blessing that thanks God for enabling us to reach a special milestone.

One of the most well-known brachot in Jewish life is She'hecheyanu, the blessing that thanks God for enabling us to reach a particular milestone. Nothing quite matches the feeling of lighting the Chanukah candles or eating a new fruit – and articulating the emotional joy with the words, "Blessed are you, Lord our God, King of the universe, Who has kept us alive, sustained us, and brought us to this season."

Specifically, She'hecheyanu is recited upon

There is another, related bracha – HaTov v'HaMeitiv – which is generally recited in situations where the "event" benefits both oneself and others:

We will now explore the circumstances in which these blessings apply. At the end of the class, we'll learn about a few other blessings that are related to life events.

Because Jewish holidays only come once a year, She'hecheyanu is a beautiful way to praise God for having brought us to this time.

She'hecheyanu is recited on the holidays of Passover, Shavuot, Rosh Hashana, Yom Kippur, Sukkot and Shmini Atzeret. For women, the blessing is typically said at candle lighting; men usually say it at Kiddush (except on Yom Kippur, when men say it in synagogue).1

She'hecheyanu is also said on the rabbinical holidays of Chanukah (upon lighting the menorah of the first day)2 and Purim (at the Megillah reading).3 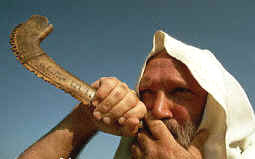 She'hecheyanu is also said when performing mitzvot that occur only occasionally. For example:

Imagine your backyard mango tree, where every year you wait months for the fruits to ripen, so that you can once again experience the joy of that distinctive resinous sweet mango flavor. Whenever you eat – for the first time that year – a fruit that is only available seasonally, you give thanks to God by reciting the bracha She'hecheyanu.9

She'hecheyanu is said not only on fruits (i.e. which get the blessing Ha'aitz), but also on a Ha'adama food that is only available seasonally, and that brings special joy10 – for example: watermelon, strawberries and pineapple.11 Bananas and peanuts, however, since they are generally available year round, do not get a She'hecheyanu.12

When saying She'hecheyanu on a new fruit, there are two different customs regarding the order of the brachot, and either of these customs is acceptable: 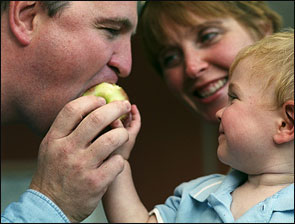 If you forgot to say She'hecheyanu on the "first bite," you can still say it as long as you are in the process of eating that fruit for the "first time" that year – i.e. in the same eating session.15

If you want to eat a few "new fruits" in the same sitting, only one She'hecheyanu is said to cover all of them.16

What about a fruit that comes in different varieties? Although the rules are complex and subject to some dispute, the general rule is as follows: If there is a different name, appearance and taste, then you should say She'hecheyanu on each fruit. But if the difference is merely a nuance in taste and texture, you do not.17

What about a fruit that you eat all year long in "dried" form – e.g. raisins, prunes or dried apricots? In such a case, you still say She'hecheyanu upon eating the first "fresh" fruit of the season.18

There is an undeniably special feeling when purchasing a car and driving it home for the first time. Whenever acquiring a new item of value brings special joy – that you "subjectively" regard as valuable and important19 – we should thank God for enabling us to reach this milestone. For most people, this includes

In these cases, there is an important rule to follow:

Generally, the blessing is said not upon the actual purchase of the item, but rather for an appliance and the like when it is delivered and for clothes when you first wear them.23

The bracha is also said if an item is received as a gift.24 Furthermore, even if the item is "second hand," the bracha is still said, providing that it gives you sufficient joy.25

For pure joy, it may be that nothing beats the birth of a new baby. Between the sense of enormous potential, and the overwhelming gratitude, this is an opportune time to say a bracha. 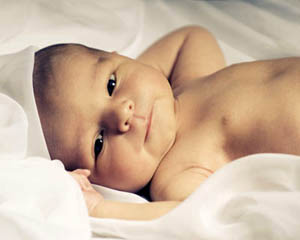 At a wedding, the Sefardic custom is that the groom says the blessing She'hecheyanu over a new tallit, and has in mind that the blessing also goes on the marriage for him and the kallah.29

In order to thank God for our abundance of wine, the Sages ordained that the bracha of Ha'tov v'Hameitiv should be recited upon drinking "new" wine after having drunk a different type of wine. This is contingent on the following conditions:

According to many authorities, the bracha may even be said upon drinking wine after grape juice, pending the above conditions.35

Multiple people can say the bracha Ha'tov v'Hameitiv at the same meal.36

If both wines are on the table simultaneously, it is proper to say Ha'gafen on the wine which is believed to be superior, despite the fact that you will no longer be able to say Ha'tov v'Hameitiv.37

Hearing of a Death

The Talmud says that we should "bless God for (perceived) bad experiences just as we bless Him for the good." This means that we should humbly accept whatever God sends us, even if we cannot comprehend His justice.38

In this vein, the blessing "Baruch Dayan Ha'Emet" is recited upon the death of an immediate relative (parent, sibling, spouse or child).39

Technically, this blessing may be recited as soon as one hears of the death,40 but traditionally it is said at the funeral, immediately before performing kriyah, the ritual tearing of the garment.41 (See an instructional video of how to tear kriyah.)

Upon safely completing a significant journey, one should say the blessing HaGomel to thank God for the successful trip.44 This blessing is recited after any air travel45 or lengthy boat trip.46 Sefardim also recite this blessing after completing a lengthy car or train ride, but Ashkenazim only do so only if they faced particular danger along the way.47

This blessing may only be recited in the presence of a minyan,48 typically after the reading of the Torah in synagogue.49 The blessing should be said at the first such opportunity, preferably within three days of the conclusion of the journey.50 If many people need to say HaGomel at the same time, preferably one person should recite the blessing on behalf of them all.51

The HaGomel blessing is also recited by anyone who recently underwent a dangerous experience:

When undertaking an intercity journey, travelers recite a special prayer for safety and success.53 In the prayer, one may also mention anticipated perils that will be unique to his personal journey.54

This prayer is said once per day.55 It should be said toward the beginning of the trip, but only after leaving the confines of the city.56