4 Steps to Stop Most Fights 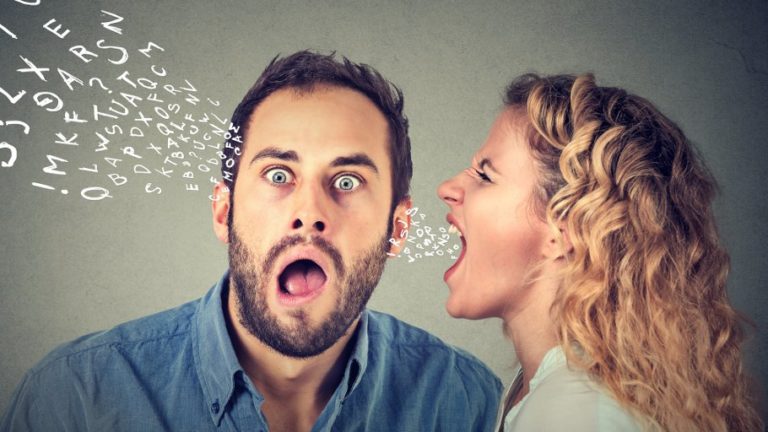 How to stop any fight and go from adversaries to peaceful collaborators.

Couples fight when they are unable to effectively problem solve together. At the root of every fight is a problem that begs to be solved. Unfortunately, emotions often take over, things escalate, and before you know it husband and wife, business partners, relatives are screaming at each other, hurting each other as their relationship disintegrates.

Here’s a simple yet powerful strategy that can stop any fight and shift a fighting couple from an adversarial stance to a collaborative stance. There are 4 steps:

Step 1: Stop the fight. When a fight starts, one person has to say clearly and strongly, “Let’s stop fighting. We have a problem that needs to be solved.” Of course, this won’t work unless both people agree beforehand, in a state of calm, to use this strategy. It can’t work as unilateral intervention. But when both people agree to use this intervention, you’ll be amazed to see that fighting will become less and less of an option.

Every fight is about some problem that the couple has an equal share in. Of course, one person may be the initial cause and catalyst of the problem. But in a relationship there is no such thing as “You are the problem.” Every problem is our problem because both people, in some way, contribute to fueling the conflict. For example, Ann has had it with Josh’s obsessive phone habits. She feels that he’s married to his phone not to her. Although Josh’s usage is somewhat obsessive, the nasty fighting might be less ugly if Ann didn’t have such a short fuse.

When a couple agrees to stop the verbal sparing, they immediately shift from an adversarial stance to a collaborative stance.

Step 2: Identify and name the problem. The next step towards deepening the collaboration is to agree on what the problem is. This is not always easy to do because any given problem often has layers to it. What seems to be the problem may only be the symptom of a deeper underlying problem, but you have to start somewhere.

For example, Josh and Ann may agree that their problem is how to make sure that cell phone use doesn’t damage their relationship. What’s important is to agree on giving a name to the problem. This gives the two of you a common focus for working together to try solving the problem.

Step 3: Start working together to solve the problem. At this stage, you are experiencing a high level of collaboration. For example, Josh and Ann may realize that phone usage is most damaging when they first see each other at the end of the day and that they perhaps should have a box to put their phones in for some agreed upon period of time until they have had time to talk and connect. Their goal is to try to find a win-win solution which means that both feel good about the solution and neither one feels like the loser.

From a counseling perspective, this is called repairing the breakdown. A good repair is when neither person has any residual bad feelings. Each person needs to be honest about how they feel. If both feel good then it’s repaired. If not, then they need to keep working to find a better solution. Many couples don’t arrive at a satisfactory repair and leave the conversation feeling upset.Multiple failures to repair results in a build up of resentment and anger which spells doom for most relationships.

Step 4: Be on the alert for underlying, deeper issues. When a couple has difficulty agreeing on what the problem is or when they agree but can’t find a solution, this usually means there is a deeper underlying issue.

After an hour of talking about boundary issues, Josh is still upset. He still feels hurt and angry at Ann. As it turns out, Josh feels threatened by Ann’s limiting his cell phone use. Josh has always been anxious about money since he grew up in a home where money was always tight. Now as he’s building his business, he feels a great pressure to succeed in order to avoid the type of emotional pain he experienced as a child when money was tight. On top of this, he also remembers how often his parent’s fought because of money. Now that he’s married, he unconsciously worries that if he doesn’t make a lot of money him and Ann will begin fighting like his parents did. In his mind, having constant access to his phone is the key to his success.

What makes it hard to spot an underlying issue is that the person who has the issue has usually unconsciously built a strong defensive strategy to protect him or herself from being overwhelmed and crushed by certain threatening feelings. When a couple repeatedly finds themselves stuck on a specific issue that they can’t resolve, it is wise at that point to seek out professional help

Judaism’s ultimate definition of marital success is called shalom bayit – a home of peace. The first step toward building a home of peace is to stop hurtful and destructive fighting. I believe that a couple who commits to using these four steps will find it easier than they think to avoid destructive fighting and build a collaborative relationship.

After Death, Changing My Relationship with My Mother-in-Law

8 Ways to Light Up Your Marriage

Four Daily Moments to Connect to Your Spouse

Marriage: For Men Only

Thinking Clearly in the Face of Anger, Part Two
Chukat 5782: Let’s Play the Blame Game!
The Sin of Moses: The Two Ways to Communicate
In Aftermath of Chicago’s July 4th Shooting, Local Moms Provide Countless Points of Light
Comments
MOST POPULAR IN Family
Our privacy policy