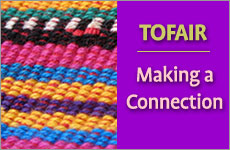 Among the melachot within the 'Order of Garments', Tofair1 (sewing) is one with several everyday (or 'every-week') applications. 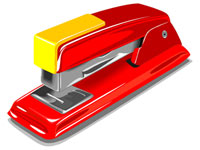 As compared to Koshair, where two items are tied together but can be separated, Tofair is "tightly attaching two flexible surfaces by means of a third material."2 The paradigm activity is sewing, as the name of the melacha suggests. When you sew, you combine materials in such a way that they become one. Sewing was performed in the Mishkan in order to combine the woven cloths which we've been discussing for the past several lessons.3

Beyond using needle and thread, other types of 'attaching' fall under the heading of Tofair. Some examples:

There are a number of actions that involve 'attaching' but are not considered a violation of this melacha.

Buttoning – Securing something with a button is not Tofair, because the items are not fused together (as they are with sewing).5 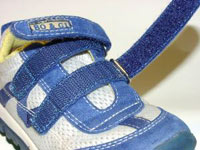 Fastening with Velcro – When you use Velcro, you are connecting one side of the item with the other. Why, then, is this not an act of Tofair?

Here we need to understand the concept of "a thing's normal use" (in Hebrew, derech tash'misho). When I use an object in the way that it was meant to be used, that action is generally not a melacha.6 There needs to be some other creative element to my action in order for it to qualify as 'labor' for Shabbat purposes. With Velcro, its very purpose is to be closed and opened repeatedly. As a result, when I use it, I am not doing any melacha.7 In addition, as we'll see below, Velcro closures are temporary, which provides another basis for permitting them.

Safety pins – In light of what we've just said, it would seem that safety pins should also be okay for use on Shabbat. In fact, this is the case, although there are differing opinions. Unlike buttons, safety pins penetrate the surface of the fabric they are being used to connect, which makes them a more serious mode of fastening with respect to the laws of Shabbat. However, because the pins are so easily detached from the fabric, and their essential use is only temporary, safety pins are, indeed, 'safe' for Shabbat use8 (most of the time – see the next section).

A straight pin is forbidden to be used in an "in, out, in" manner, because this too closely resembles an act of stitching.

An act of attaching that would be considered 'permanent' is not allowed. This is because of an opinion that the primary prohibition of Tofair is in connecting something in a permanent way.9 As we saw in Koshair, 'permanent' means anything lasting for at least 24 hours.

Thus, an action that is permitted when it is 'temporary' in nature can become a violation of Tofair when it becomes 'permanent.' As an example: you are attaching something with a safety pin, and you intend for it to remain closed for more than 24 hours, there is a limitation on your use of the pin. You can pierce the fabric once, but not more.10 Piercing it twice would strengthen the permanence of the connection.

On the flip side, connections that are temporary in nature are acceptable. We've already mentioned this regarding Velcro; other classic examples are zippers and magnets.

Another application is Band-aids (or similar bandages). You are allowed to tape the Band-aid onto skin, since it will be there for only a short period of time.11 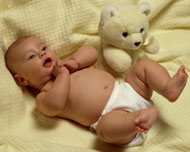 In the same category are disposable diapers. These often have adhesive tabs on either side, which fasten the diaper onto the baby. You can attach the diaper with these tabs because – and this is certain – the diaper will not remain on the baby for 24 hours.12

Tofair has a partner melacha, known as Koraya (tearing).13 Indeed, all the halachot of Tofair will apply in their opposite form to Koraya.

Let's look at a few illustrations of this melacha:

Tissues and napkins may rip during normal use; however, since this tearing isn't intended or inevitable, we can use these things. If they happen to tear, it is not a violation of Shabbat.14

(Toilet paper is more complicated, because it comes on a roll, and needs to be intentionally torn in order to be used. We will discuss this in lesson #34, the melacha of Mechataich.)

In our kitchens, we use many packaged goods, as well as fresh items that come in packages. Of course, to remove the food from its container usually involves some form of tearing. We therefore need to understand what kind of package-opening is allowed on Shabbat.

The most practical approach is to open necessary packages before Shabbat. For example, if I know my children will want crackers on Shabbat afternoon, I should open the package before Shabbat begins.

However, not everything can be opened ahead of time, and you don't always know what you're going to need. So pre-opening is not going to be a complete solution.

The basic rule in halacha is that food packaging may be opened on Shabbat if it wasn't possible to open it before, or you forgot to do so. Although the Sages extended the melacha of Koraya to include even destructive tearing, they made an exception for tearing that is needed to obtain food, medicine, or other necessaries.17

Sounds pretty straightforward, but it's not quite that simple. Depending on the type of packaging and how you're opening it, there are situations where one or more additional melachot are implicated. In these cases, you would not be allowed to open the item. The melachot most commonly involved are Mechataich18 (cutting something along a specific line or to size), Boneh (building or otherwise creating an object), and Makeh B'patish (putting the final touch on a project or object).19 Since we have not studied any of these melachot yet, we will defer the numerous cases of opening packages on Shabbat to the upcoming lesson on Boneh.

But before ending this lesson, let's take one example: 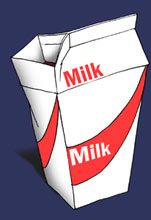 On Shabbat afternoon, your children are clamoring for milk, but the cardboard carton is unopened. Can you open it?

We are not allowed to open the flaps at the top of the carton along the glued seams, as this is a classic example of Koraya.20 What we can do, however, is open the box in a non-conventional way. For example, we could cut the box open along one of the edges, preferably so that it is destroyed and no longer usable.21

With this lesson, we've finished 'The Order of Garments', which began with shearing wool from our neighborhood sheep and ended up with a completed unit of fabric.

Next up: All about animal hides.

Laws of Shabbat
previous
Article #30 of 34
next
Like What You Read?  Give Jews around the world the chance to experience engaging Jewish wisdom with more articles and videos on Aish. It would make your mother so proud and as a nonprofit organization it's your support that keeps us going. Thanks a ton!