Whether Judaism is a religion, culture or ethnicity, shared genes provide further insight on Jews as a part of a historical people.

Genetic testing for BRCA1 and BRCA2 gene mutations has not only helped science make great strides in both cancer prevention and diagnosis, but has also given insight into the genetic and historical connection between different Jewish communities. Research has shown that Jews have a significantly higher risk of being carriers of BRCA mutations. These genes help prevent tumors from forming, but if these genes are mutated, they are no longer able to suppress tumor cells, significantly increasing the risk of breast cancer and pancreatic cancer. Though widely considered to be more prevalent amongst Ashkenazi Jews, some studies suggest that Sephardi and Mizrahi Jews may be at higher risk as well. These findings have created a priority for Jewish communities worldwide to screen for BRCA mutations. This genetic link between Jews also lends itself to the debate on Jewish identity throughout history. Whether Judaism is a religion, culture or ethnicity, shared genes provide further insight on Jews as a part of a historical people.

The Branding of a Heretic6 min read 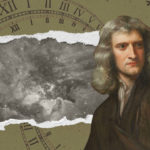 Probing Conversations between a Rabbi, Physicists, Psychologists, and Other Scientists1 min read