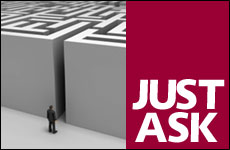 It was a Friday afternoon on a chilly Spring day in Denver and the crowd was filing in to participate in the Discovery program. Mark Lande and I exchanged pleasantries as we milled around the melon bowl.

In those few moments I learned that he had a degree in Near-eastern Languages and Civilization from Harvard, yet he seemed almost embarrassed by the prestige, and his easy and unassuming manner belied his intellect and scholarship.

"Well, enjoy the program," I offered. "If you have any questions, don't hesitate to ask."

I have enjoyed the privilege of lecturing on the Discovery circuit for the past 18 years. The seminar's chief aim is to present a compelling case for the divine authorship of the Torah. Using a system to verify documents, borrowed from the Mossad (Israel's version of the C.I.A.), Discovery methodically refutes the claims by Bible critics that the Bible is a work penned by a person or several people.

The classes proceeded in their usual fashion. The audience of about 200 was spirited and inquisitive and I was rather enjoying the program.

It happened at our final break, near the very end. I caught sight of Mark who looked slightly puzzled. I took a step towards him and he smiled warmly.

"Mind if I sit with you for a moment?" he asked, hesitatingly.

We sat. We spoke.

"Good...very good. Lots of food for thought. I must say that the arguments you make for divine authorship of the Torah do make a lot of sense to me."

"Great. I'm glad it is having an impact."

At that point the conversation kind of stopped. He still seemed uneasy and I wasn't sure why.

"Can I tell you something?" he asked.

"Well, I am currently enrolled in a PhD. program in Biblical Interpretation at the ILIFF School of Theology at the University of Denver. Our emphasis is Biblical analysis and criticism. And even though your arguments are, for the most part, compelling, I cannot help but share with you that they do not refute the disputations of the proponents of Multiple Authorship."

I was quite familiar with the Multiple Authorship theories and had argued against them many times in the past.

[In 1886 Julius Wellhausen, a German Biblical scholar, published a now famous monograph where he argued that the Bible cannot be taken literally. He theorized that a number of different people (certainly not God) must have written the Bible over a long period of time. Much of his contention was based on differences and seeming inconsistencies in Biblical accounts and style of language.]

Mark's eyes began to widen. These theories were at the crux of his inability to accept the Bible as authentically divine.

How rare it is that the answers you offer may completely transform someone.

"Yes, yes, Wellhausen. His posture just seems to make so much sense. But, then again, so does yours. If he is right, the Bible is a wise book written by various very smart people and redacted into one collective volume by some other smart person. If you are right, every single word of the text comes directly from God Himself."

"I can see why the issue is so troubling."

"Yes. Do you mind if I...er...ask you a direct question or two from the Bible itself, as examples of the incompatibilities that exist?"

The tension was palpable. Here I was, speaking with a genuine truth-seeker --someone whose entire belief system was tangled up in whether he could be shown that the inconsistencies that he perceived could be demystified. How rare it is that the answers you offer may completely transform someone. The pressure was on.

"Well," he began, "if memory serves me well, the text in Genesis tells us that the Flood, during the time of Noah, lasted for 40 days and 40 nights. But just a few verses later we learn that the flood actually lasted 150 days! Clearly, these verses must have been written by different authors?"

The question was a trial balloon. He was starting with something easy. But if we got through this one, he might feel that there was hope that the other questions could be dispensed with as well.

"Mark," I responded, "I hear your question and I value it. It may indeed seem quite contradictory, so your concern is understandable. But you must realize that besides the full examination of the scholars of the Talmud, commentators have analyzed and scrutinized every letter of the Torah for over three millennia! There are hundreds of Bible masters who, in just the last few hundred years, have illuminated the text with incredible brilliance."

Then I made a bold promise.

"I'll have the answer for you within five minutes."

I could see his excitement. He wanted to have answers -- real ones that would solve these gnawing incongruities.

I was about to get up to begin my research when Mark stopped me. He asked me one more question -- also related to the Flood -- that appeared to be more of a redundancy than a contradiction. This question was weightier. He was upping the ante and I knew that the next few minutes had the potential to induce a seismic shift in his faith forever.

"Let me take a look, Mark. These questions intrigue me too."

My search did not take long. After a cursory look at the text, and at Rashi's notations -- his being the most fundamental and essential Bible commentary -- I returned to Mark, answers in hand.

"The rain that caused The Flood did, indeed, last for just 40 days and nights. But the water on the ground did not begin to recede until after 150 days. It's really as uncomplicated as that."

The other question required a bit more explanation and it related to whether Noah and his family really possessed complete faith in God. By the time we finished, he seemed content...relieved.

"Amazing that even Noah had questions of faith," he said.

"Mark," I continued, "Rashi and the others anticipated and probed Biblical questions long before Wellhausen was born. What may seem like glaring inconsistencies and indications of multiple authorship, can often be very easily explained. You just have to ask."

He smiled softly and rubbed his chin.

"It's funny," he said. "The questions I asked and others that I still have, all seem so troubling...that is, until you finally ask them and hear the answers. Then, in a flash, they're just gone."

The one who is too embarrassed to ask will never learn.

We spoke for a while longer -- about life, politics and educational opportunities that are available today. I admired his openness and quest for intellectual honesty and I told him so. And then I thanked him for reminding me of what our Sages taught us nearly 2000 years ago. The one who is too embarrassed to ask will never learn.

We all have questions, and so often we seem reluctant to ask. Perhaps the question will expose our ignorance, our lack of faith, or our disinclination to change when we hear the answer. It takes courage to display our illiteracy or inexperience, or to reveal our line of thinking that may go against the grain. But that's where real growth materializes.

Like most fears, once we take the leap, the relief is enormous. Not only is the monkey off our backs, but the satisfaction we derive from the information we receive is often incredible. Think about the questions that really puzzle you. Contemplate the doubts that seem so inexplicable. And then, like Mark did, take a deep breath and ask. Just ask. The earth won't crumble beneath you and the world will, likely, remain very much the same.

But you will have advanced.

When I called Mark three weeks later, he informed me that he had already begun three different courses in Talmud and Bible study. His list of questions is getting bigger every week. So are his answers.