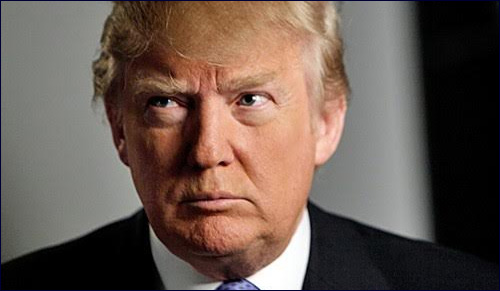 JEWLARIOUS SATIRE – Billionaire real estate mogul and reality TV star Donald Trump is in the midst of a very high profile campaign for the Republican nomination for President of the United States. Trump has of course garnered much media attention which has attracted some significant support in early polls, but he has also generated criticism as well. In an effort to woo Jewish voters, Trump’s campaign team has developed a ten point plan to woo Jewish voters. Through a Freedom of Information Act request, Jewlarious was able to obtain an advanced copy of the Trump plan:

10. You know how every shul has a maintenance guy who has been around forever and can’t really fix anything anyway? Maintenance guy: you’re fired.

9. He will distribute yarmulkes to Jewish men but with his own unique Donald Trump style. They will be called comb-over-kas.

8. Due to concerns over modesty and objectification of women, Donald Trump will discontinue the Miss Universe beauty pageant. In its place, he will launch a “Misses Bubbie” pageant, where Jewish grandmothers will compete for the crown world’s greatest Bubbie. The winner will be chosen after a series of grueling events including the Brisket Competition, and the Nightgown Competition.

7. Not only will a President Donald Trump repeal the Iran Nuclear Deal, but he will also tear up the Sykes Picot Agreement.

6. Seeing as though he now has Jewish grandchildren thanks to the conversion of his daughter Ivanka, he will be changing his name from Donald Trump to Zadie Trumplestein.

5. As the High Holidays are approaching, the Donald will engage in some introspection and apologize to those who he has offended, namely everyone. But in particular, Mr. Trump will apologize to illegal immigrants arriving from Mexico for his now infamously offensive comments. In remarks at New York’s Beth Israel congregation, Mr. Trump will reportedly say, “to the illegal immigrants coming to this country from Mexico that I called murderers and rapists, I apologize for my harsh words. They were not accurate. You are not rapists.”

4. He will buckle to the unrelenting pressure of the Jewish lobby (see this video here), and henceforth, all Trump casinos will now prominently feature driedle tables. Chocolate coins too.

3. Trump has repeatedly accused the current administration of being poor at negotiating with China. A President Trump will slap sanctions on China if they continue to devalue their currency or if they remove the Kung Pao Chicken from the menu at Moishe’s Kosher Chinese.

2. He will launch a version of his popular reality television program The Apprentice in Israel, but in the Israeli Apprentice, all applicants will somehow know more than Mr. Trump and will regularly tell him so to his face.

The Time My Family Got a Gerbil

How to Celebrate Jerusalem Day This Year
The Promise Of The Land
Which Chat Are You On?: Parshas Behar/Lag Ba’Omer
Do You Like Slow-Cooked Food? Thank the Jews
Comments
MOST POPULAR IN Funny Stuff
Our privacy policy