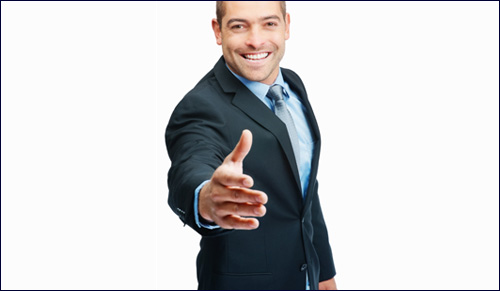 I was never really good at meeting new people. After all, what’s the point?

I was never really good at meeting new people. In fact, there are guys in my shul that I don’t know because the first few weeks I figured they were guests, and after that, I figured it was too late to say hello.

But when it comes to new family members, you kind of have to meet them. And there’s also a time limit. I mention this because there are actually two new people in my family that I have to meet.

The first is my sister-in-law’s fiancée, whom I haven’t met yet.

There’s always someone who asks that question. It’s either that, or, “If she’s your sister-in-law, doesn’t that mean she’s already married?”

The other new person I have yet to meet is literally a new person, in the sense that she was born pretty recently. My cousin just had his first baby, and we haven’t come over to see it yet.

As far as the baby, we’re not really “meeting” her. It’s not like if we introduce ourselves, she’ll remember us later. Her eyes aren’t even fully developed yet. And just like the fiancée, she’s being introduced to a million different people, most of whom don’t even bother giving her their names. So it’s not really “meeting the baby”, it’s more like affirming that they had a baby. Like we don’t believe them, so we’re going to come over and check.

And if you want to get technical, most people don’t really “meet” the groom either. Sure, we can see him at the engagement party, which hasn’t happened yet, but you can’t really get to know someone at an engagement party. An engagement party is designed so you can get in about ten words, (two of which have to be “Mazel tov,”) and then he has to move on to the next person he’s not gonna remember tomorrow. The poor guy is meeting so many new people that night and trying to commit them all to memory and not being sure which of these people he actually has to remember for later, such as his new brother-in-law, and which people he really doesn’t, but are introducing themselves anyway just to clutter up his mind with new names, such as his future in-laws’ best friends who used to live down the block until they moved away.

So it’s important that we get a separate meeting with this guy.

But I’m a little nervous. Even when I do meet him, what do I talk to him about? I can stand there and ask him the same ten questions that absolutely everyone else is going to be asking him, but if there’s one thing that I’ve learned as a teacher (and there probably is), it’s that I don’t want to be asked the same questions a thousand times.

“Why weren’t you listening when I answered that guy? Go ask him.”

Maybe he should just hold a press conference and answer all the questions at once.

It’s weird to meet the groom anyway, because it’s not like our opinion really matters. My sister-in-law approved of him, and my in-laws approved of him, and if I come over to her and say, “Look, I’m very sorry, but my conversations with him are kind of awkward,” she’s not going to say, “Oh. Well, do you know anyone else I can marry? Someone you get along with, preferably? Because you having someone to speak to at weddings and on every other holiday is very important to me.”

It’s like seeing a new baby. The parents don’t want your honest opinion, they just want compliments. And unlike with, say, a new car, you saying, “Hey, I see you got a new baby!” isn’t really considered a compliment. So what do we say? I’ve seen a lot of babies in my time, and none of them are incredibly different than the others. They’re just a cute but more annoying version of the parents. All those weird features that a lot of people have are way less pronounced on babies. It also happens to be that just about everything small is cute. There’s nothing cute about shoes, for example, but tiny shoes are adorable.

That’s why, after your first baby, people stop making a big deal about seeing your babies. They’ve seen one already, and the figure the rest will look basically like that. Because for the most part, most babies look pretty much the same. If there’s something different enough about your baby for me to notice, it’s probably not something I would want to point out. “Ooh, one eyebrow! She looks like Bert.”

And if it’s actually not a cute baby, we’re not going to say so. We’re going to say something like, “Oh, she looks just like you!” which is something that a lot of people say. Is that a compliment or an insult?

I don’t know. Have you seen you?

And the same goes for the groom. If it turns out we don’t like him, she doesn’t want to hear it. So we’d have to say something like, “Oh, he seems perfect for you!”

You know, because we don’t like you either! He’s so boring. But so are you, so it works!

Jewbama-mania
The Power Of Prayer
Va’etchanan 5782: A for Effort
Can You Show Me This "God?"
Comments
MOST POPULAR IN Jewlarious
Our privacy policy
Aish.com Is Looking for Great Writers