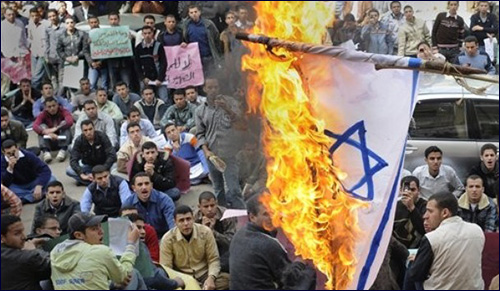 With outrageous levels of insanity overtaking the world, we need him now more than ever.

Who needs the messiah? you may be wondering. Isn’t that a Christian concept?

The notion of the messiah is as Jewish as Shabbat, the Shema and chicken soup.

Who is the messiah? He will be a great leader, pious and wise, who will become the next Jewish king. He will oversee the rebuilding of the Beit HaMikdash, the Temple in Jerusalem, gather all the Jews to their homeland, Israel, and most importantly usher in a new era of world peace and spiritual awakening when the entire world will recognize the truth of God and Torah; "The earth will be full of the knowledge of God, as the waters cover the sea" (Isaiah 11:9). (Click here for more elaboration and sources.)

With outrageous levels of insanity overtaking the world, we need him now more than ever. Here are my 10 reasons why:

1. Many innocent people have been killed and the pain is palpable. Sean Carmeli, a lone soldier from Texas who spent a couple of months studying at Aish HaTorah was killed in Gaza. 30 other soldiers have been killed, and the family of Oron Shaul is now experiencing the horror of their 21 year old son missing in action. And many Arab civilians who do not want to annihilate Israel are being killed because their perverse government values the death of Israelis over the lives of Gazans.

2. Israel is being blamed by many for the deaths of Arab civilians in Gaza, despite doing more than any country in the history of modern warfare to limit civilian casualties. The IDF warns them to evacuate before striking – through leaflets, phone calls, and prior ‘knock on the roof’ projectiles, and is risking the lives of their own soldiers in a dangerous ground operation in order to launch pinpointed strikes against tunnels and Hamas terrorist infrastructure.

Only Hamas is to blame for the tragedy of civilian deaths.* They use human shields and embed rocket launchers in schools and mosques. Instead of building a flourishing economy they have diverted tens of millions of dollars to create a militarized state with a complete subterranean world stockpiled with weapons. As Prime Minister Netanyahu said, “Here's the difference between us. We're using missile defense to protect our civilians and they're using their civilians to protect their missiles." 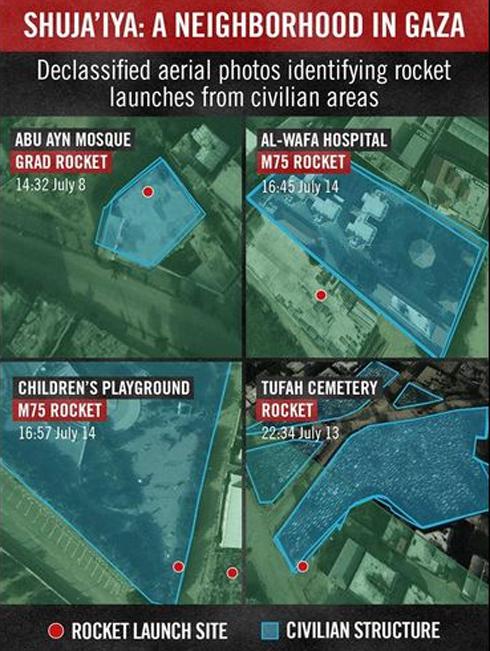 3. It is madness that 80% of the Israeli population, yours truly included, is living under the constant threat rocket attacks from Hamas. Where else in the world does this happen?

4. On two accounts Hamas rockets are discovered in UNRWA schools in Gaza. Instead of using these schools to educate children, they’re being used as hideouts for weapons designated to kill children in Israel. Even more infuriating, is that UNRWA actually returned the rockets to Hamas, aiding their murderous goal, instead of handing them to Israel.

5. Alison Benedikt, an editor at Slate, writes a galling piece apportioning partial blame to Birthright for the death of Max Steinberg, an Israeli soldier from California who made Aliyah a few months after his Birthright trip. Benedikt simply cannot fathom why anyone in his right mind would choose to live in Israel and risk his life fighting for the country, and has the chutzpah to assume he was either "a lost soul" or duped by some Birthright brainwashing machine. This drivel was published even before Max’s parents buried him in Jerusalem. (30,000 people came to his funeral; apparently there are some Jews who appreciate a Jew’s connection to his homeland and the heroism in giving up one’s life defending the Jewish People.)

6. The world is erupting with anti-Semitic rallies, violent protests and die-ins, that are reminiscent of Europe right before the Holocaust. Chants of “death to the Jews” can be heard at anti-Israel demonstrations in France, Germany, Spain, Turkey, Belgium, Holland. Jews are being physically attacked, and not only in Europe. In Calgary, Arabs attacked participants at a pro-Israel rally and the police did not intervene.

7. While the media is filled with enormous – and violent – anti-Israel rallies, the big pro-Israel rally in London only mustered 1500 people, less than 1% of the London Jewish community. Where are the Jews? Too afraid to come? Not interested? At summer camp? And where are all the Israel Solidarity missions? And now the FAA embargo is in place, further rewarding terror and leaving Israel stranded.

8. Where is the moral outrage at Syria where more than 700 Arabs were killed just this past week, according to the Syrian Observatory for Human Rights? Where are the protests over the 50,000 civilians who have been slaughtered in Syria the past three years?

9. Israel has yet to find and bring to justice Amer Abu Aysha and Marwan Kawasme, the two Hamas operatives suspected of killing Naftali Frankel, Gilad Shaer and Eyal Yifrach.

10. Despite all the efforts in Jewish outreach, we are losing the battle against assimilation. As the recent Pew study confirmed the obvious, things are getting worse, not better. We can hardly raise the issue of intermarriage and assimilation today without offending the Jews we most want to engage. While there are bright spots of innovation and effective outreach, at this rate we are on the precipice of losing a generation of unaffiliated Jews.

Tisha B’Av is around the corner. This is the time to feel the pain of the Jewish people in exile, and to channel it towards yearning for a new era when “they shall beat their swords into plowshares, and their spears into pruning hooks; nation shall not lift up sword against nation, neither shall they learn war anymore” (Isaiah, 2:4).

* The numbers of civilian deaths need to be confirmed. Al Jazeera published a list of Gazans who died since Israel’s Operation Protective Edge began two weeks ago, based on data provided by Ashraf al-Qedra, a spokesman for the Gaza Health Ministry. A breakdown by age and gender published on the Israellycool blog confirmed CAMERA’s similar analysis that 82% of the dead were men, and 66 per cent between 18 and 38 (combatant age).

Just Listen, Will Ya?
Can You Show Me This "God?"
How to Become Immortal
Judaism and Mental Health
Comments
MOST POPULAR IN Current Issues
Our privacy policy
Aish.com Is Looking for Great Writers