Why I Tour The U.S. As An Israeli Soldier 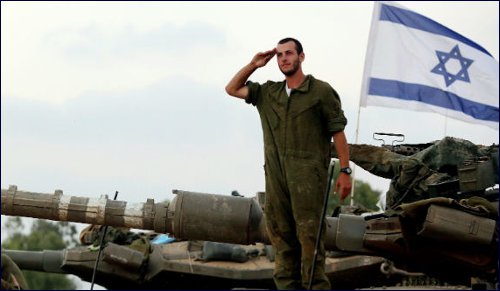 We love Israel and know best the moral dilemmas we faced.

Lital and I participated in the 6th "Israeli Soldiers Tour," speaking on campuses, high schools, synagogues and churches throughout the Northeast. This included John Jay College of Criminal Justice, where Students for Justice in Palestine (SJP) staged a "die-in" last semester.

Sponsored by StandWithUs, an international Israel education organization, the tour features reserve duty soldiers who recount their personal experiences serving in the IDF and upholding its strict moral code, in the face of an enemy that hides behind its civilians. We talk about our backgrounds and life in Israel, putting a human face to the IDF uniform. Fourteen teams of two are dispatched throughout the United States.

This is my second tour and Lital's fifth. We go because we want to correct the many lies and misrepresentations about the IDF. There is no comparison to actually meeting a soldier and learning from their first-hand experiences. We love Israel and we know best the moral dilemmas we faced.

Lital works for a news site in Israel. Born in Ashdod, she holds a BA in Social Sciences from the Open University and is working towards her Masters in American Jewry at Haifa University.  Proud of her service in the IDF, she considers it an honor to contribute whatever she can to her country, which led Lital to choose service in the border police unit. She served in checkpoints, stations aimed at thwarting terrorist attacks — a position usually held by men.

Lital tells a harrowing tale of a woman in labor, screaming in pain, who arrived in an ambulance at a checkpoint between Israel and the West Bank.  She is 18-years old. What would you do?  In that split second, Lital made the executive decision to check the ambulance to ensure that nothing harmful was being transported into Israel. She found an explosive device hidden under one of the seats.

I studied economics and management at Ben Gurion University of the Negev. I served as an officer in an interesting, little-known IDF unit called COGAT (Coordination of Government Activities in the Territories). It is in charge of coordinating between the Israeli and Palestinian sides regarding security, civil and humanitarian issues, health, commerce, education, etc. We sat, Israelis and Palestinians, together working to devise solutions for the problems at hand. I choose COGAT because I still remembered my dad's visits to the West Bank city of Qalqilia, to buy oranges. The relations with our Arab neighbors benefited both sides. That was until the Intifada broke out and everything changed. The once-friendly territories were now hostile and frightening.

I served in Hebron, ensuring that Muslims and Jews could safely pray in its holy sites. My other position was in Gaza. We received reports of tunnels being built. One day, mortar shells shot by Hamas terrorists hit the base. All activity stopped, and the Erez border crossing with Egypt was closed. Just then, a Palestinian boy arrived at the checkpoint, heading for his appointment at the children's hospital in Tel Aviv. My task was to ensure that the crossing was opened so he could pass, but what about the security issue? Thankfully, the boy made it safely into Israel.

Lital and I encountered differing opinions and perspectives about Israel during both tours. We were heartened by the many pro-Israel students fighting the battle against Boycott, Divestment and Sanctions (BDS). We knew that our stories would aid them in this struggle. These young people, who could spend three or four calm years in university having fun, instead dedicate their time to defending and educating about Israel.

We also encountered student groups, calling themselves "pro-Palestinian" when in fact, all they care about is bashing Israel. They were not interested in creating a productive dialogue; they simply wanted to shout out their message, and stage a "walk-out." Our purpose here is to talk and expose people to information about the conflict. In our eyes, dialogue is the only way that our region will see peace. We were dismayed that some of the worst anti-Israel activists were Jewish and Israeli; two other soldiers experienced this at Washington University in St. Louis from Jewish Voice for Peace.

Lital and I want peace more than anything in the world. But no, we won’t apologize for defending our country. There is so much misinformation constantly spewed about Israel and there's needs to be more education. We hope that one day, campuses and communities will be freed of hatred for the Jewish state and people will know the truth we witness there.  But,we are realistic and will keep doing what we know best, defending Israel in any way we can, in uniform or with words, and in unison with the pro-Israel forces fighting BDS everywhere.

This article originally appeared in the New York Jewish Week.

Inside Sderot
How to Become Immortal
Judaism and Mental Health
Jews and the Chocolate Trade
Comments
MOST POPULAR IN Israel
Our privacy policy
Aish.com Is Looking for Great Writers