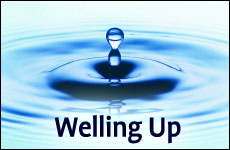 Reflections on burying our 2-week-old granddaughter.

In the darkness of a November evening, our families gathered in the cemetery to lay our 2-week-old Rivka Chaya to rest. She died a few hours earlier, after the doctors exhausted all their efforts. They tried as hard as they could, two different teams stretched to the edge of their capacity, but in the end her tiny little body could not endure. She was wrapped up and placed in her father’s arms for her final journey.

Since she was less than 30 days old, the laws of burial are different; we were able to bury her at night. It was a comfort to know that we did not have to delay, that even as the sun set, we could take her right away to where she needed to be. We arrived at the cemetery before they were ready for us. We waited while the last shovel full of earth was moved.

As the rabbi took the little bundle from her father’s loving arms and gently set her into her special place, right next to her great grandparents, all eyes welled up. Many eyes spilled over. Both grandfathers sobbed.

We shivered in the wind and in our pain.

Our hearts were full of joy over the birth of twin girls, and now, letting one return, decades, a century even, before we wanted to let her go was so hard. It was cold. We only had sweaters when we needed coats. We shivered in the wind and in our pain. We cried and hugged and then reluctantly left her behind to tend to the living, to return to the baby who was now an oldest and an only, no longer one of a pair.

Little Rivka was born the week of Parshat Chayei Sarah when the Torah introduces us to our matriarch Rivka. Our Rivka was named with great aspirations after this matriarch. Her second name was Chaya ("life") named for her lively and tenacious great-great grandmother. Rivka Chaya was less than 5 pounds at birth, but tiny as she was, she had very long feet. She would need them to fill the shoes of these very special women. Even though she was leaking lymph fluid around her lungs, and she needed a lot of extra medical attention, we were full of hope that she would be able to bear her names with pride and be a source of nachas to her namesakes and to her family.

We hoped and prayed that both twins would grow healthy and strong, and we prayed extra for Rivka who was struggling. As it became apparent that Rivka Chaya’s condition was life-threatening, we turned to the community to ask for more prayers than our family alone could accomplish. Our request was like Yaakov rolling the rock off the opening of the well, so much became available. Deeps wells of prayer, kindness and good deeds opened up all over the world. Not only was prayer increased, but there was a constant stream of food, visitors, phone calls, texts, emails, hugs and good wishes flowing into our lives.

In his book, The Genesis of Relationships, Rabbi Gavriel Goldfedder writes that one reason why some biblical men go to wells to find their brides is because of what a well represents. The first function of a well is as a place from which goodness can be drawn from the depths. These men sought women would be able to reach deep inside and draw goodness from their depths. The second function goes even further. Rav Kook explains that a well, or be’er in Hebrew, also implies “explanation,” or bi’ur. The specific kind of explanation implied in bi’ur is that of infinite expansion based on a Divine investment in the world of ideas. Drawing from the depths is step one, facilitating the continual expansion of that goodness is even more vital.

While most people have to send a bucket down into the well to draw up the refreshing water they seek, our sages tell us that the water rose to meet Rivka and all she had to do was dip her jug in to take it (Rashi - Genesis 24:17). As Eliezer sought the special qualities of a well in a bride for Isaac, he was pleasantly surprised to find a woman who was so powerful that the goodness actually rose to meet her.

After two weeks of trying there was nothing left to do. God took Rivka Chaya back. But in both her death and her life she did manage to emulate her namesake. She was buried at night, just as Rivka from the Torah was. As I stood there watching my children bury their child in the dark, I felt a little sliver of light. My children yearn to live in Jerusalem, the holiest of cities. Unlike in other cities around the world where we only bury in the daylight hours, there are night time burials just outside of Jerusalem. As we stood in Denver, it seemed like a tiny bit of Jerusalem was with us.

When a baby dies, it can feel like her life was cut short, that there should have been more. How could it be that she took off before she fully landed? How is it fair? What could she have accomplished? Our rabbi taught us that her soul was just going from one level of the Garden of Eden to another, she really just needed to pass through a physical level, and by so doing, she accomplished the fullness of her days.

Our little Rivka Chaya opened so many wells and so much rose to meet her.

Our days were enhanced by hers, in both joy and pain. The birth of twins after over four years of waiting was more than a double blessing. Her leaky lymph system caused us all to learn more about the wonders of the human body and the miracles that we so often take for granted. Her struggle to live brought us to prayer deeper than many of us had experienced before. Her death demanded that we grow yet again as we expanded our concept of fullness, of fairness, of kindness.

But even while she was here she emulated our matriarch Rivka. Just as the waters of the well rose to meet Rivka and she didn’t need to reach down deep to access them, our little Rivka Chaya opened so many wells and so much rose to meet her. She couldn’t even eat or breathe on her own, certainly she couldn’t reach out to others, and yet her reach extended so far.

So many people, all over the world, opened their hearts and opened the gates of Heaven with their prayers and with their self-reflection and extra mitzvot during the time that Rivka fought to stay alive. Her very presence was enough to cause the goodness to well up, and even more importantly, to expand.

May the memory of Rivka Chaya bas Yehoshua Meshulam (and Elisheva Chana) Hoffman be for a blessing. And may each of us merit to walk in the ways of our matriarchs and become people whose very presence causes goodness in others to well up. 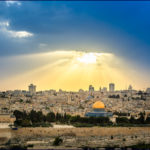