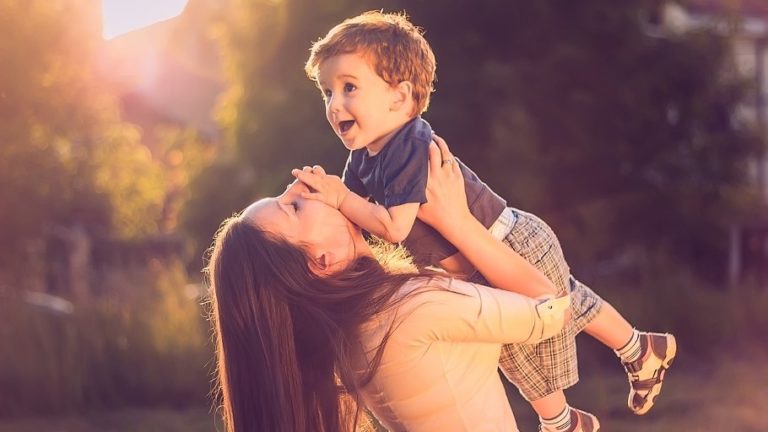 The growing field of attachment theory suggests that our religious affiliations later in life are determined chiefly in our first years.

Many Jewish parents and communal leaders ask how can we increase the odds that our kids, when grown, will remain Jewish. Day schools, summer camps, and visits to Israel are important, of course, but I’ve recently been studying the field of attachment theory, and it’s convinced me that to promote Jewish continuity we need to give our kids something essential at a much, much earlier age – in fact, starting at birth.

That essential thing is a “secure attachment.”

Attachment science – a burgeoning field within psychology – says that because we’re born helpless we’re programmed at birth to seek out and attach to a reliable, competent caregiver for protection. Success or failure of this search actually shapes the developing brain, and affects how we relate to others throughout life – with loved ones, with colleagues at work, with sports teammates – and even with the religion in which we were raised.

I’m not a psychologist, but in the process of spending seven years researching attachment theory for a book, I came across studies showing that without a secure attachment, adults are far more likely to abandon the religion they were raised in and either became atheists or convert – often suddenly – to another faith.

Conversely, adults who come out of early childhood with secure attachment are more likely as adults to continue in their parents’ religion.

Adults with insecure attachment may react to that inner insecurity by rejecting their parent’s religion.

The reason for this is that people with a secure attachment tend to enjoy satisfying and stable relationships. But those with attachment insecurity struggle throughout life with issues of intimacy and trust. And, according to studies, adults with insecure attachment may react to that inner insecurity – that hole that never quite got filled – by rejecting their parent’s religion.

In a study of 153 Jews (mostly Orthodox), for example, who had converted either to or from Orthodox Judaism, researchers found those who converted away from their parent’s religion reported higher rates of insecure attachment. They may also be “particularly prone to radical conversion,” as they have lower tolerance for emotional pain and may seek to find in religious extremism a substitute for the security they lack.

This is not to say all adult children with insecure attachment reject Judaism or convert. Individuals are influenced by many factors. But when the experiences of large numbers of people are analyzed, this is the tendency. And the numbers show the importance of this finding: While about 55 percent of the general population has secure attachment, the other 45% have insecure attachments of various types.

First, parents can strive to raise their children with attachment security. This requires that a consistent attachment figure be present at least for the first eighteen months to two years of life. This is not a gender-specific role; it could be mother, father, grandparent, and nanny, among other possibilities. But someone has to do it.

No simple correlation has been found between the lengths of time a mother or other caregiver spends with her child and his ultimate emotional health. Instead, the key is the degree of sensitivity – what is sometimes termed “attunement.”

It’s about learning to read your baby’s signals and responding. “Secure attachment resulted when a child was hugged when he wanted to be hugged and put down when he wanted to be put down,” psychologist Lewis Thomas and colleagues have written.  When the infant is hungry, the parent knows it and feeds her, they explain. When the infant begins to tire, his parent feels it and eases her transition into sleep.

Frequent and close physical contact with babies can help parents learn to read baby’s signals and become better attuned. Some do this by breastfeeding, by “wearing” their baby in a sling or other carrier at least some of the time instead of always using a stroller (which has the added advantage of freeing up the parent’s arms and hands), and by co-sleeping with the baby in the same room.

But attuned care is not about “hovering” or always being physically attached to a child. Instead, it means learning to read a child’s cues and responding sensitively.

A close, loving relationship between parents and children is such a fundamental Jewish value, for example, that we are told in the Bible that the Messianic age will come when “the hearts of the parents are turned to the children and the hearts of the children are turned to the parents” (Malachi 4:6) The Jewish ideal of shalom bayit – a peaceful home – envisions a setting to foster the kind of focused parenting needed to create attachment security. And the Jewish emphasis on home-based celebration – particularly Shabbat – can be a weekly reminder to even the youngest children that at home they truly can feel lovingly secure.

Third, parents of older children can still promote security in their children by using Jewish rituals and practices to make the home part of what psychologists call a “secure base.” The Shabbat dinner table and a backyard sukkah are among the regular places this can happen. Those who stay committed to Judaism, writes clinical psychotherapist Aviva Bock, “will be those who have experienced their primary attachments and thus many of their most impressionable experiences in their lives in a Jewish context.”

If we’re serious about wanting our children to continue their heritage and as adults to live as Jews, we must also embrace the very first steps in this process. Those begin at birth and require a secure attachment.

Peter Lovenheim lives in Washington, D.C. His book, The Attachment Effect: Exploring the Powerful Ways Our Earliest Bond Shapes Our Relationships and Lives will be published by Penguin Random House on June 5

How to Improve Your Child’s Behavior

How do I talk to my kids about the fact of life?

Does being Jewish mean I'm different from my friends?

Guess Who's Coming to Dinner?