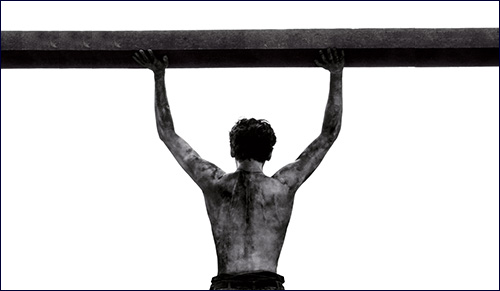 For two years, while writing the bestselling book Unbroken, Laura Hillenbrand never left her house. The chronic fatigue syndrome that she has been struggling with since college made her constantly dizzy and exhausted. She conducted all of her interviews for the book over the phone, and some days she literally had to crawl from her bed to her computer. Other days the vertigo prevented her from being able to read and write, and Laura did research by listening to audio books about World War II.

Unbroken describes Louie Zamperini's harrowing and inspiring life story of survival and incredible resilience. It covers Louie’s stint as an Olympic runner in the 1930s, his service in the United States Army Air Corps during WWII, his crash at sea and 47 days surviving on a life raft, then his capture and torture by the Japanese. Perhaps Laura Hillenbrand, the bestselling author of Seabiscuit, was drawn to Louie's story because of her own debilitating challenges that she managed to overcome. 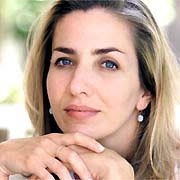 Her sickness was also a lonely journey because chronic fatigue syndrome is so difficult to diagnose; even her own mother didn't believe her when she said she was in pain. "She was not supportive and that was the hardest thing of all. When almost everyone in your world is looking down on you and condemning you for bad behavior, it's very hard to not let that point of view envelop you, until you start to feel terrible about yourself. I just began to feel such deep shame, because I was the target of so much contempt," Laura said in a December interview for New York Times Magazine.

Laura sank into a deep depression when she was forced to drop out of college years ago from the exhaustion, and one day she poured a bottle of pills onto her bed and looked at them for an hour. She couldn't bring herself to commit suicide, but she couldn't figure out how to live either. Against all odds, Hillenbrand has since written two of the most successful nonfiction books which have together sold more than 10 million copies.

Because of her illness, during the writing of Unbroken, Laura interviewed Louie over the phone hundreds of times over a seven-year period before he was able to fly from California to her home in Washington to meet her. "I thought it was actually an advantage to be unable to go to Louie. He became a 17-year-old runner for me or a 26-year-old bombardier. I wasn't looking at an old man," she said in her NYT’s interview.

Laura believes her disease helped her form a special connection with Louie as she asked him thousands of questions about his life story; she understood where he was coming from because she knows what suffering feels like. "I have been in very, very dark places in my life, largely because of this disease. And it has given me an understanding of suffering that I think you can only get firsthand. And Louis and I talked about what I had been through...And he understood that I knew what he was talking about. When he was talking about suffering, I knew something about what it felt like. And I think it enabled him to open up." 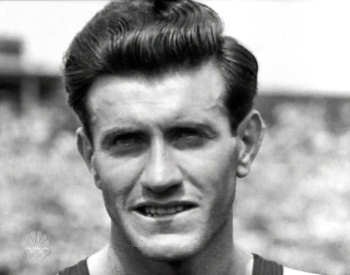 Louie Zamperini is his running days

In Unbroken, the basis of Angelina Jolie’s just-released film, Laura is able to bring to life Louie’s rise to fame as an Olympic runner and his terrible suffering as a prisoner of war. She captures Louie’s superhuman endurance as he struggles both with the loss of his dreams, the terror of war, and being singled out for special abuse by a sadistic Japanese guard nicknamed “The Bird.” Rabbi Shimshon Dovid Pincus described the value of that kind of incredible determination. “Some people despair of ever achieving their goals. They simply give up. But a wise person does not despair. King Solomon was wiser than us all and he said: A righteous person will fall seven times and get up. (Proverbs 24:16) That's the way it works. We get up, fall and get up again. That is the key to it all." (Rav Pincus, Nefesh Shimshon: Gates of Emunah, p. 123)

But perhaps the greatest lesson in adversity that Laura teaches us in Unbroken, which unfortunately is not shown in the movie, comes after the war when Louie returns to ordinary life. Hillenbrand gives us a detailed portrait of Louie's weak body and crippling anxiety after the war. "Louie was wrecked… By day, he couldn't stop thinking about the Bird. Louie regularly woke screaming and soaked in sweat. He was afraid to sleep.” Unbroken depicts Louie's terrifying descent into addiction to escape from his pain, and then with the emotion that only someone who can understand what it feels like to stand up again after a lonely fall, Laura describes how Louie picked himself back up and ultimately forgave his tormentor. "When he thought of his history, what resonated with him now was not all that he had suffered but the divine love that he believed had intervened to save him. He was not the worthless, broken, forsaken man that the Bird had striven to make of him. In a single, silent moment, his rage, his fear, his humiliation and helplessness, had fallen away. That morning, he believed, he was a new creation." (Unbroken, p.383) 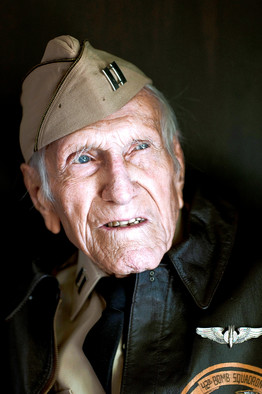 From a tortured soul who lamented his lost chance to be the first runner to break the four minute mile and a prisoner of war who couldn't free himself from his nightmares, Louie became an inspirational speaker and writer who encouraged others to never give up in their quests to create extraordinary lives. And through the telling of his story, Laura perhaps healed a part of her own broken story.

We are all broken in different ways at different times. What separates the extraordinary lives from the ordinary ones is how we see and use our brokenness. Is it something that we have to fight against, to succeed despite our adversity? Or is our brokenness something that we embrace and use to make our lives whole? As Laura's own courageous story and moving book on Louie's life teach us, we can redeem our own brokenness by using it to write new stories and build extraordinary lives.

How Kronk Became a Jewish Icon
It Takes A Lot Of Faith To Be An Atheist
How Instagram Brought Back This Nostalgic Soup
What Makes Eli Run?
Comments
MOST POPULAR IN Jewlarious
Our privacy policy