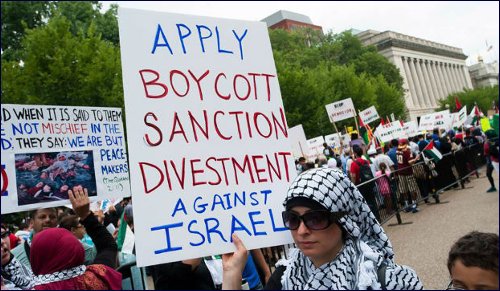 An open letter to the students of Tufts from one of its Assistant Professors.

My name is Dr. Jacob Freedman and I’m an Assistant Professor of Psychiatry at Tufts University School of Medicine. Since 2013, I’ve had the honor of serving as a teacher and a mentor for medical students at your school in my capacity as an academic physician at Newton-Wellesley Hospital. I’m proud to work with your fellow students and they’ve largely enjoyed the experience as well, having nominated me for multiple teaching awards which I received in 2014 and 2016.

I’m writing to you because something strange happened earlier this month when the University’s Student Senate passed a resolution entitled, “A Resolution Calling for Tufts University to End Investments in the Israeli Occupation.” As a faculty member of the University, a scholar dedicated to supporting academic freedom, and a dual-citizen of both America and Israel, I cannot stand by and allow such an action to go unanswered.

Let us review the facts: Israel is the lone democracy in a sea of military, theocratic, and monarchic dictatorships throughout the Middle East (for respective examples please see Turkey, Iran, and Saudi Arabia). Israel is dedicated to protecting personal religious freedoms – for major religions as well as ethnic minorities such as Armenians, Druze, and Assyrian Christians – as well as freedom of press and enterprise. Israel’s profound ethical code extends to even hostile enemy combatants (including those from Hamas and Hezbollah) who receive free medical treatment at world-renowned hospitals.

So why then would the Tufts University Student Senate choose to single out Israel? Is standing against war crimes in Darfur too passé? Have people forgotten about the Saudi government’s gender-apartheid laws prohibiting female drivers? Is there no one who cares about the thousands of “honor killings” that occur each year in Pakistan where the government is frankly complicit?

I should be very clear that I don’t believe there is a sinister plot to target Israel amongst the members of the Student Senate at Tufts University. Rather I see this action as tragic casualty of misinformation.

Therefore I call upon the members of the Student Senate to come and visit Israel. Beyond the Dead Sea and other tourist traps, come and see the “Israeli Occupation” at its finest. Witness first-hand how modern ideas and new technology have improved the lives of millions irrespective of their ethnicity or religion. Since 1967 – when Israel won a defensive war against six genocidal Arab armies – people of all faiths living in the West Bank have had access to running water, electricity, literacy programs, free healthcare, and other necessities that much of the non-Western world still lacks.

Come and visit Ariel University where students of all creeds can study anything their heart desires without fear of governmental persecution. Come and visit the Pesagot Winery where Arab and Jewish farmers work side-by-side to craft world-famous wines. Come and visit ancient Shiloh, Hebron, and Jerusalem (remember that Jerusalem is considered “Occupied Territory” by some) where the great figures of the Bible walked and where the future of the Jewish People continues to unfold.

Dr. Martin Luther King Jr.made zero reference to “occupation” and never once considered “Boycott, Divestment, and Sanctions” of the Jewish State when he famously said, “When people criticize Zionists, they mean Jews…you’re talking anti-Semitism.” In the case of the recently-passed resolution, I’d still like to judge favorably and hope that there isn’t an issue of anti-Semitism, rather that there is one of misinformation. Therefore I hope that students will come to see the Jewish homeland and learn about all of the amazing things happening here. And if it’s too big a shlep to come and visit, let me know and I’ll be happy to come and visit you to speak at Tufts University.

In addition to a lot of anti-Israel rhetoric, the resolution also calls for the University to screen its investments for human rights compliance. This is a fantastic idea and I immediately urge the Student Senate to look into the human rights violations perpetrated by governments in countries such as China, Russia and Turkey where the is no such thing as freedom of press, religion, or the rights to a fair trial for political dissidents. I further demand that the Student Senate use all of its resources to condemn the recent chemical weapon attacks in Syria – and the development of nuclear weapons in Iran and North Korea – in the strongest terms.

Dancing with the Torah
Scientific Curiosity and the Divine Encounter
Mind Over Milkshakes
Love the Convert
Comments
MOST POPULAR IN Israel
Our privacy policy
Aish.com Is Looking for Great Writers