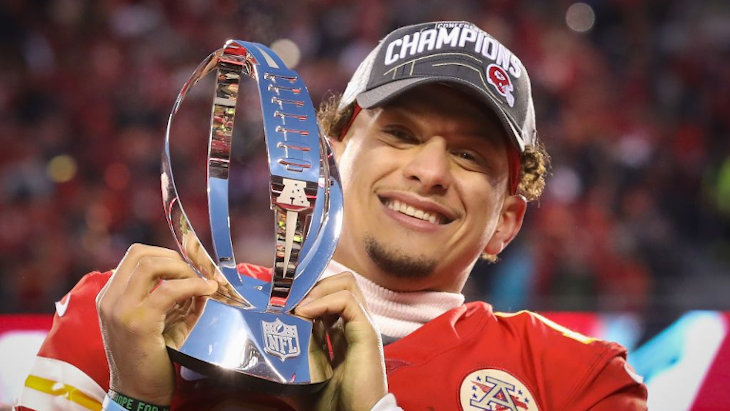 Life is going to throw us curveballs. The mark of our character is how we face them: head on with courage or giving up in frustration.

I know you don’t need to hear about the Super Bowl from me. You can go to espn or nfl.com for an analysis of the plays and the players. I never watch the half-time show – that’s my time to schmooze with my hostess. So what can I possibly say about football’s biggest night?

Even what I am going to say is not really new but – as a friend of ours once said at an academic conference, “Everything has been already said but it hasn’t yet been said by everyone!” – but I think it is relevant to all of our lives and shouldn’t just be left on the football field, so to speak.

Let’s face it. Most of the game was pretty boring. Neither offense was making spectacular, exciting plays. Defense was the name of the game. As my son kept telling me, with the wisdom of a football sage, “A good defense always trumps a good offense.” (Maybe he’s eating his words!) While often true, it doesn’t make for a particularly interesting game. And the one player, Patrick Mahomes, from whom we expected the big plays, the drama, the spectacular passes, was seemingly MIA.

“He’s young,” I said to my husband as we tried to match his age, 24, with one of our youngest children. “He’s inexperienced.” “He’s probably very nervous.” “He’ll mature with time…” I was feeling sorry for him, empathic, a little parental…

And then, contrary to my expectations (I even sent a text to my aforementioned son saying “this game is over”) he rallied and after 3-1/2 dismal quarters, led his team to victory. I was looking for spectacular and I got it. I turned away for a minute and missed a touchdown! But again, you don’t need me for any of this.

What struck me about the Kansas City victory and the play of this quarterback was the way he kept his head. In a world of oversized expectations and sense of entitlement, of immediate gratification, the frustration quotient is very high. Among all generations but particularly the young, if success isn’t immediate, we tend to quit, or blame others. We pound the ground in frustration and throw very adult-size tantrums. I see it all around me. Bad grades on a test, a missed college acceptance, a blown job interview, a relationship gone awry – frequently we (and our offspring) don’t have the resilience, the flexibility, the get-up-and-go required to keep pushing forward.

And that’s a shame. Because that is really a crucial trait for success in life. And that seemed on display Super Bowl night. Yes, Mahomes is a professional but he’s also a kid. It would have been easy to give up. We would have understood. “He choked,” we would have said. “It was too much for him.” “He’ll grow into it.” We would have excused him the way we excuse our children and their friends – and even ourselves.

But he didn’t. He kept his head and literally rallied his troops. And we need to do the same. We need to train our children and ourselves to get back on that proverbial horse, to not give up so easily, to not let frustration control us.

And to keep working. After last year’s loss, Mahomes apparently called his trainer about restarting his workouts – immediately. He didn’t curl up in bed and moan and groan about life’s unfairness. He got back to work instead.

And so there really is something important to learn from this year's Super Bowl (I need to rationalize the time spent sitting watch sports!) – and I’m not even discussing his constant praise of his teammates, his apparent lack of if not ego, certainly egotism.

Life is going to throw us curveballs, challenges aplenty. The mark of our character is how we face them – head on with courage and trying to move forward putting our best self out there – or giving up in frustration – or, even worse, blaming others.

Patrick Mahomes’ has some God-given gifts – but it’s his choice what he makes of them; it’s his choice to make the most of them no matter the circumstances. And we all have the same choice. Even though millions aren't watching us, the individual stakes are still the same.

Preventing the Next Heart Attack

I’m Going Out of My Mind