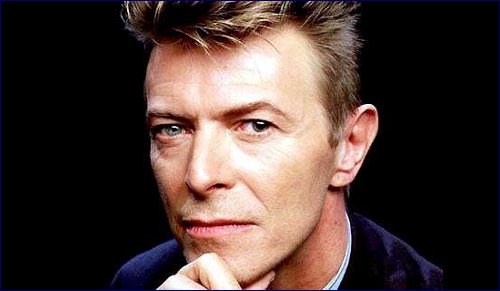 The world will miss his eccentric, musical genius.

Whether you’re old enough to remember his concert performances as the alien rock star Ziggy Stardust or young enough to recognize him from his role as Jareth, the Goblin King in George Lucas’ movie Labyrinth, David Bowie was unique and his death this past Sunday, after an 18-month battle with cancer, is a loss many are feeling around the world.

Calling David Bowie eccentric is like calling Michael Jackson a “regular guy.” But in spite of his bizarre and frequently inappropriate public appearances – including the thoughtless Nazi references – David Bowie was tremendously innovative in music and show business as a whole.

The Kabalistic writings of Rabbi Isaac Luria teach that there are “sparks of holiness” in everything. In that spirit here are my top five David Bowie lyrics that convey some wisdom.

1. Fame – “Fame, puts you there where things are hollow.” A person should know that all the glory in this world is worth relatively little without a positive sense of self. This is a theme repeated by Mr. Bowie in his hit song Changes – “Every time I thought I’d got it made it seemed the taste was not so sweet” – for finding success on the charts isn’t necessary all it’s cracked up to be. As King Solomon once taught, “’Vanity of vanities,’ said the teacher, ‘all is vanity,’” (Ecclesiastes 12:8).

2. Space Oddity – “Tell my wife I love her very much…she knows.” This song tells us of a celebrity astronaut who asks his colleagues back on Earth to send a message to his better half. While I wouldn’t necessarily recommend taking marital advice from Mr. Bowie, consider how important it is for a person to always let his loved ones know how much they are appreciated. I’ve met more than a few pairs of octogenarians who attribute long and happy marriages to constantly respecting each other. Apparently getting a dozen roses for your wife isn’t something that grows old after six decades.

3. Chilly Down – “Don’t got no problems/ain't got no suitcase” This can be viewed as an allusion to Rebbe Nachman’s famous quote, “It’s a tremendous mitzvah to always be happy.” A person has to be careful not to let any emotional baggage overwhelm them in their quest for personal peace.

4. Under Pressure – “Why can’t we give love that one more chance?” The Talmud (Yoma 9B) describes that the Holy Temple was destroyed because of senseless hatred between Jews. If this is the case, then the rectification of this destruction must naturally require senseless love between Jews. We must not only pray for the rebuilding of the Holy Temple, we must also be physically engaged in rebuilding it by strengthening our relationships with each other. Giving “love one that one more chance” is absolutely a good idea.

5. All The Young Dudes – “All the young Jews carry the news.” Ok fine, I know this is a play on words and Mr. Bowie really said “Dudes” instead of “Jews” but it rhymes and I can’t be the only person who’s made these changes at a karaoke party. But the rest of the world looks to the Jewish People as “a light unto the nations” and expects us to be the standard of morality. We shouldn’t let them down.

"Who is the wise man? The one who learns from everyone!" (Ethics of the Fathers, 4:1) There is wisdom everywhere and trying to find it – even in the songs of David Bowie – is a very Jewish thing to do!

The author would like to thank his dear friend Avraham Moshe Goldberg for assisting in the exhaustive research required to compile this article.

Going for Gold
Don’t Believe in Other Gods Versus God is One
Seeing Without Eyes
Why Shouldn’t We Eat Whatever We Want?
Comments
MOST POPULAR IN Current Issues
Our privacy policy
Aish.com Is Looking for Great Writers