The History of Hatikvah 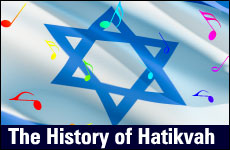 In celebration of Israel’s birthday we examine the history of our national anthem.

Israel, our homeland; a small country that stands for huge ideas and ideals. This small country took a barren desert, surrounded by enemies, and turned it into a lush land, wealthy in its values, and remarkable in its achievements for the region, and for the world.

With the anniversary of Israel’s independence upon us, let us celebrate by looking at our anthem, Hatikvah which has been the voice of Jews for over one hundred years.

The history of the lyrics and melody, much as Israel, is complex, and told in slightly different ways depending upon the source. We do know the lyrics were adapted from the nine-stanza poem, “Tikvateynu” (“Our Hope”) written in 1877 by poet Naphtali Herz Imber (1856-1909) from Galicia, in the wake of the establishment of Petah Tikva, one of the first Jewish settlements in Ottoman Palestine.

The history of the lyrics and melody, much like Israel, is complex.

Imber, a prodigy, began writing poetry at the age of 10, and later received an award from Emperor Franz Joseph. An ardent Zionist, Imber moved to the land of Israel in 1882 as secretary of Sir Laurence Oliphant. In 1886, he published his first book of poems in Jerusalem, entitled Morning Star (Barkai‎) which included “Tikvateinu.” His passionate poem, which also strongly expresses the ancient hope of the Jewish people to return and reclaim our ancient homeland, touched the soul of the Jewish people, and was adopted as the anthem of "Hovevei Zion" (Lovers of Zion) and later of the Zionist Movement at the First Zionist Congress in 1897. Imber died in New York in 1909. In 1953, he was re-interred at Har HaMenuchot in Jerusalem.

What we think of as a Jewish melody, actually dates back to the 17th century, and its roots are Italian. Composer Giuseppino Del Biado (d. 1616) is credited with the tune in his song, “La Mantovana” which starts. "Fuggi, fuggi, fuggi dal questo cielo" (“Flee, flee, flee from this sky”), and initially appeared in print in his 1600 collection of madrigals. It was later known in Italy as "Ballo di Mantova." The haunting melody spread throughout Europe under various titles, such as "Pod Krakowem" (a Polish folk song); "Kateryna Kucheryava" (Ukrainian); “Virgen de la Cueva" (Spanish), and was the basis of composer Bedřich Smetana (Czechoslovakia/Moldavia) symphonic poem celebrating Bohemia, as “Moldau/Ma Vlast” or “Die Moldau.”

Generally, Samuel Cohen is credited with the 1888 adaptation of the melody we now know of as Hatikvah. But here, there has been a dispute with some crediting Nissan Belzer. The origin of the music has also been disputed. Cohen claimed it was based upon the Moldavian/Romanian folk song he heard as a child.

Or... it was based upon other Jewish liturgical sources, such as the Sephardi Hallel (17th century) and Tefillat Tal, the Prayer for Rain.

If we accept the prevailing thinking, Samuel Cohen’s story is probably closer to the emmes. Cohen received no payment or “royalties” and whether you believe this or another theory, there’s no need to worry about copyright infringement!

However, each of the various musical derivatives, including Hatikvah, shares many structural similarities to “La Mantovana.”

In its current version, Hatikvah incorporates only the first stanza from the original poem. The remaining stanzas focus on the establishment of a sovereign Israeli nation, a hope fulfilled with the founding of the State of Israel.

This unique combination is magical. Hatikvah has been sung by Jews in times of horror and joy – and even banned.

• The British Mandate government briefly banned its performance in 1919 due to Arab anti-Zionist political activity.

• In 1944, Czech Jews spontaneously sang it at the entry to the Auschwitz-Birkenau gas chamber and, as reported by a member of the Sonderkommando, were beaten by SS guards.

• In a BBC recording (April 20, 1945) Jewish survivors of the Bergen-Belsen sang Hatikvah, five days after liberation.

As long as deep in the heart,
The soul of a Jew yearns,
And forward to the East
To Zion, an eye looks
Our hope will not be lost,
The hope of two thousand years,
To be a free nation in our land,
The land of Zion and Jerusalem.

Much like Israel itself, there have been differences of opinion regarding the lyrics. Some observant Jews feel the anthem lacks specific Jewish references without the mention of God or Torah, and have switched the word “chofshi” (free, alluding to a non-religious Jew being free of mitzvot) with the word “kodshi” (holy), reading the line: "To be a holy nation," referring to the verse in Exodus 19:10: “You shall be for Me a kingdom of priests and a holy nation.”

Rabbi Abraham Isaac Kook objected to the secular aspect of Hatikvah and wrote an alternative anthem titled HaEmuna” ("The Faith"). However, Rav Kook did not object to singing of Hatikvah and endorsed it, as he had great respect for secular Jews, indicating that even in their work it was possible to see a level of kedushah (holiness).

Over centuries the adaptations of these words of hope have endured. While the harmony of Hatikvah, in minor key, unusual for a national anthem, sounds mournful, as the title "The Hope" and the words suggest, the lyrics are optimistic and uplifting.

Despite controversy, the lyrics and melody have the power to speak to the human soul, to recount our dreams, our yearnings, and our determination.

“Our hope is not yet lost… To be a free nation in our own land.”

Today, Jews throughout the world sing our anthem at the start of services, and through the lyrics and melody, remember our fore bearers with tears, and our homeland with joy – and hope. 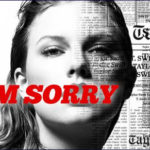 Alexander and the Jews9 min read 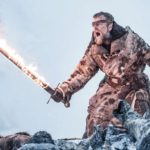