The Search for a Real Man 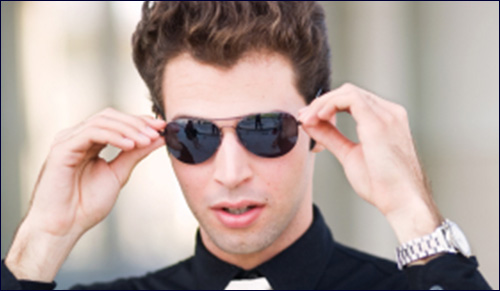 To all the women out there looking to marry a Manly Man.

It is the nature of being single. Countless hours are spent discussing the love of your life who, for all practical purposes, refuses to actually exist.

Still, I was perplexed when one of my friends dreamily described the kind of guy she was seeking.

“I want a Man,” she sighed. You could hear the capital M.

My grandmother says it all the time. ‘Just catch a mensch,’ (the Yiddish word for man). As if all it takes is putting a worm on a hook.

Now I was lost.

“You know!” she continued as if it was obvious. “A guy with a little bit of hair on his chest.”

First of all… ew.

What is the definition of a Man?

Second of all, I studied biology in college. Since when is a Y chromosome not enough to qualify a male as a Man? What quantifiable and objective measures are there to measure Manliness? At what point is one qualified to write “I am a Man” on his resume?

In my quest to identify a Manly Man, I have discovered quite a number of different types of males:

The Tough Man: Mel is a Jew known by all as ‘Dragonman.’ He owns a shooting range, has 10+ tattoos, and custom-makes motorcycles. Oh, and he created a military museum.

The Chivalrous Man: Raymond is an embodiment of a character from a Jane Austenesque classic. A regular dandy, Ray wears a bowler hat that is tipped for every woman he passes. Not in a weird way. It just fits.

The Providing Man: Dr. A is an orthopedic surgeon. Dr. A has perfect teeth. His wife has never worked a day in her life. His children seem to be perpetually sparkling with cleanliness. And there is always, always, someone working on his lawn.

There are more types of men: Sensitive, Child-like, Inquisitive, Brilliant, and many others. But none of the above is the quintessential Man.

So who’s an example of a Man, you ask?

Yes, the biblical one. He was an accomplished guy. Not only did he lead an entire people out of slavery and get the 10 commandments (twice, no less), but God frequently touched base with him.

But you know the coolest thing about Moses? He was Manly.

Mankind was created with the faculty of thought. With a sense of right and wrong. With the power to go beyond animalistic desires and drives. Only a Man has the strength to follow his moral compass and greater beliefs to travel past the boundaries of self-serving instincts.

There was this one time when Moses walked out of his grand palace and witnessed something horrific. An Egyptian taskmaster was mercilessly beating one of his Hebrew brethren to within an inch of his life.

He proceeded to kill the cruel Egyptian and bury his body in the sand.

Jewish Sages explain that numerous people were indeed standing to the right and left of Moses. Many people watched in horror. But no one was man enough to stand up for what was right.

Knowing the difference between right and wrong is one thing, but having the courage to stand alone in the face of adversity… that takes strength. That takes a Man with a capital M.

So you want to find a Manly Man? A real Man?

Find the kid who calls out a bully in school. Find the guy who picks up that piece of trash that has been passed 100 times. Find the father who sacrifices a few extra dollars in order to read to his children at night. Find the person who forgives easily.

Find a guy who is able to hear an opinion opposite his own and remain calm and collected.

You want a Man?

You keep your chest hair; I’ll take a mensch.

5 Things to Know when Writing a Love Letter

Four Ways to Marry the Wrong Person
The Promise Of The Land
Which Chat Are You On?: Parshas Behar/Lag Ba’Omer
Do You Like Slow-Cooked Food? Thank the Jews
Comments
MOST POPULAR IN Dating Wisdom
Our privacy policy