The Long Road to Heaven 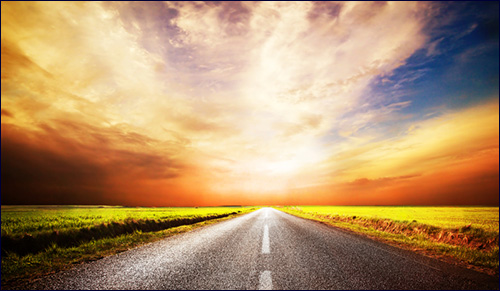 If God loves us, why did He place us in such a dark and evil world?

As one of the rabbis on Aish.com’s Ask the Rabbi service, I find that many people are bothered by the following theological question. If God really loves us and wants what’s best for us, why didn’t He just put us straight in Heaven? Let us enjoy a relationship with Him right away! Why did God create such a dark and distant physical world, insisting that we first observe His mitzvot and overcome challenges, only afterwards rewarding us with the World to Come – if we pass our tests? Why expose us to so much evil, pain and temptation beforehand?

Perhaps one would answer that we are not ready for a relationship with God in our current state. We are too coarse and physical today to connect with the infinite. We must first improve and develop ourselves, making us more spiritual and able to enjoy a relationship with the Divine. But if so, why did God have to make us so physical in the first place? Why couldn’t He have created us as angel-like beings, ready to enjoy the ultimate pleasure of closeness to God from the start? Can’t God do anything?

I would like to discuss three approaches to this issue. But in truth they are all the same answer – three angles to the same fundamental truth. Each point of response will introduce us to yet a deeper and more profound understanding. Let us get started.

On the simplest level, if a person receives reward for that which he did not do, it would not be reward. It would be embarrassment. If God would “reward” us by giving us the World to Come for free, we would not enjoy it. We would feel the same shame and humiliation a person experiences in this world living off of charity and handouts. It shames a person to admit his dependence on others – that he could not support himself through his own efforts but must subsist through the beneficence of others. In the spiritual world that feeling is no less – in fact it is infinitely more intense.

The Kabbalists refer to such unearned reward as “nahama d’kisufa” – the bread of shame. Whenever we receive something we did not earn, we feel just a little bit compromised. We are a little less “real,” a little less fulfilled.

We would never feel close to someone who gave us that which we did not deserve.

The Sages likewise state: If one eats at another's table his mind is never truly at ease (Avot d'Rav Natan 31:1). It is uncomfortable at best to live off of others, to take that which we did not earn. If another person supports us and we give nothing in return, we would never feel close to that person. We would not so much as want to look him in the face.

The same is true of the World to Come. If God would place us there and begin “rewarding” us for nothing, we would never enjoy it or feel close to the God who granted it. It would only create in us a crushing sense of worthlessness and dependence. Our reward would not be deserved – and we would know it – eternally.

Creating Something from Nothing

But it is even deeper than this. In the physical realm we are familiar with such concepts as the Law of Conservation of Energy. Energy cannot be created from nothing (ever since God's initial act of creation). It can be concentrated, diffused, directed, and converted (even into matter if you have enough of it and you know what you're doing), but it can never be created or destroyed.

The same is true in the realm of the spiritual. Reward which is unearned is not only too embarrassing to accept. It by definition cannot exist. God cannot, so to speak, “reward” us for nothing. If our reward is earned, it is the natural outcome and extension of our efforts. It is our own independent creation. If we have done nothing, reward does not and cannot follow.

Thus, to truly reward us, God had to give us the opportunity to earn our reward. To allow for this, He created a physical world – one of darkness and distance from Him (or at least apparent distance from Him). Serving God would be a challenge. We would have to discover God through physical layers of separation and indifference. We would have free will – the possibility for evil and destruction would exist – and we would have to exercise that freedom with care to come closer to God. In this way our lives and actions would be meaningful, and our ultimate reward would be ours. We will have a true and eternal existence – knowing that we have earned it through our own everlasting accomplishments.

There is an even more fundamental dilemma contained within this – one which goes to the core of man’s very existence. Man as a created being is not truly “real.” If a person is created by God and never achieves on his own, he is no more than an extension of God. He is no more independent of God than a painting is of its painter. And such a person will live with a crushing sense of inexistence. I do not truly have reality; all I am is a projection of a bit of God's wisdom and might. But I am not real. And having a functioning heart and operating brain does not really alter that basic, debilitating sensation.

If I have never done anything to justify my existence, I am not even real.

We now arrive at the crux of the issue. We began by stating that unearned reward embarrasses its recipient. We then stated that in a logical sense, there is not even such a thing as unearned reward: it cannot come to be from nothing. On the deepest level, however, if I have never done anything to justify my existence, I am not even real. I am a passive, created being, nothing more than an extension of the God who created me – almost a figment of His imagination. And this is the crushing and debilitating sense of inexistence which plagues and hounds the truly thinking human being to no end – and drives him to the ends of the earth to achieve immortality. (This was even the sense that drove Adam and Eve to eat of the Tree of Knowledge – but for a separate discussion.)

I am – and there can be no greater joy.

How does a human being make himself “real”? Through accomplishment, by exercising his free will and choosing good. When from my own volition I choose good when I could have chosen evil, I have made something of myself: I have struggled and won. And this not only earns me reward; it grants me existence. I am not merely a being fashioned by God, functioning as my Creator programmed me. I have accomplished! My deeds are my own! God didn't do them for me! They are my own creation, brought about by my own free will. And this grants me reality and eternal life. I live forever because I have performed deeds of immortality. I am – and there can be no greater joy.

We can now begin to appreciate what the World to Come truly is. It is not merely a place of reward. It is a place of existence. Until I have achieved and justified myself, I am not truly real. I am a mere extension of God, no more capable of a relationship with Him than a sculpture can have with its sculptor. But when I create my portion in the hereafter I earn my existence. I become my own being, independent of God – and one who can both love and be loved by Him. The World to Come is the place of such closeness. We exist and are eternal – and as a result, we can bask eternally in the ecstatic glow of the Divine Presence.

Your 10 Guiding Principles for Life
Is Grease the Word?
Dried Fruit Compote
Scientific Curiosity and the Divine Encounter
Comments
MOST POPULAR IN Philosophy
Our privacy policy
Aish.com Is Looking for Great Writers