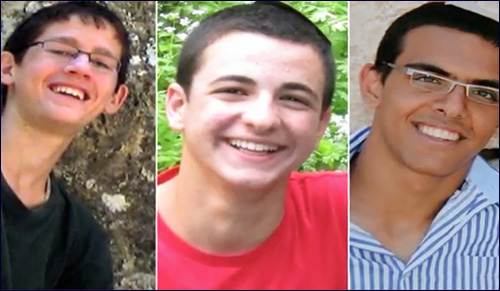 When Jews from all over the world came together for what really mattered.

The Jewish nation is one big question mark in history. Having been persecuted throughout the generations, in the natural course of events we should have been gone as a people many years ago. Yet, defying all the odds, the Jewish nation lives and thrives.

This has become known as the “Jewish question.”

Historians have come and gone, each grappling with their own unique theory, but coming to no conclusive answer. Mark Twain, in a particularly famous essay titled “Concerning the Jews,” ended off with a question mark.

“What is the secret of his [the Jew’s] immortality?” were his words. No one since has been able to answer.

What all these scholars have been missing is perhaps the most important point regarding the Jewish nation: when we suffer, we suffer not as individuals, but rather as a people. This factor forms our backbone and ensures our survival.

The reason this crucial aspect is so overlooked is because its reasoning is so seemingly incomprehensible.

We are the first to admit that we have a long history of divisiveness and discord. From the time of the destruction of the Second Temple and continuing on until today, we have never truly been whole. How then is it possible for us to suddenly unite in times of pain? This question is not just about a historical paradox, but rather the core of the Jewish religion. The Torah, given to Jews over 3,000 years ago, is what transformed us from a group of freed slaves to God’s chosen people.

The Talmud documents Hillel – a great Talmudic sage – as saying that the underlying message of the whole Torah is one: love your fellow Jew as yourself. In short, love and unity among Jews is the nucleus of our religion.

However, we’re a nation that has been scattered across the world and splintered into many different factions.

Many of our groups have absolutely nothing in common aside from their shared religion. Is it fathomable that our religion be based on something unattainable? The answer, I believe, is what creates our power as a people. Although we may not be similar to one another, although we may not have any single common element other than our shared religion, we still have the ability to unite and come together. Our mutual title of Jew is enough by itself to connect us and bring us together in a shared destiny.

This connection is not physical or tangible, which is why so many fail to take notice of it. But it is perhaps the most important facet of the Jewish people.

In a family, brothers can be different as night and day, yet it is they that develop the strongest bond. No one asks questions about their relationship, because the fact that they are brothers answers everything.

It’s the same with the Jewish people. Just as brothers don’t need anything to bind them, we too don’t need to have anything in common. But as with a brother, it is us that can build the greatest relationship.

Last summer was a tumultuous one for the Jewish people. War raged in Israel, with many of our finest young men being cut down in battle. Anti-Israel protests erupted across Europe, as anti-Semitism once again reared its ugly head. Yet, despite all the pain, something historic came out of this saga. Something essential for our continued survival.

But there was something beyond these heartrending circumstances: these three innocent boys somehow became a symbol of who we are. Jews from all over the world came together in prayer, all momentary squabbles forgotten for the moment. We were united in our goal; united in our pain. It was black hats together with knitted kippot, non-religious together with religious.

Everyone came together for what really mattered.

We marveled at what was happening, amazed at our newly found closeness. But we didn’t realize one thing: when someone’s brother is hurting everything else is forgotten. It’s the same with us Jews. When someone strikes one, he strikes all. We are one family, and we suffer together, all friction put aside for the time. Our reaction was only natural.

But the unity doesn’t have to stop at that. Our connection continues to exist as long as we as a people do. It’s sitting there by the surface, just waiting to be utilized.

The world today is in turmoil. It’s a simmering cauldron just waiting to explode. With terrorist organizations wreaking havoc in the Middle East, and Iran in formidable reach of a nuclear bomb, things just seem to keep getting worse. The only way we can get through these times is as a united nation.

It is difficult for us to bridge our enormous gaps, but the rewards are innumerable. God’s foremost blessing is peace. All we need to do is tap into our unique connection.

To rephrase a famous saying; instead of Rodney King’s plea of “Can we all just get along?” for Jews it should be: “Can’t we all love each other?” Zionists joining together with haredim, uncovered heads coming together with yarmulkes. Our differences are minute compared to who we are as a people. Let us join together and finally bring an end to our sorrows.

Menachem Joel Spiegel is a student involved in political science, and has just finished his first book, a history of Manhattan’s historic Lower East Side.

Apologies to the Jewish People

Ancient Coins Tell the Story of the Jewish People
The Softball Player
How This 6 Generation Bread Baker Brought Back Israel’s Ancient Grains
Olivia Newton John’s Grandfather was a Nobel-Prize Winning Jewish Physicist
Comments
MOST POPULAR IN Israel
Our privacy policy
Aish.com Is Looking for Great Writers